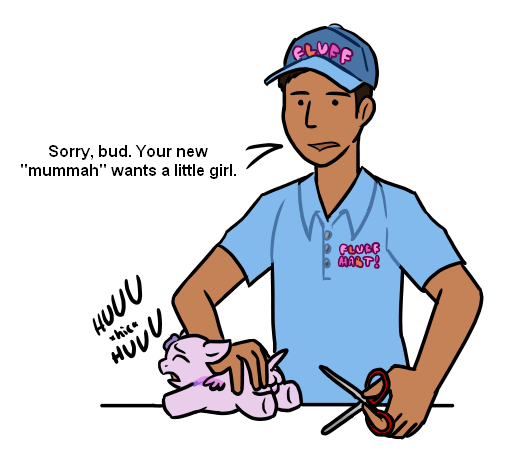 Wow! Ambivalence! I am wondering if its the lady requesting castration or the employee trying to make a sale.

Also: cute little foal there. I really need to try drawing some like that.

Kind of looking forward to ESF posting the story that this scene is the prelude to.

Using scissors for castration…is this his first day at FluffMart?

It seems that the quality of Fluffmart employees depends a lot of who is writing/drawing.

Hey, just cut off the dick and leave the balls. He will make himself a mare with enough time.

Assuming she doesn’t want a mare with hopes of having foals later. Super curious about why he’s doing this

What does this mean? I don’t get it

The new enfie mare of hood

Things I never learned in sex ed. Thank you for the detailed post! 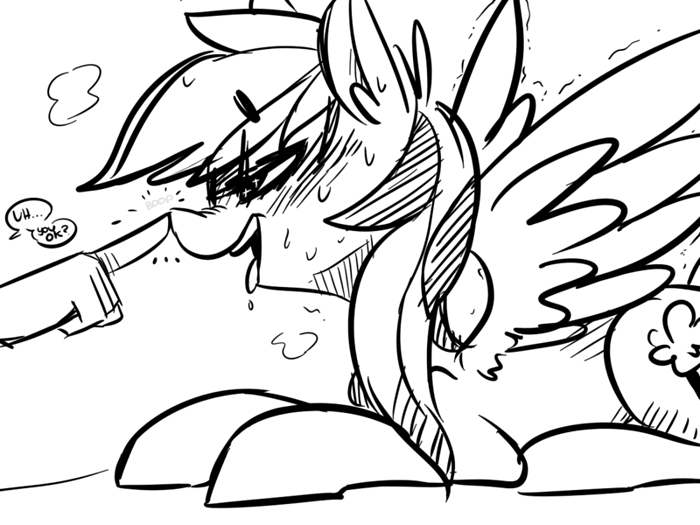 His utter indifference makes this so perfect.

I’m imagining that as an hourly employees he’s probably only one step up from the fluffies at best, and one step down in some cases.

“Yes Bob, the fluffies are more important than you because they’re what brings in the money. And once this can be totally automated you’re gone. You’re a low grade human with a low grade job selling low grade product that might actually have a better, more meaningful life then you will ever scrape together for yourself.”

Now you’re starting to understand the appeal of human suffering.