A little sacrifice By Mlgbunnyiscool 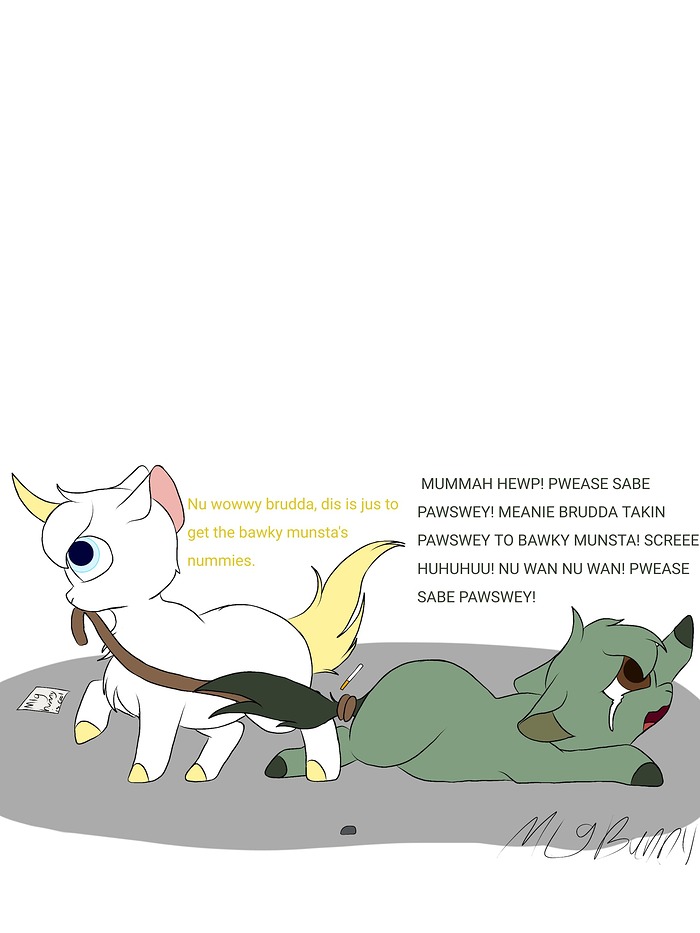 A small price to pay for salvation

Those eyes… No remorse from white.

Maybe some kind of Fuzzy descendant? Or newer generation?

It had the knowledge and dexterity to obtain and tie that string after all.

This is what you get for being named after fluffy abortion pill.s

Trick being, of course, that the dog will probably be able to get both.

Along the same lines, that horn looks vicious.

How did that rope get tied? Human help?

I like to imagine the ‘mummah’ is actually human mummah and the barky-munstah is a well-behaved dog of said mummah
It’d make a cute half-psychological-abuse video, “fluffy trading its family for nummies”

I guess the green one gonna die.

White is going to end up eaten instead of green

Plot twist: both of them gets eaten

I think a human helped it

Even bigger plot twist the family gets eaten

Even bigger plot twist a cat shows up

Even larger its a damn Chihuahua they’re talking about