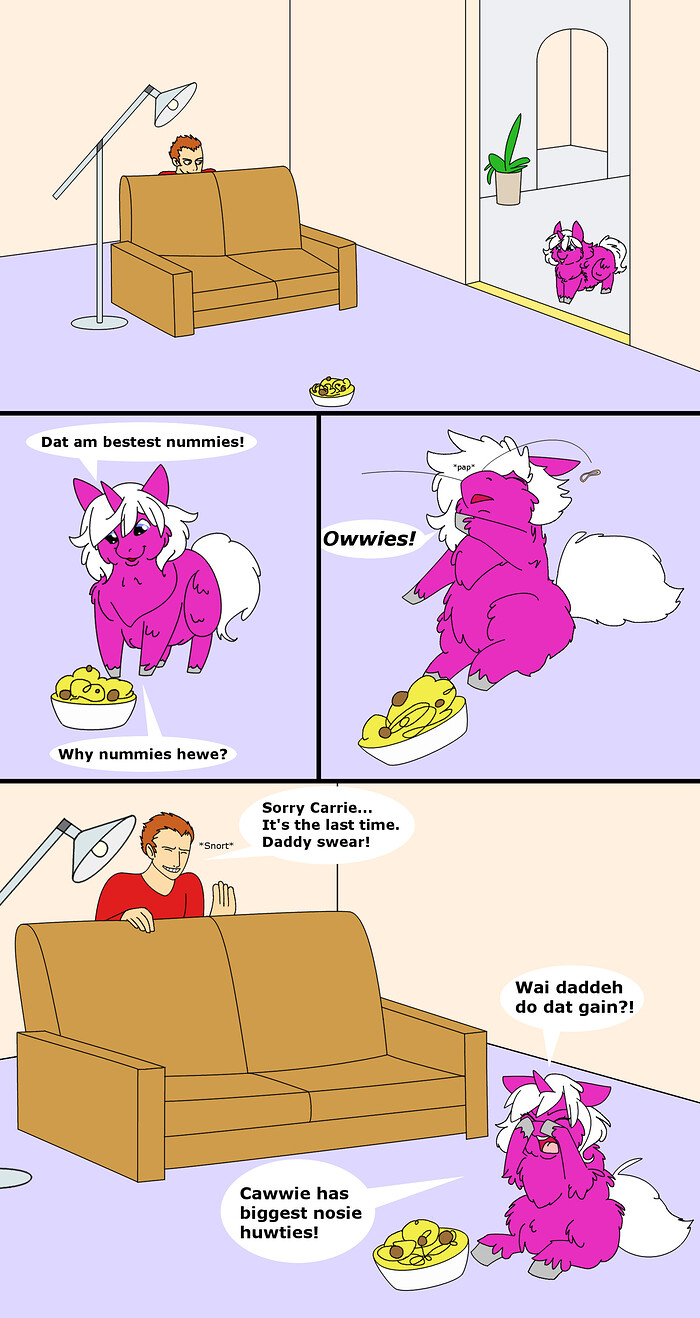 Drawn from a sketch by ZK.

Thought this was gonna be a ‘testing / Reinforcing the rules’ situation.
ex: “Rule number 5, no eating food outside the safe room unless I give you permission to eat it.” ~Failure~ Fires rubber band.

What I originally requested was a picture of a fluffy standing next to a plate of sketties, surrounded by rubber bands and looking at the viewer with suspicion as he says “Okay, that was the last one. You can eat now, I promise!”

But thanks to a misunderstanding we got this instead - a cute comic of some playful mischief.

Biggest nosie hurties? What a wuss!

Aww poor fluff, but this is so cute. I’d flick her again, she makes such an adorable face

There is no mistakes, just happy accidents

and hidden attack for 3+ striking power

When you get that juicy sneak attack in, and a nice gloat afterwards, your inner rogue is happy

Aaahhh, just sweet teasing! Lovely.
I wouldn’t aim at bare eyes though, joking around like that, but that’s just the hugboxer in me.

Her owner is a man child

One of my favorite artists from before the first hellgremlin apocalypse. He did the sketch and part of the lineart for this too:

Noh, in this instance there is only the Eternal Inhale, the Diaphragm Spasms trying to draw oxygen into the dying organ, yet it is all lost in an Unending Well of Agony that leaves the Recipient completely unable to communicate in anything other than tiny Squeaks and Shallow Grunts between inhalations. O.o

Yeah, i’ve seen that comic,a new version of an alarmclock