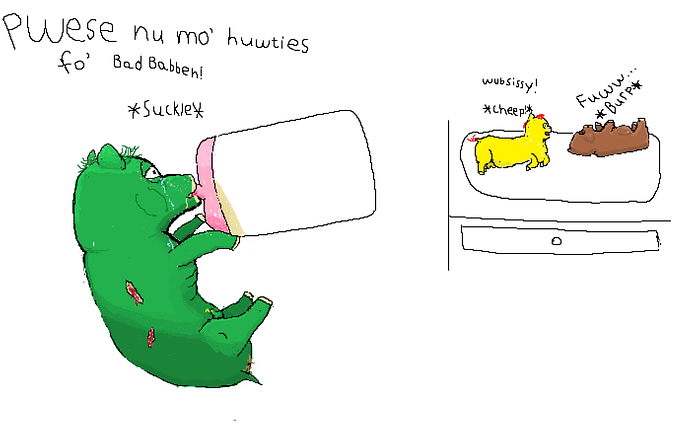 Unfortunately I don’t think this little guy is going to be getting much of what he wants. His brother and sister seem alright, though.

Poor thing did he did something? Or turning to be a demanding lil shit?

His color isnt that bad too

Nice details you did the rib on the foal.

When they were first inspected Bad Baby here could open his eyes, which made him stand out. Thus a black sheep was chosen, and he was condemned to a life of suffering. Completely arbitrary.