Been there, done that. (fluffersnuffer) 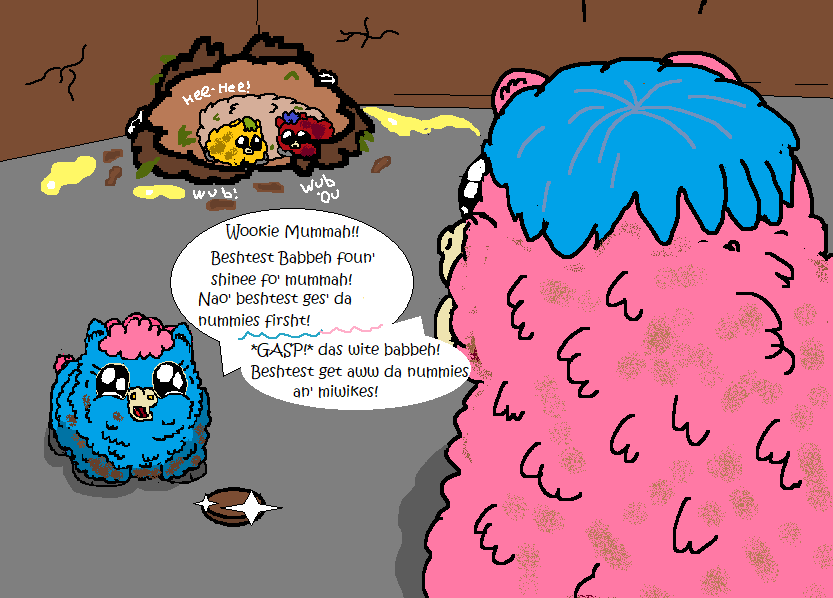 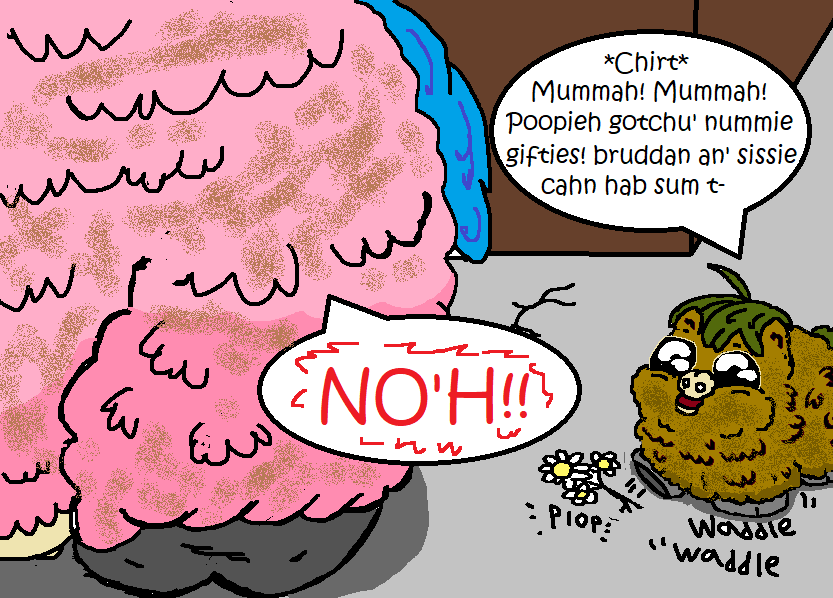 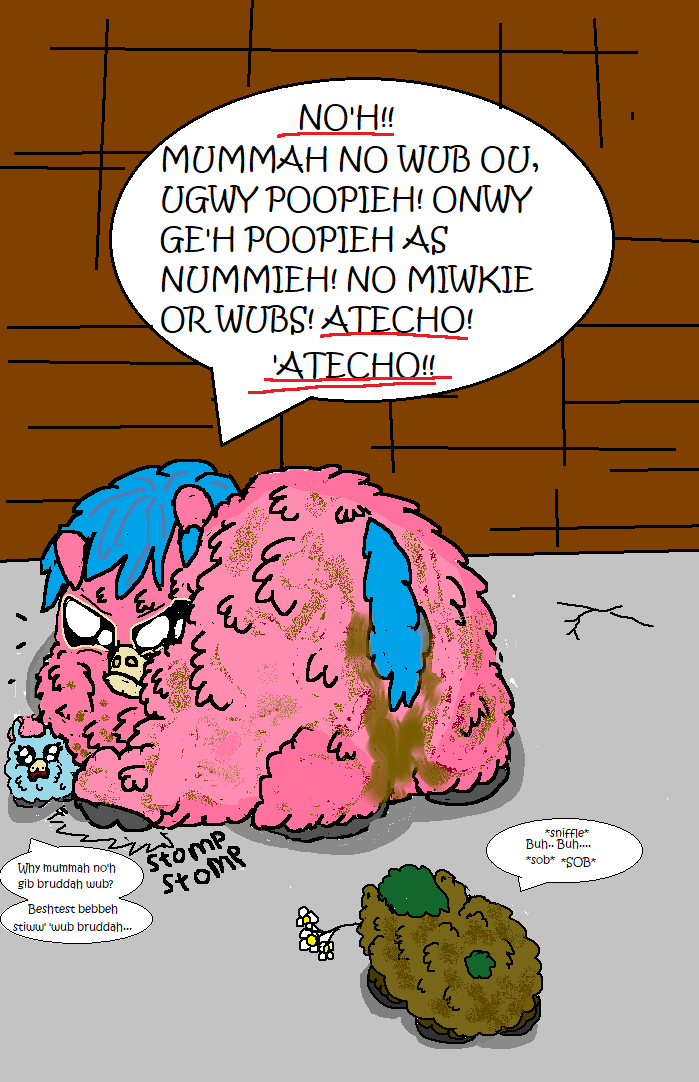 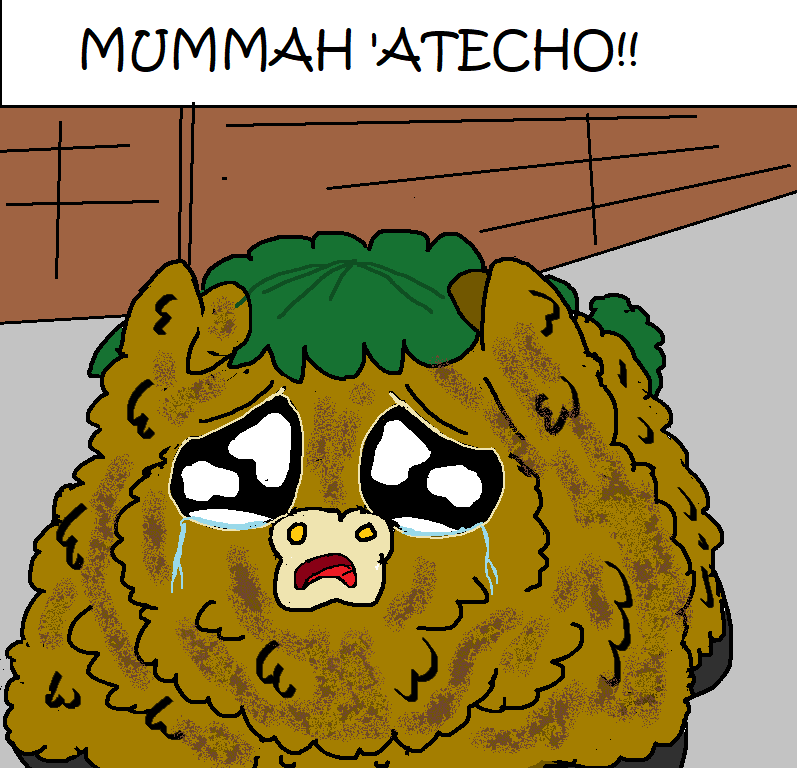 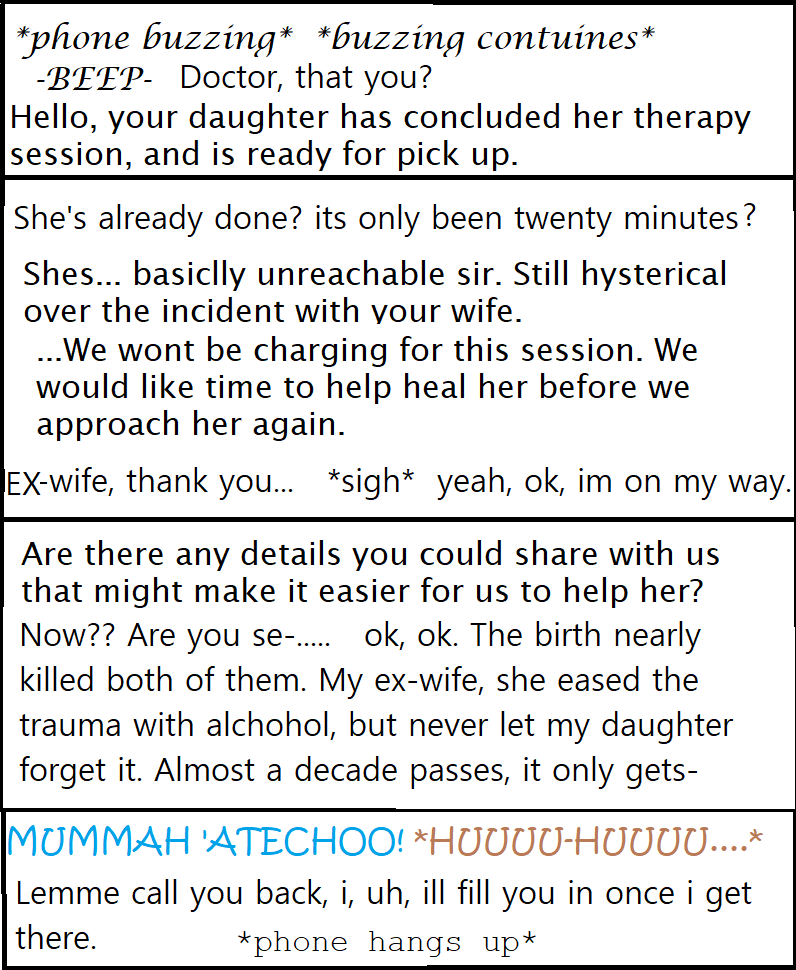 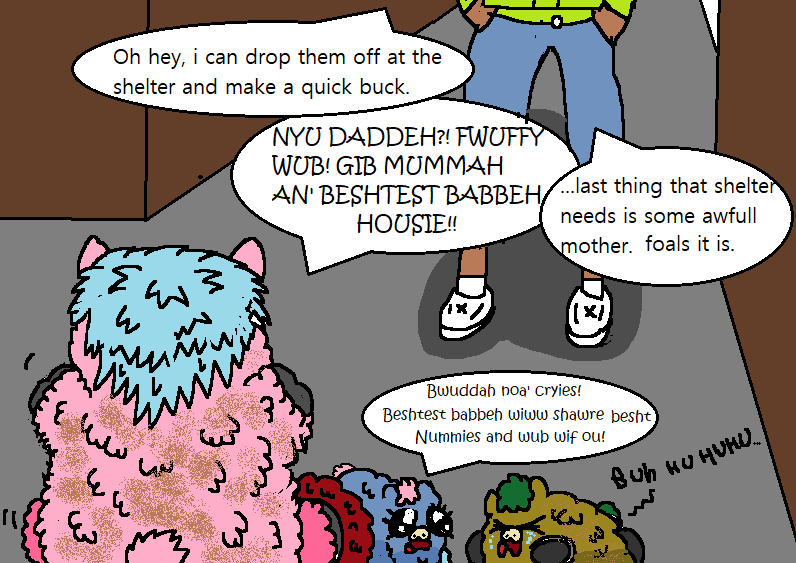 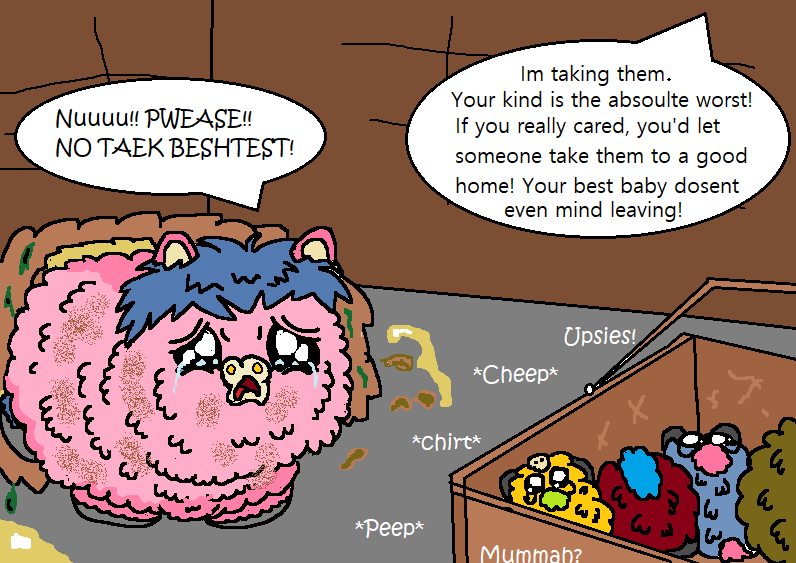 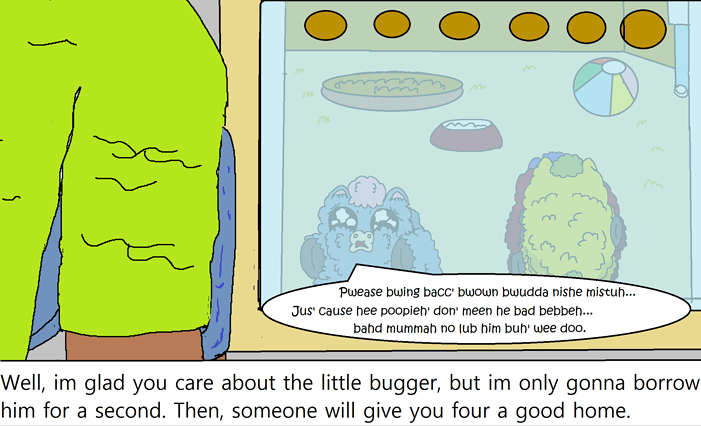 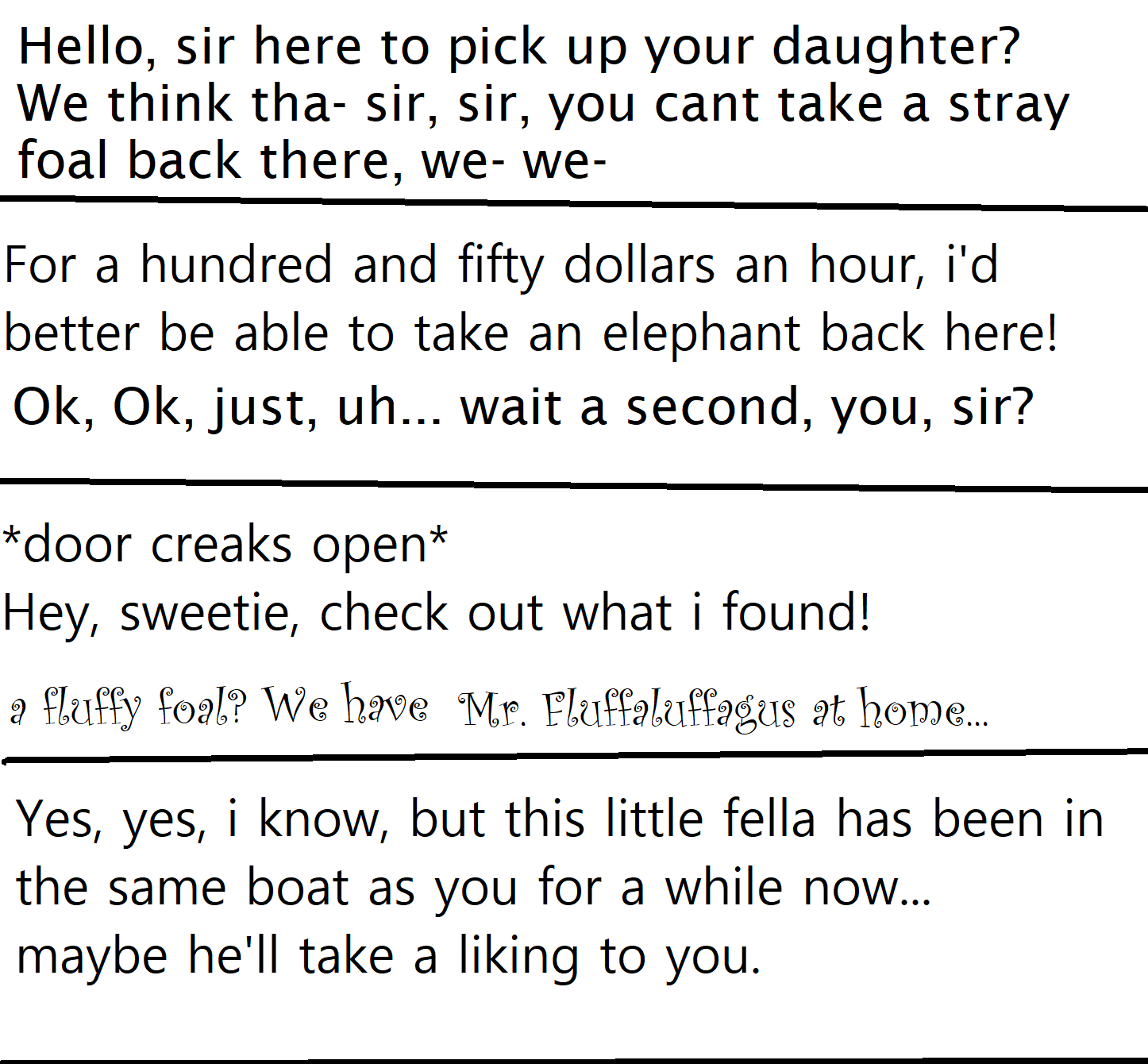 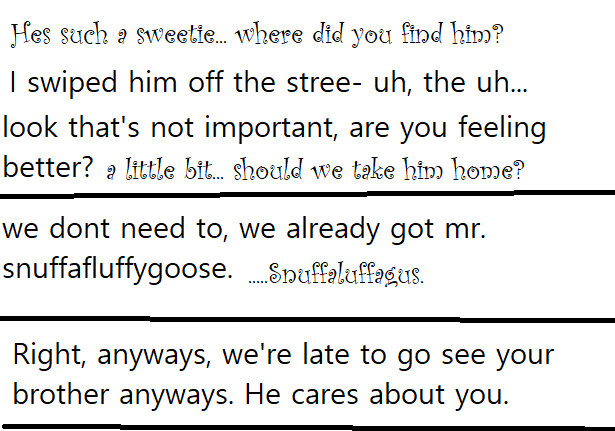 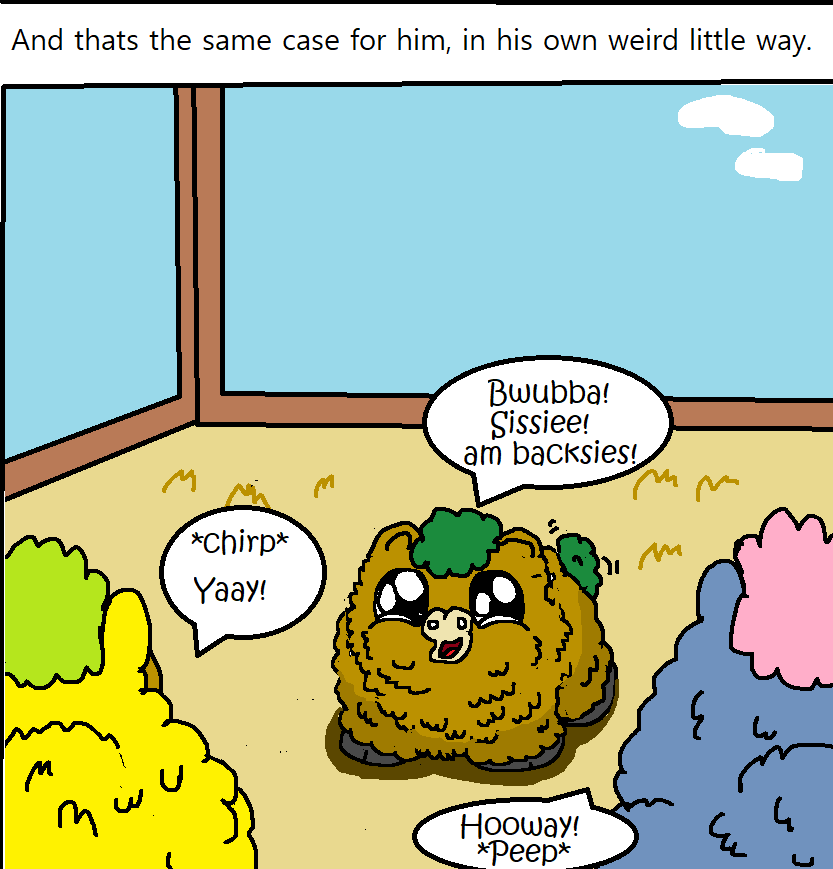 A longer one, hope it was worth the wait, and hopefully I’ve improved in my drawings.

(i forgot to imply the “beshtest bebbeh” tries to win over the mother’s favor in hope additional snacks being given to her, so she can be share with her brown brother in secret.)

I like this! I like that the bestest was looking out for the siblings the whole time

This is such a cute style. I love when a bestest is a good fluffy and cares about their siblings, including the bad colored ones

i love the idea of a Good Bestes’ Babbeh, but it so rare that it scared me thinking he was lying for a second. Also love hoe this reminds me of that one Mcgonagal comic

Would that be Flowers for Mummah? Very iconic.

Very much agree as to bestest nuance. Sometimes, having a superfluity of means actually results in generosity, especially as fluffies would have a poor grasp of Calvin & Ayn Rand.

The kind of bestest babbeh we need more of. I know it is pretty easy to spoil fluffies and give them a warped view of the world, especially starting at a young age, but this goes to show that some just have a heart of gold that refuses to be tarnished.

This is such a great comic!

I hope the mummah isn’t just going to be allowed to have new foals. If the shelter did spaying, it might have been worth it to dump her there too, imo. You just know she’ll be sad about her foals for maybe an hour before she decides to just be a mummah again.

It’s a rare treat to see a bestest who takes their position as a duty to protect the family, instead of a reincarnation of Ted Bundy in fluffy form. These things were (somehow) preprogrammed to be living care-bears after all, so it stands to reason that at least some of them should default to that , no matter how they are raised.

I’m torn on the dude. On one hand, he did his civic duty and got stray fluffy ponies off the street. On the other hand, he left an unspayed and terrible mother free/alive to begin the cycle anew. I’m not saying he has to snap her neck then and there. Since if fluffies did hypothetically exist, realistically most people would be squeamish about anything more severe than a sorry-stick, but come on man, do the right thing and curb the feral problem! Your city needs you!

I like that the bestest babbeh wasn’t a spoiled brat

I spoke too soon

That is literally a brother who deserves the title of bestest brudda.

“I heard your therapy isn’t going well. So here is a tiny horse I picked out of the garbage.”

Hahaha, well that kid did a good job, even the “bestest babbeh” didn’t like the behavior of the shitty mare and care about his brown brother or “poopie babbeh”.

That shitty mare get what she deserves.