Behind the fluffy E1- Pumpiikin

To whom ever is honestly interested in knowing about themes and inspirations of my fluffies.

We will start with William sense he’s pretty widely known and a lot of people are curious about him. 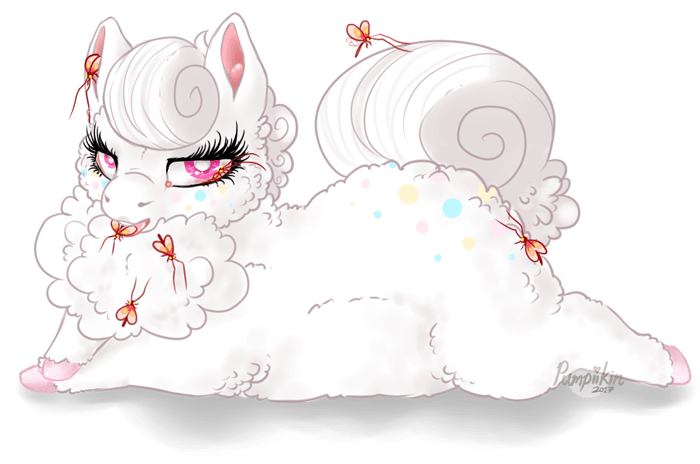 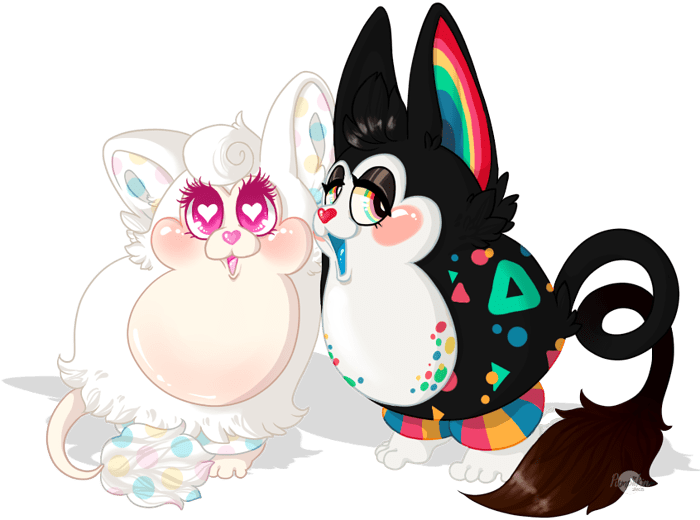 I wanted to make a cute fluffy I could reuse over and over which ended up with him becoming a Kenny like character that would die but be back next episode. This kind of started because of the basis in the fandom that when you have a fluffy die or get hurt it stays forever dead or hurt, and I’m just used to doing ooc bullshit that has no baring on the character’s canon. So that’s how that started…

Concerning his history and how he works now, that’s for me to know and everyone to keep speculating HAHAHA! Another topic though, his markings. They’re always inconsistent because they change every time he is reincarnated. They are always pink/yellow/blue freckles/spots/dots/hooves though.

When it comes to William’s interpersonal relationships it’s kind of sporadic and mostly him fucking with other fluffies. His “obsession” with Sour-Puss is mostly him constantly fucking with the first fluffy to have had an unusual reaction to him. There isn’t really anything romantic or sexual between the two, William is mostly just a HUGE perv. I never actually really thought about it, because why should a fictional animal in a small fandom’s sexuality really matter, but I guess he’d honestly be an alternative pleasure seeking asexual / aromantic. He’s masochistic and sadistic and would probably rather rub his crotch against a cactus than enf another critter.

Another fluffy that has been referred to when Puss or William is around is Cry Baby. Cry is, you could say, a worshiper of William’s. Their relationship is one sided because William is constantly ignoring him.

HUMAN AND MLP PONY WILLIAM
They are anomalies and nothing more.
Human William in particular is more of an estranged sadistic throwaway version of another character i have named Poppy, who in fact was what I based the design William is based on off of. 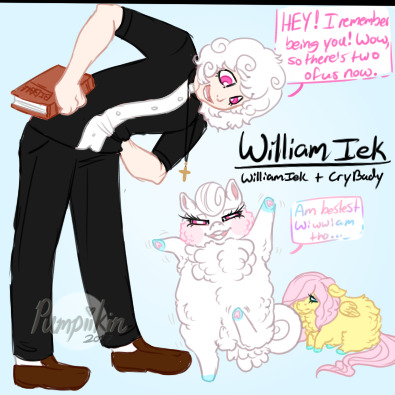 Other fluffies wise (mine particular) most avoid or are scared of William. William has the same fascination with Buffalo as he does Puss, only difference is that Buffalo is more likes to ignore William and his “humor” than short tempered Sour-Puss.

The only fluffy that rivals William is Seven, who William is coincidentally frightened of. 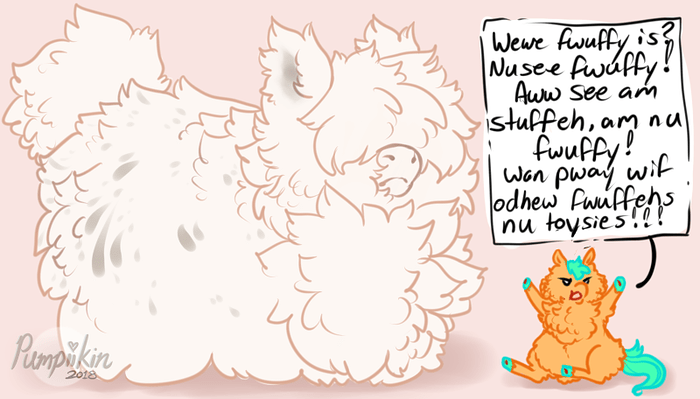 Humans don’t really seem to notice William. Why that is? Who the hell knows, magic I guess.

ANYWAY next one is piss baby puss, keep an eye out for it next time I’m up because I can’t sleep

Thank you. That is all super interesting <3

That’s some really deep behind the scenes lore and design. I eagerly await for more.