Caramel And Riot Pt 2 [By Zereal]

Mr Inconsistency here back again with a new part for the Caramell and Riot series, this one focusing more on Caramel. Tomorrow I’ll post the continuation to this. I’m pretty tired right now. 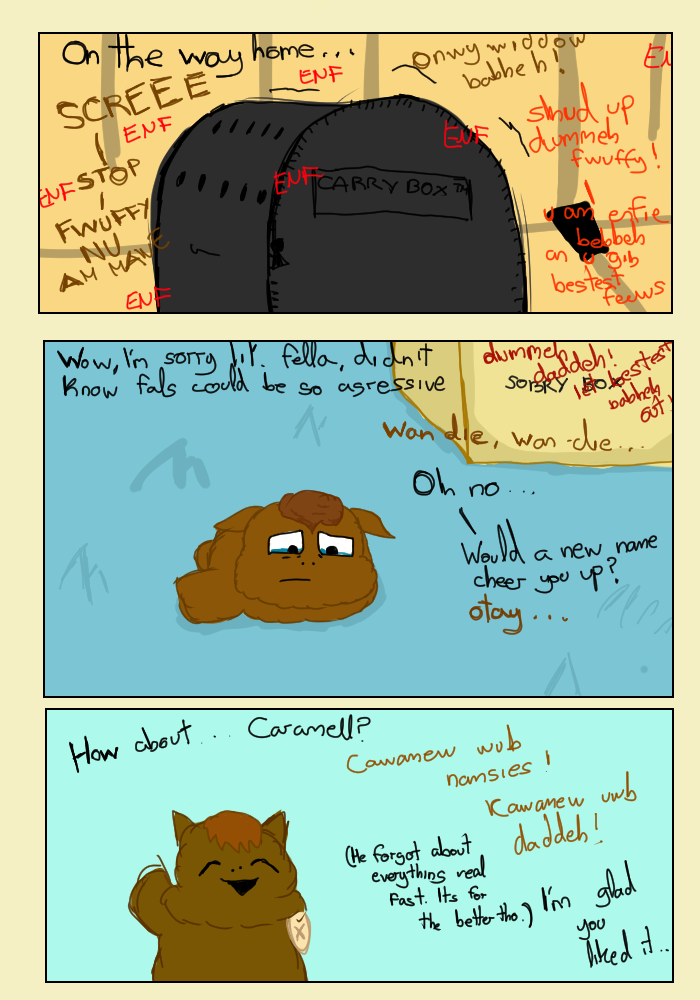 Is it considered #enfie-babbeh If they are both small foals?

They had to amputate his leg?
I hope Riot suffers…

There are animals that mate prior to fertility.

The only ones I can recall are insects, but I know there was at least one mammal who starts mating young because they fight for dominance against adults early. Just can’t remember what and google isn’t bringing it up.

If the intention is for Caramel to have abuse via another foal as part of his tragic backstory, I think a good old fashioned “sorry hoofies/poopies” would fit better. If the intention is for the trauma to be caused by sexual assault, then an adult fluffy doing it would make more sense. Either way this whole thing comes across more as hastily-written shock value than anything else.

There is definitely potential here, and I’m not necessarily saying your writing is bad, but taking the extra time to make a plot point unique and believable can go a long way in making your work above and beyond. Either way, hope to see more of Caramel, he seems like a sweet boy!

Surprised they even let the two be in the same box.

Surprised they didnt hear the bleeding racket and had a look.