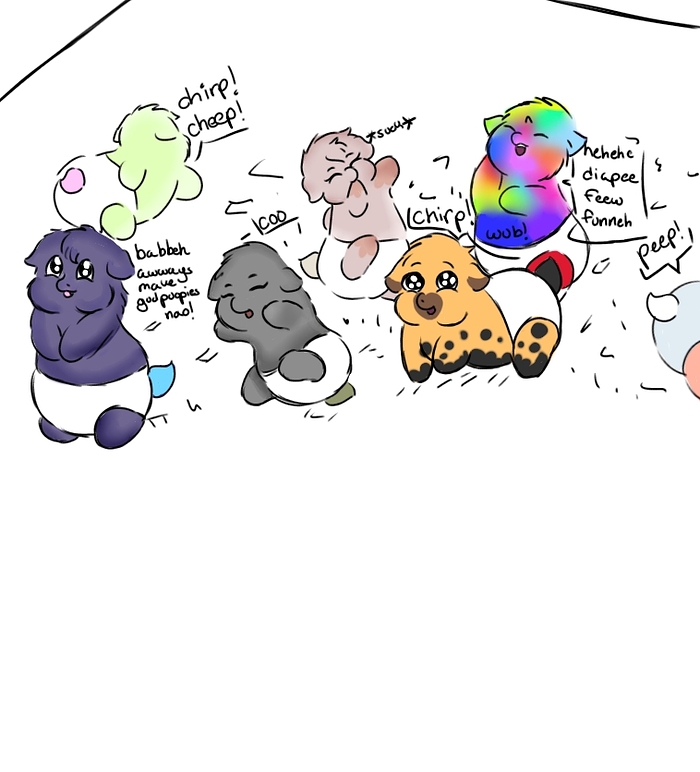 Untitled15758×837 153 KB
I know I’m a mare and soon mummah lover and all, but if you really get to know me, I also adore the foals. Especially foals with diapers and pacis. Idk why. They’re just so sweet and cute (typically) and even the more smartyish foals I find to be cute simply because they’re just little potato marshmallow puffballs trying to be tough and taken seriously. I just want to squish their little puffed up cheekies!

Now, if’s a hellgremlin foal? Psh, fuck that noise. Throw that fucker into a tree and let the buzzards have a quick happy meal. No skin off my nose.

I had this image stored since…early this year? Like either in February or April. And I just wanted to post this to show my love for babbeh fluffies.

The orange one has defeated their diaper.

Quantum shitting though the Nth dimension

This is cute beyond words

Orange and Prismatic are my favorites

It would be even cuter if I could animate them popcorning around the pen after getting their pretty new diapers put on.

I will die if I give this the SQUEEEEEE it deserves. Not enough oxygen in the lungs.

Just a bunch of babies popcorning and peeping as they run around playing huggie tag with their diapers on. Or chase their ball toy while occasionally leaping into the air.

Absolutely wonderful! I love the little diapers and pacifiers!

Something has agitated that potato rat.

We have something in common! I adore foals too!

You did good not by not elaborating any further.

Usually it’s a sign that they are super happy and have a bunch of energy that they just need to get it all out. Other animals do then too, and they’re called zoomies.

Popcorning is something foals usually tend to do, as they’re just typically more energetic than older fluffies but some of my more…lively and even hyperactive fluffies still tend to do it when they’re just really excited or happy.

All of my fluffies do zoomies, tho. Especially Pegasi. Super adorable to see.

Hope that’s a pattern on the orange. Otherwise they need a cleanup after playing in the planter/litter box. ~Chuckle~

Pit the foals in diapers against those that have been litter box trained. 50/50 chance the hellgremlins will give them shit (no pun intended) for it.

Then tell the hellgremlins their opinions are as gross as they are.

That’s the contradiction I face when I see your fluffies. Even when they’re well-behaved…I have conflicting emotions on whether or not I want to yeet it into the wall or give tummy raspberries to it.