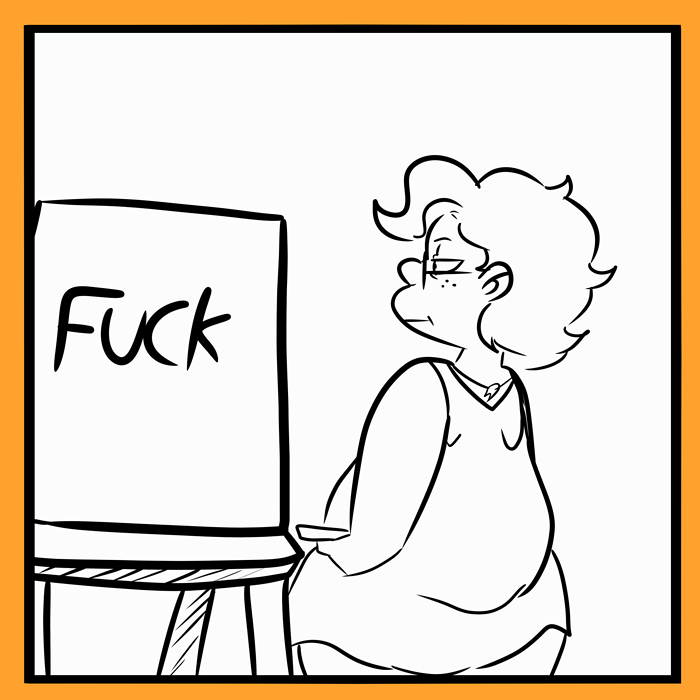 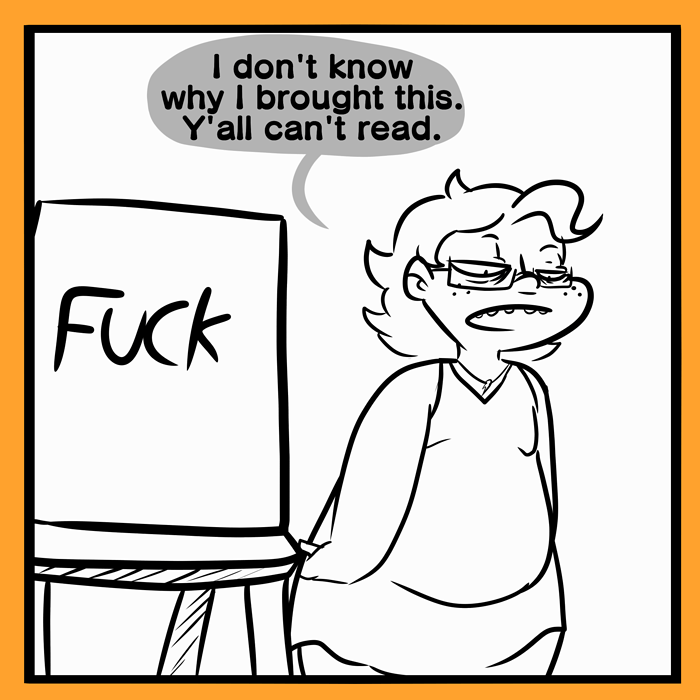 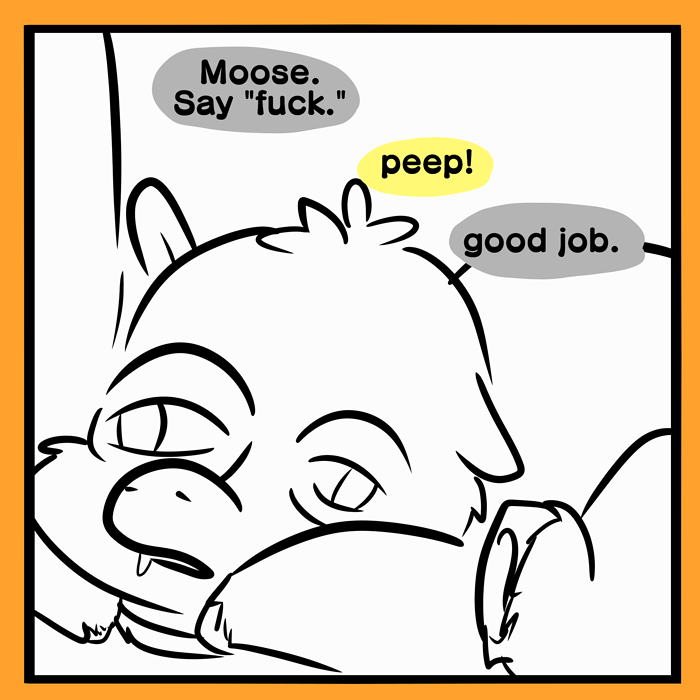 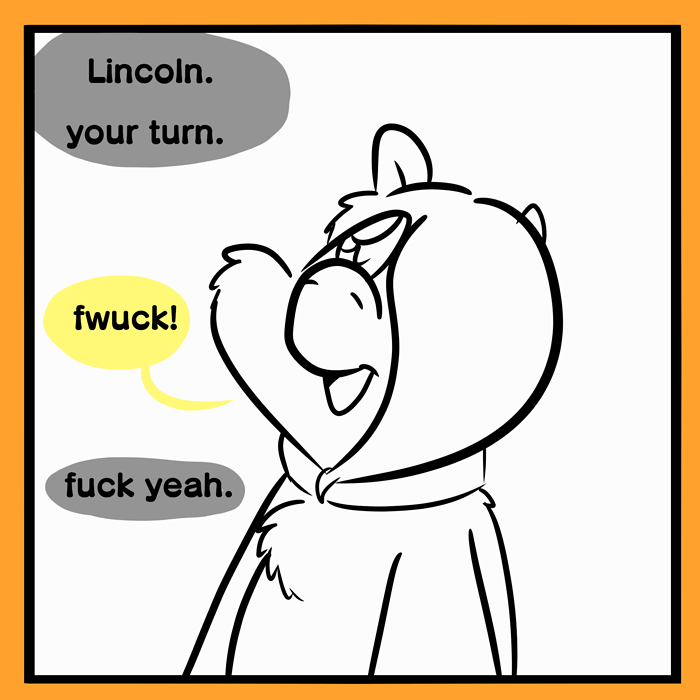 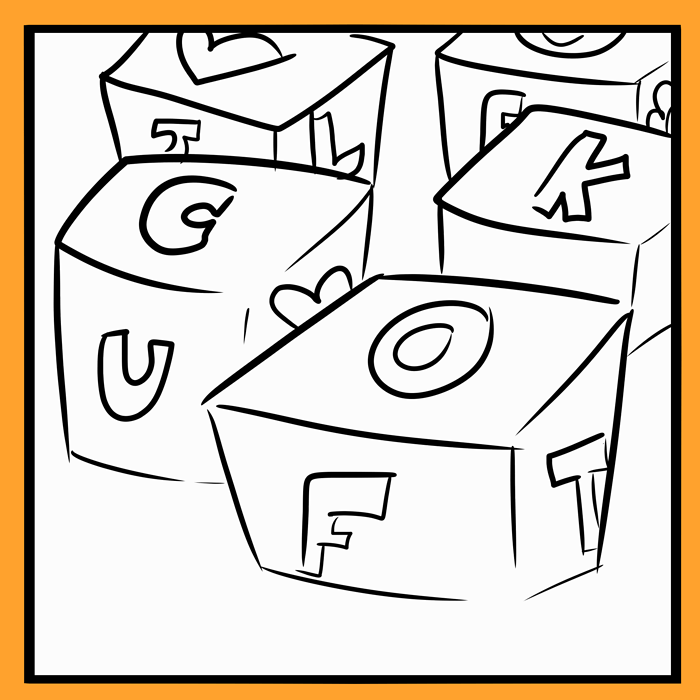 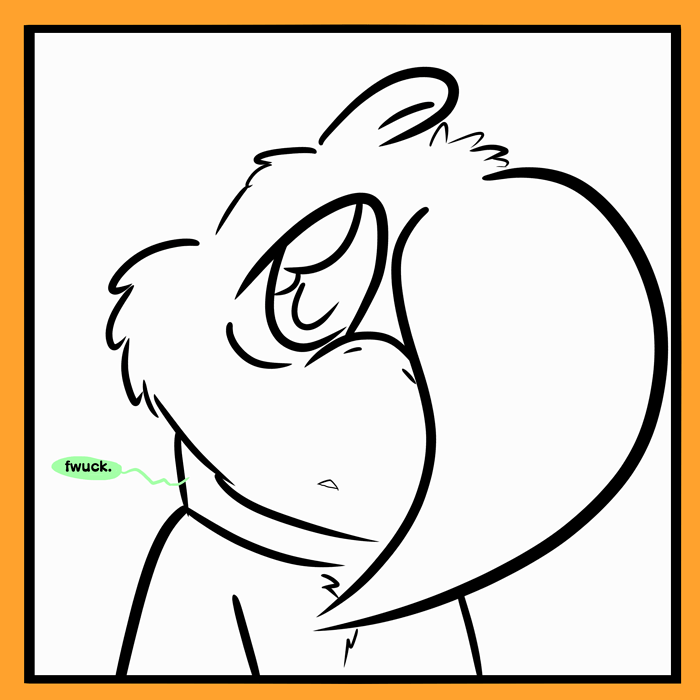 Ironically this kinda happens in some arab countries, kids hear the swear words and try to repeat them, and the parents think it’s hilarious when they start swearing in front of guests/family members.

I think my dad did this with my brother and I when he was left alone with us as small children.

I take it she thinks Lincoln is mute?

so moose is derp
and jellybean is just silently vibing with reality.

That happens in a lot of countries…

nah, Lincoln’s the one who said fuck. It’ll be explained don’t worry!

EDIT: thank fuck for the ability to edit comics on this site. I realized the name Lincoln would be INCREDIBLY INSANELY PROBLEMATIC later on in the story (I know this fandom doesn’t care, but I personally do, and I want to be comfortable when I write this story bc it’s mine to write), so the name has been uncensored

since it’s been uncensored, I suppose I can explain why I chose to in the first place! the censored name was the fluffy’s deadname. it’s not a huge plotpoint, but the fluffy is trans. but since I realized how bad naming the fluffy Lincoln would be for future comics, Lincoln is now the false name. the true name will be revealed in two to four comics from now, give or take

it was confusing! you’re good!

A transgender fluffy? Has that ever been done before?

not sure if by others, but it’ll be done now by me :] Kennedy is trans (nonbinary, uses she/her pronouns, but her DNA is that of a stallion), and i think it’ll be fun to show how the other fluffies react to this fluffy. i’ll be mostly basing their reaction on my real-life step niece’s reaction to me telling her my barbies were gay back when she was like five (she was confused at first bc she didn’t know that was a thing, but then she just didn’t care and we continued on with whatever storyline we’d been doing. kids are chill af if the parents haven’t made em into shitstains yet)

There’s been forced trans as an extension of abuse by making a male into a living sex toy for other Fluffies or to sell them. Pinks into girls, blues into boys

But I don’t know of any that dealt with it as the Fluffy’s choice in a positive manner, nor any dealing with trans humans.

eeeeh, that’s not trans. that’s forcefem…forcefemme? ah however you spell it