"Fight The Despair, There's Justice Filling The Air" by NobodyAtAll

I walk into the training room with Marley, Piccolo, Victor, Scarface and Hayes, seeing Achmed and Shazi sitting on a bench.

“I’m so sorry to keep you two waiting, Achmed.”

“It’s alright, something came up. I get it, Cal. Is your family okay?”

“Yes, they’re all safe, thank you for asking. But there’s something we need to do, and I’m gonna need Shazi’s help.”

He’s got the text he was waiting for.

Mr. Fusspot complained about his Captain Fluffy binge session being interrupted, but relented when Jeremy explained the situation.

Incidentally, as Deston has learned, and has written about in his books, a lot of classic fluffy misbehaviour can be prevented simply by explaining things to your fluffy.

It’s sad that so many people underestimate the intelligence of children and fluffies, isn’t it?

A few minutes after that, on a rooftop across the street from the city hall, the Nose sniffs.

He smells the cologne he sent to Jeremy, coming from a window two floors down from the mayor’s office.

He doesn’t know that Jeremy washed the cologne off the moment he was told who it came from.

“What’s he doing down there? Oh well.”

As he adjusts his aim, he sniffs again.

“Korkea is coming. I’d better get out of here-- wait.”

He realizes that he can smell Calvin’s scent coming from four different locations around him, getting closer.

The Nose seems to have made a fundamental misunderstanding about how Calvin’s new power works.

He readjusts his aim again, preparing to shoot one of the sources of Calvin’s scent.

“Eh. Doesn’t matter, all of them will be dead in a few minutes. My client promised me a big bonus if I could kill Korkea. It’ll be four times as big, now.”

Down in the streets below, I make my way to the building on which our drones spotted the Nose.

The stupid asshole can’t smell those.

Several streets away, another me makes my way there from the other side of the building.

A third me is approaching the building from behind the Nose.

You remember that I can split four ways, right?

Well, the fourth me is somewhere else.

I’m not saying where just yet.

Suddenly, one of the mes approaching the building is shot in the head.

The body dissolves into nothing as it falls to the ground, leaving only a puddle of my blood, and I feel my power redistributing itself among the three surviving mes.

It feels kinda weird, having one of my selves die. This must be what Pierre felt whenever one of his Remote Bodies was destroyed.

You know, Pierre tested those P53 vaccines on himself before he tested them on those fluffies.

So yeah, all the undesirable effects of those failed iterations of the serum?

Pierre had to watch all of them happen to him, too.

He was hoping that those negative effects wouldn’t affect fluffies. That would still be a step in the right direction. Unfortunately, he was wrong every time. He genuinely regrets every fluffy that died in his lab before Valerie finally perfected the vaccine. He said he should have asked for her help sooner, and he has no idea why he didn’t.

He made a montage out of his tests on himself, though.

I thought it was hilarious, at least, until the World Revolution.

The Nose reloads, taking aim at another Calvin.

I feel another me get shot in the head.

Shoot me all you want, asshole, it won’t stop me.

The Nose reloads again, taking aim at the third Calvin.

“Three more bullets. Two for Korkea, one for Logan.”

I feel the third me get shot, meaning I’m back at full power.

I’m still not telling you where I am, dear readers.

But see if you can figure it out.

I’ll give you a hint: I’ve sprayed this body with something.

And it’s not cologne.

It was gonna be that cologne, but then I realized that this would work better.

The Nose, now only smelling one living Calvin, reloads and takes aim one more time.

Down in the street, on the steps leading to the city hall, an adamantium bullet screams towards Shazi, who is looking entirely unafraid.

And wearing a temporal stabiliser.

Just before the bullet hits Shazi…

Jack, who is part of the squad guarding Jeremy, casually strolls down the steps.

Shazi strolls out of the bullet’s path, just as casually as Jack.

And then Jack unstops time.

The bullet hits the steps instead.

“Alrighty then. Looks like I can add killing the strongest man alive to my resume–”

He sniffs, and realizes something.

“I can’t smell any blood coming from the fourth Korkea.”

Then he feels someone grab him by the neck from behind and lift him up, gripping his throat so tightly that he can’t breathe.

He drops the rifle.

And then he hears Calvin’s voice.

So, dear readers, did you figure out where the fourth me actually was?

On the rooftop, the entire time. Waiting for the Nose to lower his guard.

And did you figure out what I sprayed on that me?

Scent suppressant, of course. It works on dinotites, and it works on this asshole too.

The really funny thing is, this trick wouldn’t have worked if he wasn’t blind.

Sucks to be him.

As he struggles in my grip, I use my free hand to search his trenchcoat.

I pull out a blipper, and…

“No more running away.”

Then I put the Nose down, before he suffocates to death.

He can’t talk if he’s dead.

Well, he can, but it takes us a few extra steps.

And Deston doesn’t like going Down There if he can avoid it.

“I don’t snitch on my clients.”

“Do you have any proof?”

“No. But I can prove that you attempted to kill the Mayor and my family. And that you killed me, technically. I’m not telling you how. Talk, and then I’m hauling you off to the police station. If you don’t talk, I’ll hand you over to Victor, and after he makes you talk, and after I have a turn with you, I’ll haul you off to the police station anyway. You won’t die in our custody. We’re not like you. But we will make you wish we’d kill you.”

Holy shit. I am LOVING this ruthlessness, Cal!

I can’t say I’m not concerned.

“I can’t tell you anything. I don’t ask my clients questions. I don’t care why they hire me, just that they can afford me.”

“Fine. Have it your way. Quality time with Victor it is. And then prison, probably. Better hope your cellmate doesn’t find out you tried to shoot a baby–”

Okay, I’m pretty sure he didn’t have any other blippers on him.

The Nose appears in the Abuse Syndicate’s meeting room.

The Syndicate’s leaders are all here, sans Erick, and they’re utterly unsurprised by the Nose’s sudden arrival.

Dr. Eierkopf is back, and he’s brought someone new with him.

And Garm is snacking on a fluffy, Vanessa having procured a few for him so he’d stop grumbling.

All Garm really needed was a chew toy.

Nobody in the room seems to care about the fluffy’s suffering.

It should be obvious why they don’t care. It’s the Abuse Syndicate, stupid.

A tiny black shape crawls out from under the Nose’s fedora, and jumps off his head.

When the tiny shape lands on the floor, it grows to full size.

Revealing it to be the woman in black armor who Vanessa helped out of a small problem.

Vanessa smiles at the armored woman.

“I couldn’t have done that if you hadn’t put that teleportation tech in my armor, Vanessa.”

The Nose takes a seat.

“You owe me a triple bonus. I killed Korkea three times, technically.”

Vanessa takes this in stride.

“I suppose so. Don’t worry, you’ll get paid for all you’ve done.”

“I haven’t finished the job, though.”

Vanessa turns to Dr. Eierkopf, sitting next to the newcomer.

A muscular man who looks human, with dark orange skin, spiky blond hair, and armor designed to look, for some reason, like nightclub attire. It has a popped collar. He’s wearing a universal translator, too.

He also appears to be wearing a brown furry belt, but on closer inspection, you’ll see that it’s actually a tail, looking a lot like a monkey’s, tightly wrapped around his waist.

“So, Ivo, is our new friend ready to move out?”

“Konba is all too eager to help us, Vanessa.”

“If I can defeat Korkea, nobody on Vajarsi will be able to deny that I deserve to be the Gallo Saingan.”

Meanwhile, Erick stands in the ruins of the Foundation branch he just destroyed.

There were no survivors.

Well, there’s one mare left, but she’ll bleed out in a minute or two.

Erick doesn’t answer the mare’s question, or even acknowledge the mare’s presence.

After leaving behind the same message in blood he left at the scenes of his prior crimes, Erick blips out. He can hear the sirens wailing.

Erick appears outside another Foundation branch, and quickly enters it, to do what he did to the first branch.

He knows every Foundation branch is warded.

But the wards can’t stop him.

This branch is also not the one we’re familiar with.

Erick is saving that one for last.

And yes, he knows Calvin’s scent.

I imagine cal smells like weed and irish spring 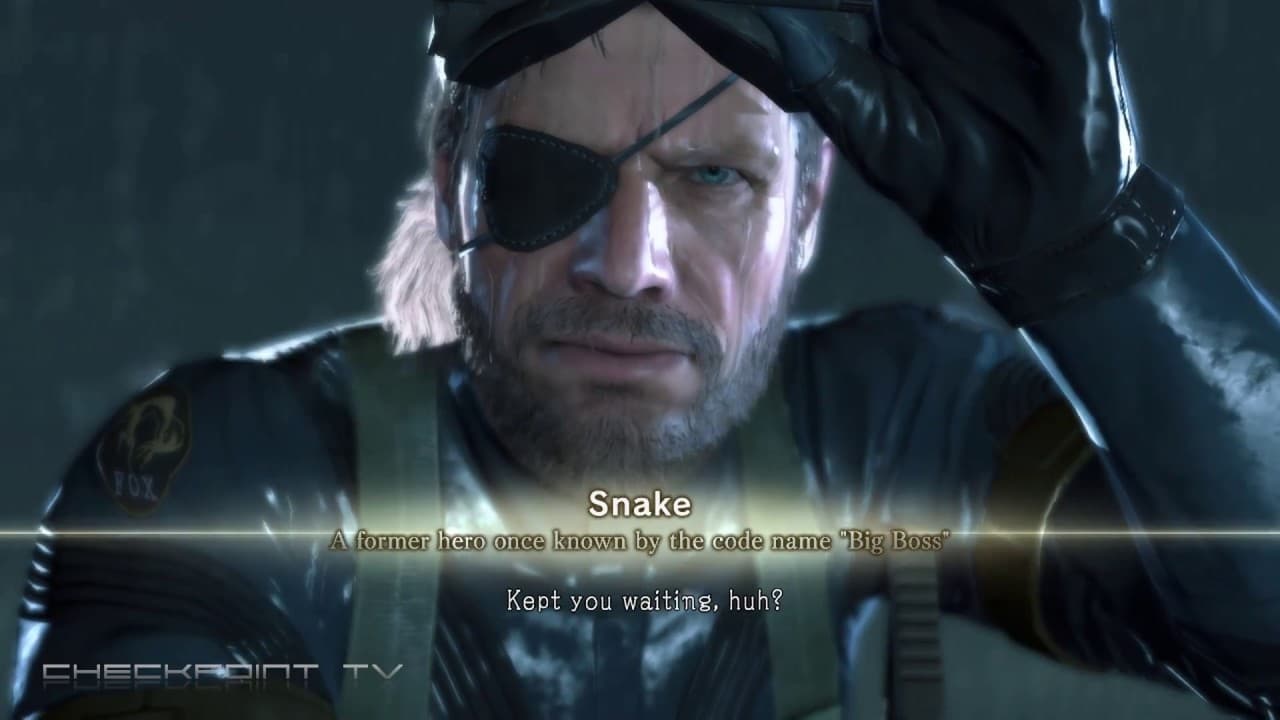