First Foal in a Can attempt (moonie) 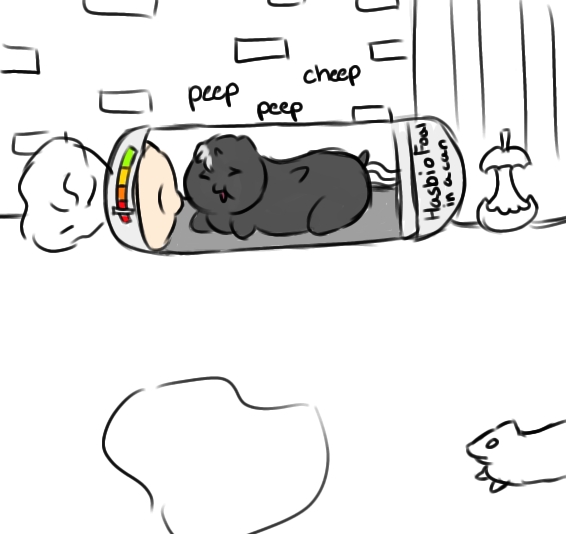 One of Maggie’s foals that got taken away from her ended up as a foal in a can that got discarded and is now peeping and chirping for the milk the can used to provide. Will someone come and rescue the little colt or will he starve to death craving the love and milkies he’ll never have?

I’m surprised it was discarded, it looks to be a black alicorn with the chance of a white mane and tail.

Yup! Its mane is gonna be an almost silvery/ivory kind of white. The vending machine it was most likely in was too full and needed to be refilled so thats why the poor little guy was discarded.

I’d save the little fella.

That is a primo fluffy right there I would totally adopt him.

Just pick it up

Alright, dibs. Don’t worry about my “abuser” user flair, I’m cool with alicorns because they scare the normal ones.

THEY torment fluffies so you don’t have to!

Killing 2 birds in one stone. Free entertainment for me as I train my alicorn to fuck with the shitrats that I capture, and bonus companionship as I convince him that the other little shits are worthless compared to him.

Rescue. He looks rare as hell! Even if he doesn’t make a good pet, he can be bred or sold.

i’d wait for someone else to save them, before taking the can itself.

Part of me wants to stomp on the glass… Save him.

BUT WHY HE IS A BLACK AND RARE SILVER WIGHT ALICORN ARE THEY STOUPID!?!?!?!

Definitely save it. Not only a fluffy in general, but an alicorn no less!