Fjording Friends – prologue - (might continue as a political/war drama later if my muse comes back) - Open concept if someone wants to use for themselves.

There once was a valley split by a creek that was an offshoot of a stream flowing down the mountain to a nearby lake. The creek lead to a pond with an elevated hill at the center that was considered a ‘scenic vista’ to tourists and provided a comfortable place to sit down and enjoy nature’s splendor. On the island lived a small group of bowl fluffies. While the island itself could not sustain the family group for long it was a relatively safe place to sleep and allowed the bowl fluffies to live apart from their friends on both sides of the creek.

The Fjording Friends had an agreement with the herds on the east and west side of the creek. When of age non bowl fluffies born to the Fjording friends would wait by the shore of the island for representatives of each herd to come and pick out which they wanted for their herds in alternating fashion to maintain balance between the herds and these fluffies would be delivered. In exchange the herds would either bring their young bowl fluffies when they came of age to live with their own kind ; sometimes bad mothers or those that would be too sad to part with them later would bring their bowl babies to the shore and would trade with the Fjording friends for a non bowl fluffy baby.

It was in this way that the Fjording friends held alliance of familial love and friendship with both herds and maintained peace. The other was serving as a water taxi for those too uncoordinated and unathletic enough to cross the human ‘steppie wocks’. For this service they were allowed to graze on whatever side they had serviced that day but were usually also gifted something personal by each fluffy to show their thanks. Sometimes that was food that they could not get regularly without going much further inland like berries from the bushes outside the valley ; other times it was shiny shells and rocks or interesting human things that had been left behind. Such precious things would eventually be taken back to the Fjording friends burrow beneath the tree to enjoy their sparkle in peace as leaving them to glisten on the shore often caused them to be taken by the meanie sky munstahs.

Regardless with passage negotiated the bowl fluffy would await their cargo. Sometimes a heavier fluffy requiring a pair of bowl fluffies to hold onto the lip of eachother bowls with their interior front hooves as the fluffy stood right legs on one and left legs on the other ; or a soon mummah laying down across both. While the Fjording friends could eventually swim their way across if the passenger was willing or in a hurry, they would swim next to the stepping stones and the passenger would stand on their back legs with their front legs draped over the lower of a pair of ropes that stretched across the creek between trees on each side. The lower rope was a support for smaller humans crossing the stepping stones while the higher one was for adult humans and was unreachable by the fluffies. With their legs in place they could somewhat push pull themselves across and along with the bowl fluffies swimming power to make the journey that much faster (though it was usually just the fluffy displacing the weight making them easier and faster to travel). 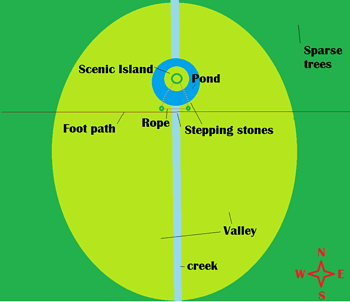 (Sadly I’ll have to stop here since despite this feeling like a great premise~ I cant bring myself to inflate it into a proper story like I usually do when I’ve got the muse feeling. So it just feels flat to me. Hopefully this will scratch gals itch for the subject matter since my brains not willing to go back to the old stories yet. )

This sounds hella interesting, I hope you decide to work with this prompt more because your bowl fluffy stuff is always a fun read.