I Know There Are Fluffies Nearby: Part 9 by FluffyOD

Part 8: I Know There Are Fluffies Nearby: Part 8 by FluffyOD - Fluffy Image Self-Posting - FluffyCommunity

Part 10: I Know There Are Fluffies Nearby: Part 10 by FluffyOD - Fluffy Image Self-Posting - FluffyCommunity

That guy’s my hero!

You mean he’s not really some primal force of fluffy doom, he’s just some edgelord who took “Might is Right” seriously? I am so disillusioned rn.

^Duality of man.
And you have to look deeper into what the maniac said beyond “might is right”.

Nah, “the collapse” is just the rapture for gun nerds. The rest of the world has too much tied into the US to allow it.

Gun nerds? The US? You’re losing me.
But this guy lives off the land because he feels like it and eats fluffies because they’re easy to catch.
The Maniac wasn’t saying anything to do with whatever you’re talking about, he was saying if you don’t act like prey you won’t be prey. Regardless, I just thought making this psycho go on a stoic monologue would be funny after 8 chapters of pure carnage so I just thought of something I thought this guy might say. Sorry you didn’t like it.

oh i like it fine, he’s just wrong is all 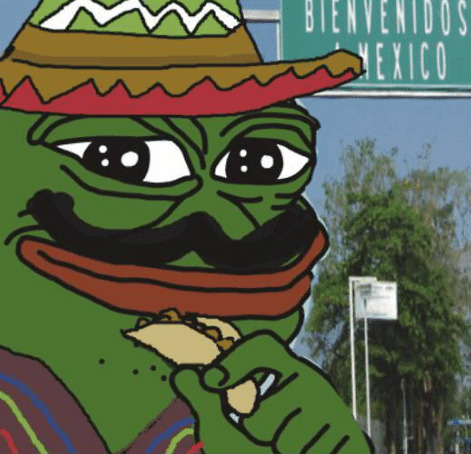 Wrong about what? The more self-sufficient you are, the better. The less you act like prey, the better. These are facts. Boiling it down to nothing, he wasn’t saying anything more than “have faith in yourself”. Period. What’s wrong with that?

He’s wrong because human beings thrive on complex societies and specialization, and in spite of the occasional fucky-wucky, the tendency towards increasing complexity and intermutual behavior is the general trend of humanity.

Yeah, society and community are good bro. This whacko would probably agree with you if he existed.

At least in my timeline, we slaughter a billion fluffies a week for a reason. We’re hungry.

I want to see what it will do to the pathetic foal​:smiling_imp:

One rant and suddenly everyone turns against the guy. Impressive, it usually takes liberal use of racial slurs to pull that off

Bad luck little dude, this guy’s gonna fuck up your whole everything my man like he’s gonna smash all of it.

God you’re so fucked. So yellow and fucked.

He should go full chimpanzee on the foal. Face ripping, total maiming, etc. 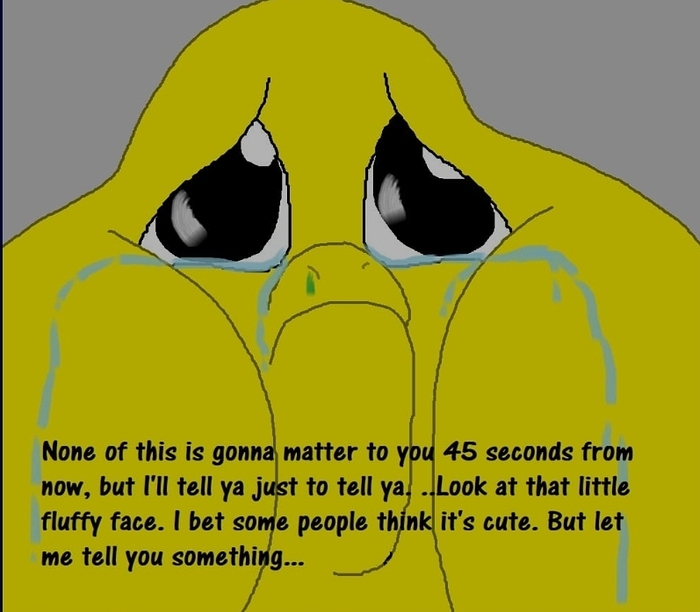 This guy is the patron saint of wanton mayhem and abuse.