Hey Guys and Gals and you all in Between im scared with everithing thats hapening right now.
With Russia Powering up its Nuklear Arsenal and Germany for the First Time since im alive starting to Rearm i just want to say im Happy that i found you

It’s funny. This time last month, my biggest concern was my missing stories.

I have my iodine, gas masks, duct tape, food, water, guns, and 300 round of ammo for each, two large first aid kits and a couple of military handbooks on first aid and decontamination. I also have a geiger counter coming in soon, I personally feel a little anxious but otherwise feel secure if I survive the first strike.

Thanks Krieg. But don’t worry too much.
It’s going to be fine.

Keep yourself safe brother. The world would be poorer without you.

( locks eyes with reader ) All of you.

I wouldn’t worry too much about nukes, but i get what you’re saying. it’ll all work out, my friend.

If y’all find my dooms day bunker, the password is “Booperino, Virgil, and Chloe”. Some may find this distasteful, but, I have found you guys great to interact with.

I have my iodine, gas masks, duct tape, food, water, guns, and 300 round of ammo for each, two large first aid kits and a couple of military handbooks on first aid and decontamination. I also have a geiger counter coming in soon, I personally feel a little anxious but otherwise feel secure if I survive the first strike.

I’m not ready to get out of dodge just yet, but if the big dump hits the fan I’ve got a few places to hunker down. In case I have to drop out of contact at any point in the near future, rest assured that I’ll see you all on the other side of the storm.

I do live in a city in America, but its not a big city and the closest active military base is 85 miles away. Our local airport is also not large enough to serve any major military aircraft outside of maybe some fighter aircraft. We also have some refineries and oilfields but the refineries aren’t large and the local oilfields produce very heavy crude which isn’t used for fuel. Both of the local colleges also have nuclear shelters from the 1950s/1960s and so do the older high schools. There are also tunnels that connect these shelters to 3 of the local hospitals and the old city hall.

Yep, what gave it away?

I knew Germany would fight 3 world wars, at least you guys aren’t starting this one.

I share your worry about things present & future. All we can do is hope there’ll be a big snap of realisation among those involved that what is going on is not OK so all hostility will cease. One can always dream…

I’m also thankful for this community. Strange as it may sound, you lot keep me sane in a world gone mad.

a world war implies that almost everyone participates. everyone in Europe will fight 3 world wars
or 2 if there will be no ww3

Portugal, Switzerland, Andorra, Liechtenstein, Sweden, Turkey, Ireland, Spain, and Iceland didn’t fight in WWII. And in WWI the Netherlands, Sweden, Denmark, Norway, Switzerland and Spain didn’t fight. World wars don’t mean that every country goes to war, it just means at least one country on each continent does. In world war I and World war II at least one country or colony from each continent fought.

i mean, dynamite on a spear is a kickass antiaircraft weapon 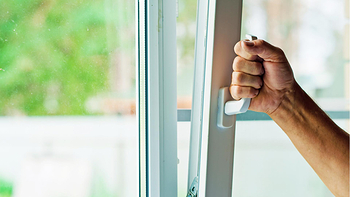