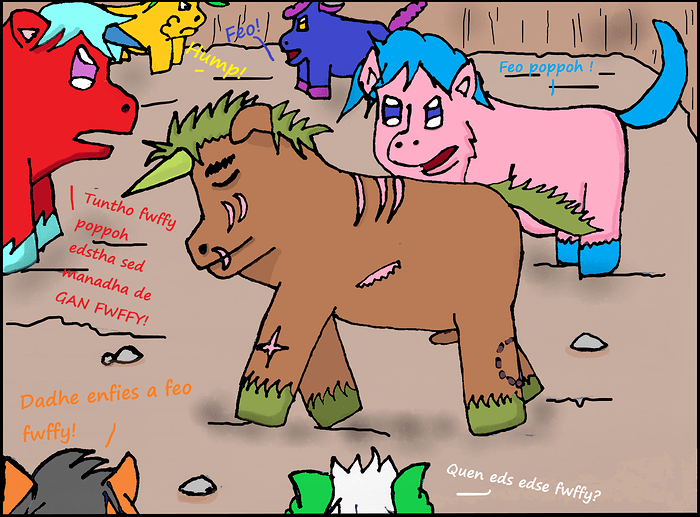 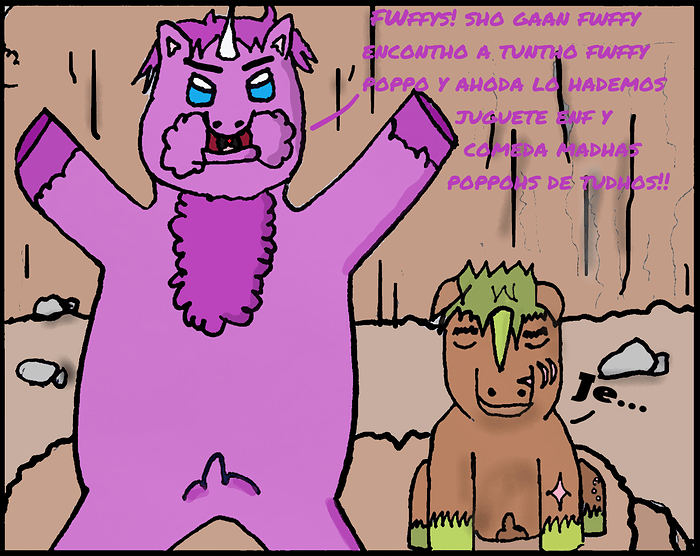 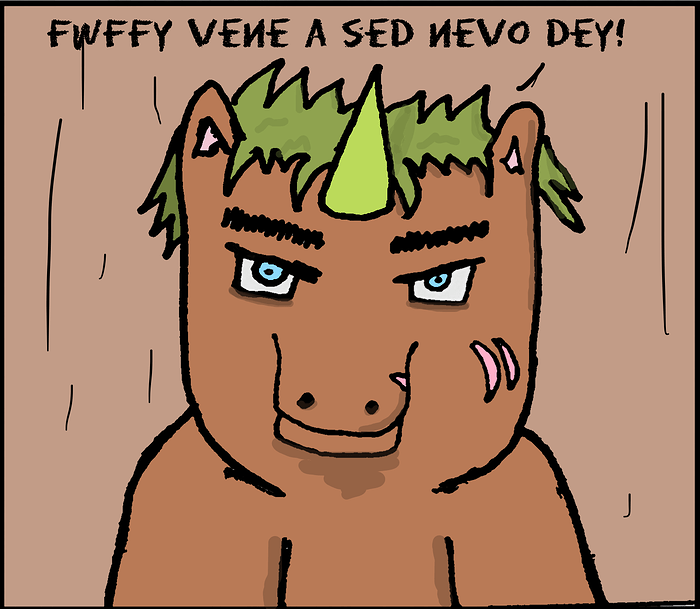 Not expected…
For now

I didn’t know before that there was such a nice Spanish speaking community of fluffies. However, and this is a nitpick, I’d really like that English fluffy terms were best adapted for Spanish like “flufis” instead of “fluffies” (which we would pronounce differently) or “enfis” instead of “enfies” (for the same reason).

But I like Osaka’s work and I’m ready to see King Poopie here carve his new path to smartydom.

damn, what a chad

The “poopie”'s coloring really reminded me of the grass block from Minecraft.

Could somebody actually translate it

my english is bad… but.
i can try.
Red Fluffy. Stupid poppie fluffy, until tomorrow to great fluffy
Orange fluffy: Daddy enfie ugly fluffy.
Green F: who is than
Purple U. F: Fluffys, me in fin this dummed popped fluffy, now is the new enf toy, he ’ ll eat everyone’s shit
Now i give the worts enf for a dummed pooped fluffy.
Brown U. Fluffy: I’m afraid you’re wrong
Fluffy wan he will be the new king