looking for an old story

I’ve been looking for a story for a while now that I remember reading on a 4chan thread years ago. I don’t remember a lot about the particulars but the few things I do remember are that it was about two fluffies, a male and female, who were being used as subjects in some sort of experiment, the story was told from the pov of their caretaker who I believe was never named and was set across a few years or so until the very end where it jumped forwards by a bunch of years as a sort of retrospective of what the characters had done with their lives. it started out as the female fluffy being the lead of the experiment but eventually lead to the male fluffy being the lead, and I want to say his name started with an h like Henry or Harry or something like that but I don’t remember exactly, and I want to say the story was written across 6 to 8 “parts”, though again I’m not entirely sure. sorry if this has been answered before and I just didn’t find the post, and I’d be grateful for any help.

Got to be honest, that sounds really generic.
A dime a dozen fluffy story, especially from the early days.
You can’t remember anything more specific ?

Oh, and welcome to FC.

This honestly.
Even just a specific scene from the story would help.

thank you for the welcome, as for any other specifics I remembered a few but not much. the premise of the story was something like testing fluffy intelligence limits and the scientists thought the girl fluffy was the smartest one between them initially before they found out the boy fluffy was a literal genius, eventually going on to do things like solve world hunger and bring about world peace and was revered because of it. as he was noticed for his intelligence the girl fluffy got more and more jealous and eventually started attacking him and I want to say tried to kill him at one point, causing the caretaker to torture her until she basically died from an infection from something he did. at one point I want to say she had a litter of babies who she also neglected but that’s another fuzzy detail for me. towards the end it got crazy as hell with the scientists finding out how to keep the boy fluffy alive for decades longer than he should and the caretaker, literally on his death bed, trying to kill him to release him from the hell of basically living in a giant life support system but dying himself before he could do so

Okay, that sounds a lot less generic.
It doesn’t ring any bells with me but somebody may recognize it

Also if you have any questions about FC or the workings of this place feel free to ask.
And dont be afraid to comment on stuff either.

Do you have memorable quotes from the story that can help identifying it?

I remember reading on a 4chan thread years ago.

And did you read it in text format like this

I can’t say I remember any particularly memorable quotes that haven’t been used a bunch in other stories, no, but it was on /b/ and it was in image format, I want to say the background of each part was a lightish green if that helps at all

Thats a green text story, and those are really really common.

that exact color, I think the text itself was the same shade of purple too

This is sort of an interesting puzzle to try to solve. At first I thought it must be that one with the tiny fluffies in the old school jar terrarium with a dung beetle, but now I don’t know.

Well that color means that it was a story made by Ferrotter… except I don’t remember, nor found any of his stories that took place in 6-8 part. The fact that he’s the only old fluffybooru users that never stop using image to tell a story made searching it quite difficult

Since it was uploaded on 4chan, do you remember what the filename of the image was?

I can’t say I remember the name of them, no, I want to say it was either the name of the girl fluffy or just something generic though like “The Experiment” or something like that, and that’s if I’m even remembering that part correctly and not mixing it up with another story I had read back then

Hey @thedarkgamer02, are you still here? I think I finally found your story 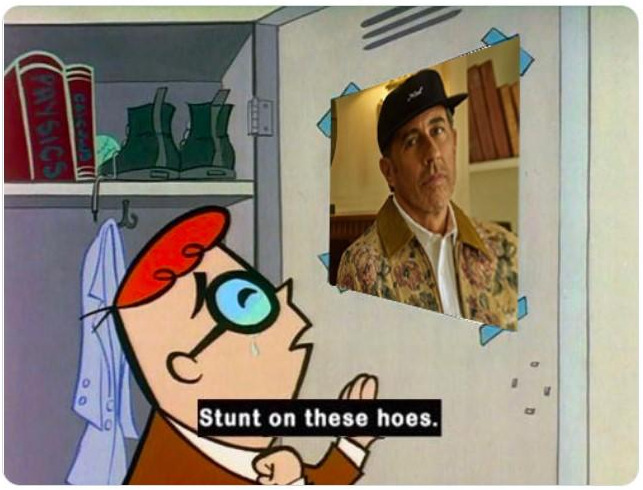