Official Goodbye & How Smarty Party Would Have Been

Hey all! I haven’t been active in this fandom for quite a while now, but I thought I should give an official goodbye instead of just vanishing like I usually do.

Fluffies were a cathartic outlet for me, and let me let out my frustration in a harmless way. But nowadays I have found a therapist and started medications for my real life problems. I just don’t need fluffies as an outlet anymore and have lost interest in them.

That being said, I know a lot of folks enjoyed Smarty Party, so I wanted to tell you guys the ideas I had for the comic that I’ll never use now that I’m quitting.

Magenta grew up on a farm and as a child she enjoyed taking care of the animals and exploring the woods around their property. She had a love of nature and a favorite horse named Willow.

When the feral fluffy population exploded, they eventually reached her area and began impacting the environment and the crops on the farm. Her family struggled to make ends meet as the fluffies destroyed plants and left filth in their wake, and eventually they couldn’t afford to keep their animals.

Magenta’s breaking point was when they had to sell Willow and she never saw her beloved horse again. That night, she lured many fluffies into the barn and set it on fire. This is when she earned her “horns.” After this incident, Magenta’s parents were concerned for her mental health and sold the farm, starting a new life in the suburbs.

I was planning on introducing Magenta’s neighbors who lived on either side of her house. On one side lived Naoko, an avid fluffy abuser who would introduce Magenta to the dark web of fluffy abuse, and would encourage Magenta to post videos of her killing the unwanted foals from her breeding operation.

On the other side lived Cam, a hugboxer who had a dream of urban planning. He would have shown Magenta his ideas for how fluffies and humans could live peacefully together using technology to reduce fluffies’ environmental impact.

Magenta would flip-flop between these two extremes and struggle with her feelings toward fluffies.

~Magenta was going to project her personal issues onto Fuschia and teach him that he IS a monster, but that she herself is a monster too. He was going to grow up to be rather vicious imitating her, and would have controlled the herd, watching them and protecting them, but also punishing them and reporting to Magenta.

~Cherry was going to die soon after that brutal birth.

~Dewey was going to be pushed farther and farther past his limits until he snapped and went insane, eventually becoming derped.

~Strawberry was going to become a smarty, an unusual role for a mare, and become special friends with Banana even though they still had to breed with the stallions.

~Magenta was going to eventually take pity on Brownie and give him to Cam instead, who would have taken good care of him and let him be special friends with his own brown fluffy, Mossball.

Magenta was already shown to be after money, the whole reason she took in the herd for her breeding operation in the first place. I was planning on showing how Hasbio had become a massive supercorporation that was the root of everyone’s problems.

~ Magenta was going to meet a rich girl named Melissa, who saw that Magenta had an alicorn and assumed she was rich too. Melissa would invite Magenta into her “alicorn club” and Magenta would have joined one of their club meetings, in which she saw the disparity between the upper class, who lived in luxury and spoiled their fluffies rotten, and the lower class like Magenta who used the fluffy market out of desperation to make ends meet. Melissa was also going to introduce the club to her father’s invention, ice cream made from fluffy milk. Needless to say Magenta did NOT have fun. Melissa would have become a kind of frenemy to her.

~ I also had plans to introduce the CEO of Hasbio, Melvin Waller, as the series’ villain. He didn’t care about the lower class or the damage to the environment, he only cared about making a profit and looking good to the public.
Magenta would have been introduced to Melvin’s creepy brainwashed fluffy, who only ever said recited lines. She would have snooped in his office and found his secret room where the walls were lined with pillow fluffs, all of Melvin’s previous fluffies who didn’t behave perfectly and were now used to scare and brainwash his current fluffy.

Of course, I never got around to actually continuing the comic and now I never will. However I’m opening these ideas to the community! Since I won’t be around anymore, anyone is free to take inspiration from the ideas I’ve written down here. No need to credit me or anything.

I enjoyed my time in this bizarre little fandom and had fun talking to all the sweethearts here. Genuinely! But it’s time for me to move on and put it behind me.

Love your contributions to the fandom. Wishing you the best of luck on your mental health journey!

Even though we never spoke, I was very fond of you for what I had the opportunity of seeing here. I wish you all the happiness and, who knows, I’d personally be delighted in finding your work in the future, no longer under this name and in a very different setting I guess.

May your road to recovery be straight and paved, and lead you to fulfilling applications of your talents.

Shame you never got to finish it, but thanks for sharing the outline and good luck going forward

I don’t think we’ve ever really spoken, but I wish you good luck with whatever comes next. Personally, I believe that sanity is overrated, but I’m not exactly the model of mental health, so I’m obviously biased.

Though it saddens me to not get to enjoy more fluffy art from you it makes me glad to hear you’re heading down a path that you feel is the right one. May you find all the happiness, content and bliss that you so very much deserve. Thank you for what you’ve given us. 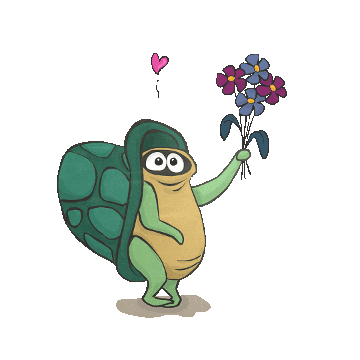 Thank you for all your awesome posts! We’ll all miss you here, but I hope you have an amazing future

Good luck with everything and happy travels!

Wishing you all the best for the future. Take care!

Aww, this genuinely has me a lil sad, but that is the nature of farewells. You take care of yourself okie? We will all miss you tons

I’ll leave this message here before I get too soppy.

a shame we’ll never get to read it but cheers to your health! (Raises coffee mug)

We never spoke officially, but I was also a fan of your work. Best of luck in your future!

Gonna miss your skills and brains but you gotta take care of you. I’m glad you are seeing a therapist.

Fluffies are a cathartic outlet for me as well and the reason I got started. This community has kept me in though. Don’t be a stranger if you feel it won’t impede your mental health growth

Thank you for joining us for as long as you did, @magentademon
I’m very glad you’re in a better mental state, now.
Please take care, we wish you all the best, and if you ever feel like coming around, you’ll always be welcome here.

I love the whole, “Fluffies were great, but I’m getting professional help now.” premise.

I’ve admired your content for a while, and while I’m sad to see you go, I wish you the best of luck in whatever your future endeavors are. Thanks for being part of the community for as long as you were, and thanks for the memories!

Aww bit sad we cant ever see the continuation and finale of your story but thanks too all your contribution and beautiful artworks.

Thanks also giving us the summary of the whole story itself.

Farewell! I hope you have a great life! Im glad you are doing better mentally!

Glad you have found a good avenue in life. Never be afraid of coming back to barf out ideas or do things to let your mind wander. That’s what this quagmire is for. I loved all of your work, but I am glad you feel stable enough to move on.