Question regarding canon conflicts within a short story I’m considering.

Recently I’ve been considering trying my hand at fluffies within a fantasy universe such as Elder Scrolls or something similar for a story. I know there’s a canonicity regarding Hasbio and such and that headcanons can be used pretty loosely. However I don’t wanna go against any set in stone canons or make anyone mad lol, so would it be a bit too much of a stretch to use fluffies in a fantasy setting even if I were to give a logical reason as to their existence within said setting?

Dude honestly that would be pretty cool to read about, like Khajit eat them as a Delicacy or something.

Honestly man I’d say go for it it’s all in good fun!

No, hasbio is not a nessesety in scenarios where a big corporation is impossible (not like its a nessesety anywhere else, we just mutually agree its a neat hivecanon)

I could totally see fluffies being the invention of a bored Sheogorath just for the lulz.

You son of a bitch you read my mind

“Wonderful! Time for a celebration… Cheese for everyone!” 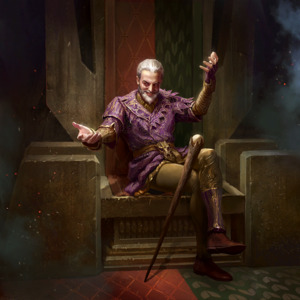 Fluffies as a writing device have come a llllllong way. At this point you really could throw them into just about any situation or setting as long as you’re internally consistent. It’s rather more important to preserve the fluffyness of a fluffy, their idiocy and helplessness and arrogance and disgusting hygiene and whatnot, than it is to maintain a specific connection to a historic canon the idea originally evolved from.

Just do what you’re gonna do, nobody is gonna rake you over the coals because “fluffies don’t exist in that universe” (probably). There’s been weirder and more blatant stuff here and on the Reddit

I’d push you to be more creative than “fluffies in the world of an existing franchise setting”.

I mean, have you read into Elder Scroll lore? Fluffies would not even be in the top 10 list of weird nonsense that’s popped up for no reason.

“Listen to me, Hadvar! Soylent Skooma is Fluffies!!!”

I don’t think i’ve ever seen anyone get mad at an alternative cannon. After all the fluffy cannon is basically a loose set of ideas that the community collectively agrees on but that doesn’t mean you can go out of bounds.

If you want to put fluffies in Todd Howard’s The Elder Scrolls™ universe go for it. I don’t know how you would explain their presence/existence but depending on your story you might not even need to. My only advice would be if you do give an explanation don’t be super corny and just think up a portal that brings them over from the fluffy verse.

WARNING: The following comes from someone who’s entire knowledge of the elder scrolls comes from Sseth’s reviews and spending 5min playing skyrim and may not be entirely accurate.

Perhaps they were sealed in a dwarven vault and recently released? Maybe those wizard people who live in trees accidentally created them?

You’ll probably be fine. But if it really concerns you. You could say… The fluffier were a Humonculi experiment gone wrong from …I dunno The great wizard Oibsah