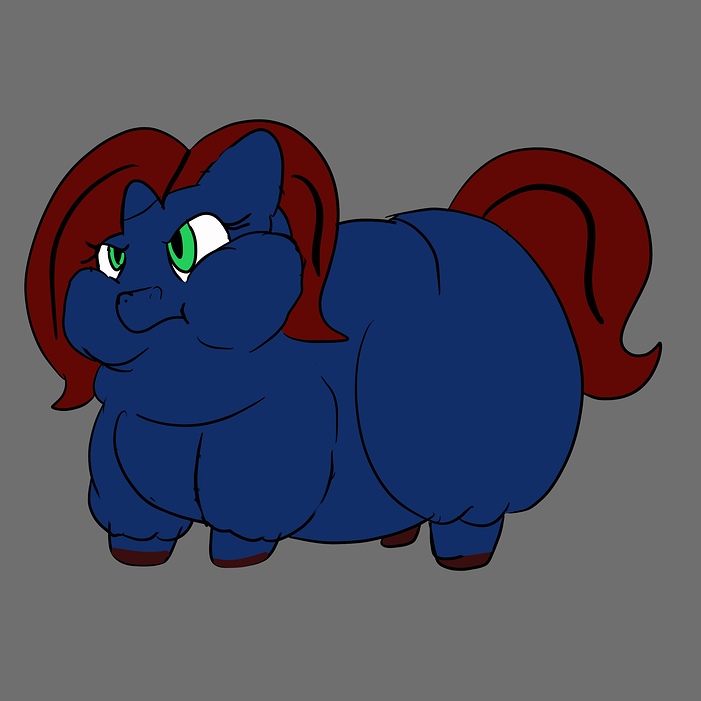 Self proclaimed Bestest filly that steals milk from her mothers teats at night, Hence why she is so fat.

To be featured in an upcoming story!

Well if she’s the bestesh then let her have the milkies.

In fact, let her have ALL the milkies.

Let her drink until she can’t drink anymore, then force the milk down her fat fucking throat until something inside her goes pop.

Bestesh babbehs are bad enough, self-proclaimed ones are even worse.

yeah, Her mother didn’t even call her bestest baby, It was just because she adorned a horn like her mother

I have a similar character in Forest, little shit was the first of his siblings to talk so his mother called him ‘smawt babbeh’.

So instantly he called himself Smarty.

Which reminds me, I really need to get back to his story so I can decimate the fat bastard.

Yes please , I want him dead

Yus! I can’t wait! Hey, do you by chance know any good stories that have karma on smarties, bad parent fluffies, or best babbehs? I want something juicy to read o3o

Yup was waiting for what happen on that fat shit and his even fat entitled family. Scarlett gonna have fun

Tresspasser (Written By: GreaverBlade) (Art and Fenwick By: Switfbitches) Collaborations and Tributes

[Swiftbitches - Fenwick Attacks Creamsicle] “OK, you two. Have fun playing in the yard!” Jolene told her fluffies as they made their way out the door to the back patio. “Cayenne an’ Cweamsicew goin’ ‘spowin’, mummah!” Cayenne told her momma. “Goin’ ‘spowin’!” Creamsicle echoed from his place upon Cayenne’s back. He was resting on his rump and snuggled in to her fluff. “Ah’ll be working in my office and will be out to check on you two in a little while. Just tap on the glass if y’all need …

She’s just so chubby, I’d not be able to resist petting her even if she is a stuck-up “smarty-in-training”. I just find chubby things so cute lol

Time to crush or eat this little troublemaking fuck nugget.