I was watching Invincible while working on Aww Staw, and yes, I was quite heavily inspired by the character of Mark Grayson (especially since I read the comic way before the animated series). Thanks so much for this, arisen!

Well, like I said, if you want superhero fluffies, my stories will be perfect for you.

I’ve got those, vampire fluffies, a vampire hunter fluffy, a wizard fluffy, a zombie fluffy, giant garden fluffy monsters, demon fluffies, a fluffy golem, and a robot fluffy, though that last one didn’t last long.

I even have sarcastic fluffies.

I really need to get round to reading your series. I wrote mine as a tribute to KMEB’s concept, while also exploring All Star Superman but from a different approach/perspective

Yeah, I’m more of a Marvel guy than a DC guy, but I do like some DC stuff. And you could probably read a couple of my stories, at least, in the time it takes you to drop a deuce. Maybe. I don’t know how long you spend on the toilet, and I don’t want to know.

I kinda want to see Fluffies in other non-Big Two comics.

Though stuck with the cosmic belt in Empowered has potential. 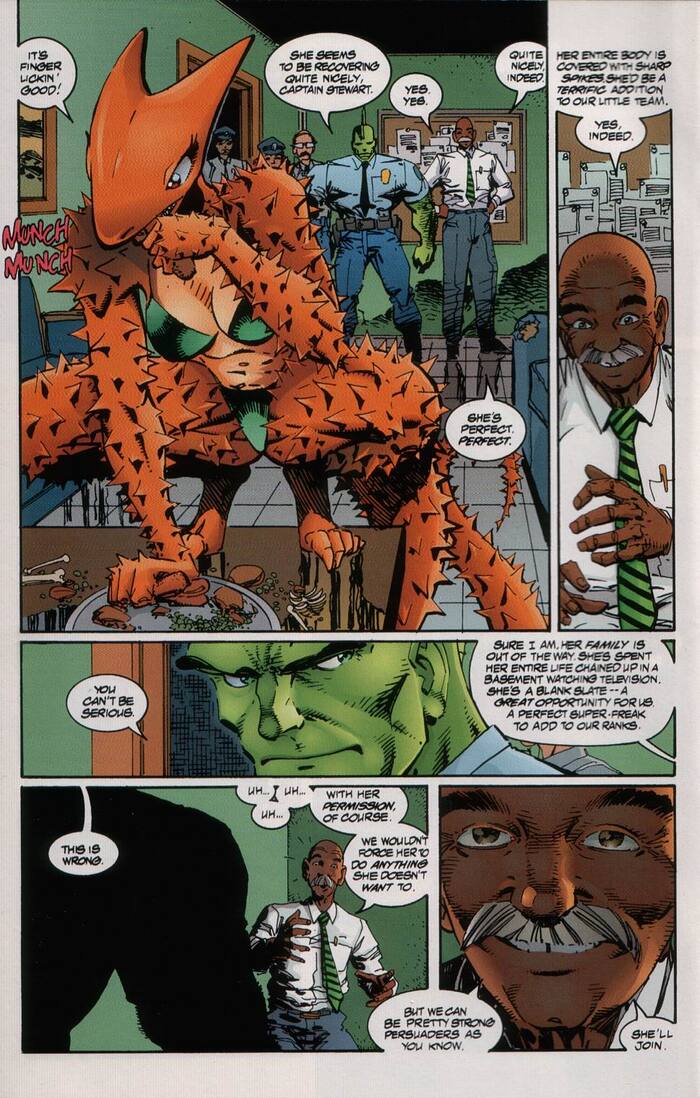 You’re welcome, glad you liked it.

The Mask would be cool to see. They already had a dog wear the mask in the movie.

A dog. The movie. They never made a sequel, and I will fight anyone who says otherwise.

I drew a SAVAGE FLUFF DRAGON.
If I can find it, I’ll post it.