The Final Fall of a Tyrant [Ch.2] (By Biorb_McBiorb)

Donna and Clint quietly set up the machine next to Xerxes’s Cage, the Smarty was either sound asleep, or too exhausted from yesterday’s beatings to wake up to the mild sounds of the metal thing being set down onto the Sorry-Room floor. The noise had woken up Candy and Cobalt, both wiggling to each other for comfort, crying out about the “Scawy-Noise-Munsta”.

The machine was a, by all understanding, a Milker. Only meant for Stallions, not Mares…

Once the machine was hooked up, Clint kissed Donna, waving to her as she left. God did Clint enjoy watching Donna leave… (Ahem… Sorry…)

Clint slammed his hand onto the cage loudly, waking up Xerxes from his deep sleep, while Candy and Cotton freaked out more. “W-wha? Wha’ dummeh wan?” Xerxes asked, still super groggy. Clint didn’t answer Xerxes’s question, instead, Clint simply opened the door and let Xerxes out. The Smarty, while a bit too groggy to try anything, was awake enough to understand that doing what his captor wanted was probably best… For now.

Xerxes walked out of his cage and was immediately tackled to the ground by Clint. In a matter of moments, Xerxes was pinned down, the only pause in this wrestling match was for Xerxes to be strapped down onto a leg board, his legs were fastened down and buckled twice over. The finishing touch? A muzzle, fastened tightly around the annoying fucker’s talkative mouth.

While Xerxes wanted to complain and curse Clint, he found himself struggling against the thing that was tightly fastened around his snout.

Clint flipped the leg board to where Xerxes was plopped on his ass, a small cut out of the leg-board revealed the target of Clint’s torture…

Placing a large metalic cylinder onto the Fluffies member, Clint then latched the belt around the container and Xerxes’s body, causing the member to sort of lay in the pump by default.

Clint grinned, getting up from the floor, and Xerxes’s large leg-board. Moving over to the bulky container, Clint hit a switch, a loud motor, beginning to whir the Milker awake.

Clint left, a large grin on his face as he heard Xerxes moan faintly, of course it would feel good at first…

You are Xerxes, and hot Fwuff did you feel good! You were in a small piece of heaven, a quaint Eden in this hell-hole…

You couldn’t see the mare who was giving you special-huggies, but you didn’t really care. You were finally getting something out of th-this dummy!

Xerxe’s thoughts were cut off as the milker did it’s thang. Stimulating the Smarty’s member, a strange rhythmic motion of the machine caused Xerxes to quickly complete. While he wanted to yell out ‘GUUUD FEEEEEWWWWWSSSS’ He was unable, as the muzzle clamped his lips and mouth shut.

As Xerxes calmed down, still feeling the satisfying feeling of pleasure wave over him, Cobalt and Candy both watched, both with different thoughts running down their mind.

Candy tried her best to go back to sleep, the loud engine of the Milker making it nearly impossible for her to drift back. Cobalt… Wasn’t so lucky, see he was placed at an angle that let him watch Xerxes closely, so closely, that Cobalt could see the ‘baby-batter’ moving down and along the hose, moving right into the Milker.

While Cobalt had wanted to warm Xerxes about what was happening, he had learned quickly that this Fluffy, Xerxes, was a bad Fluffy… Whenever Cobalt tried to strike up conversation, Xerxes yelled, berated him and his Special Friend…

So instead, Cobalt watched, while absolutely grossed out, he did enjoy being able to see Xerxes’s face as the machine kept going, even after the first extraction.

Xerxes’s face went from happy, to panicked very quickly, his member was horribly sensitive now, and the machine just kept going! Xerxes trashed as hard as he could, but the leg board was too tight, restraining his movements!

Xerxes couldn’t tell why but he was begining to think this wasn’t a mare, hell, not even a enfie-dummeh-Stallion! Right now he needed a way to get this thing off of him! It’ kept giving guud-feews, even when Xerxes didn’t want them!

Xerxes suddenly felt his stamina come back to him, as the Metal Munsta continued giving unending guud-feews. The feeling was bliss again! Xerxes had panicked, but now was feeling good again… Just the way he wanted it.

Xerxes calmed down and went along with the feew-guud-munsta, simply enjoying the circumstances he had before him, continuing the strange cycle of completion-panic-completion.

Cobalt watched happily as the large Smarty was milked, quietly laughing at the fact that Xerxes didn’t realize his fate.

Clint walked into the sorry-room, wanting to see the progress Xerxes was making. Under Clint’s arm was a 4 gallon Fluffy-Food-Pumper. A older food pump sold to mills for feeding the ‘problem stock’.

Clint had filled this bad boy with some ‘Ultra-Fattening Mega-Mummah’ Brand chow, the kind filled with fattening hormones, only the best for Mummahs…

Or in this case… Daddehs…

While Clint hated this fat-ass, he knew quality when he saw it. Metallic Gold coat, and a Mane that’s Gold with strands of Black, Purple, and Red. A metallic Gold horn…

It pained Clint to say this, even think it…

Xerxes was a Top-Dollar Fluffy…

And he was gonna milk this fucker dry, because despite everything, Clint was now a businessman, all-be-it a rather lousy one, as he was already rich. Checking the Milker’s tank showed that it had been filled with about 2… No three cups worth of spooge.

The entire tank could hold 2 Gallons…

Finally looking over to Xerxes, Clint saw the Smarty looking like a tired and exhausted mess. The stallion was in absolute agony. Xerxes was tired, damn near unconscious. As Xerxes lulled his head over to face Clint, Clint smiled, removing the muzzle.

“Ha! Yeah… No.” Clint said, forcing down a feeding tube down Xerxes’s throat. And with that, Clint got up and left, only glancing over at Candy and Cobalt.

“If you two are good, ill let you eat good nummies tonight, okay?” Clint asked, pretending to care about them. Both didn’t answer, only nodding in understatement.

Clint smiled and left the three Fluffies to their own fates for the night.

Clint’s final chapter for Xerxes was to be a familiar, pained end, one that wouldn’t require his cock on his body. For all Clint cared, Xerxes’s pecker could fall off right then and their, shriveled and dead. Clint had no care for Xerxes, only for the pain the Smarty was given, and the genuine pleasure it gave Clint to give. From what Anon told Clint about this… Thing… He knew everything he was doing to Xerxes was justified. Hell, it needed to happen.

Hopefully, by morning the machine would be full

Xerxes was… For lack of a better term, fucked up.

The feeding tube would pass a sludge like kibble into his mouth, the liquid and nourishment were the only thing keeping this Smarty going…

Candy and Cobalt now watched as the machine kept going, continuously giving good feels over and over again. Xerxes began to tear up as the pump that covered his member, was now tearing small bits of skin off of the Stallion…

As of now, it had been 5 hours since Clint added the food pipe, and Milker’s tank was now a resounding gallon and a half.

While Clint slept happily, Xerxes cringed and cried thru the pained enfies. He wanted this all to stop… He was the best! The Bestes’ Smarty Babbeh of Daddeh Darius!

As Xerxes contemplated why this punishment was happening to him, he felt his special-lumps begin to churn in pain, as another deposit was made to the Machine’s tank…

Xerxes felt his muzzle get damper and damper with his tears…

Xerxes felt his member yet again get stiff, the machine doing it’s part over and over again by now. Xerxes simply cried harder, and begged for his bestes’ Daddeh to save him…

He would sadly… Never hear him.

Clint walked in to hear the pained cries and tears of Xerxes, the muffled begging granting Clint the satisfaction he needed in the morning. Like a cup of coffee, the Stallion’s cries were all Clint needed for his morning pick-me-up.

Clint grimaced as he got Closer to Xerxes, and removing the pump. It appeared as if the pump had bent Xerxes’s member and continuously kept smashing it over and over.

Xerxes was alive and well, but the pain was neigh unbearable.

Clint removed the milker and began to chuckle. Clint tried not to laugh but the fact it looked like a zigzag was hilarious to him. Clint grabbed some rubber gloves and began to slowly stretch out Xerxes’s member, the pain of it setting back right was agony to Xerxes, who fainted right as the member stretched out to it’s full length.

Dumping a little healing gel onto the broken member, Clint could see it take effect, quickly righting the member’s broken and torn skin. After a few moments of holding it in place, Xerxes’s member began to heal.

Just as the Stallion’s dick was healed, he woke up, confused and pained.

Clint ignoring the Stallion, removed the now full tank, and sealed it up, placing a second into the empty drum. The sight of a new drum made Xerxes cringe and squeak out in distress and pain.

Clint checked over the feeding pump to see if it needed refilling. As Clint did, Candy began to cringe, wiggling in pain until finally she shreeked out.

Clint’s happy smile turned to Candy, Cobalt watched as Clint got up from the feeding pump and made his way to the clear moving bin the two called home.

Clint set the box down onto the metal plated table and sighed. “Okay Candy… Cobalt… Lets do this.”

Special thanks to @Motowhed for letting me… ‘Adopt’ Xerxes 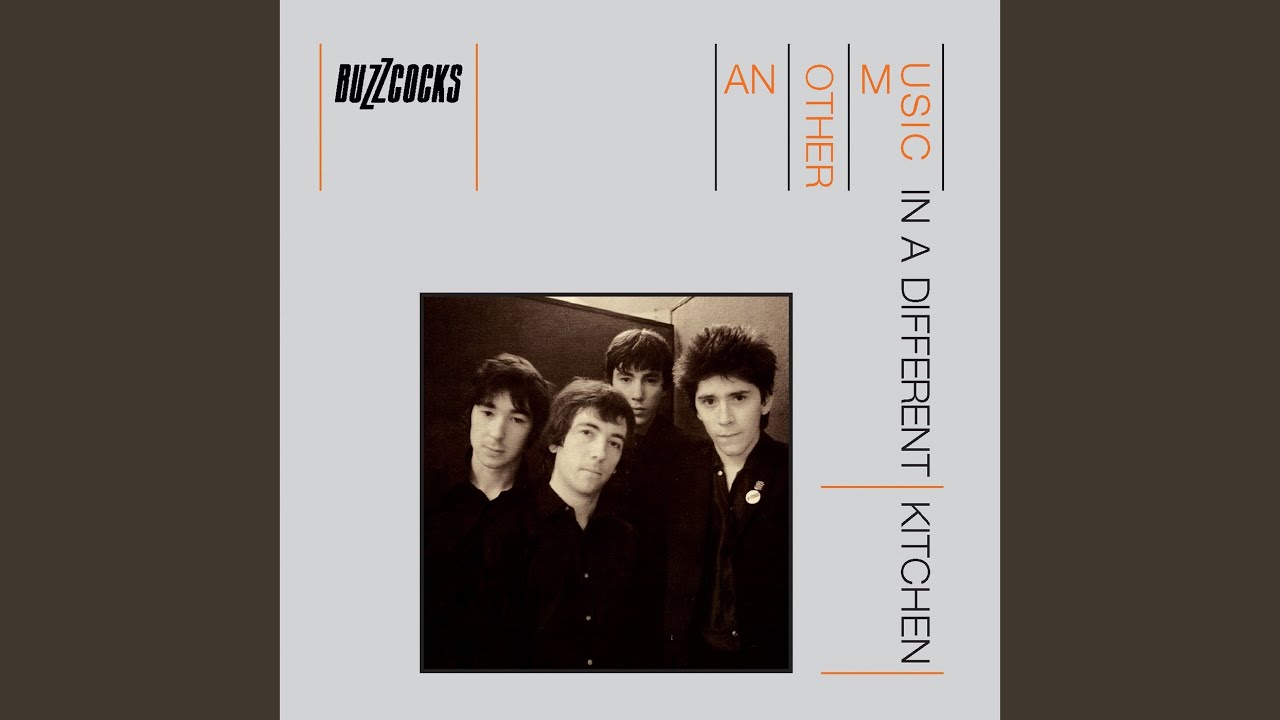 And Candy! Perfect timing. Clint’s just havin himself a party.

Clint when Xerxes tries to pip up