The muffinman + LORE by MuffMan

Found the original story this piture is based off of, enjoy! 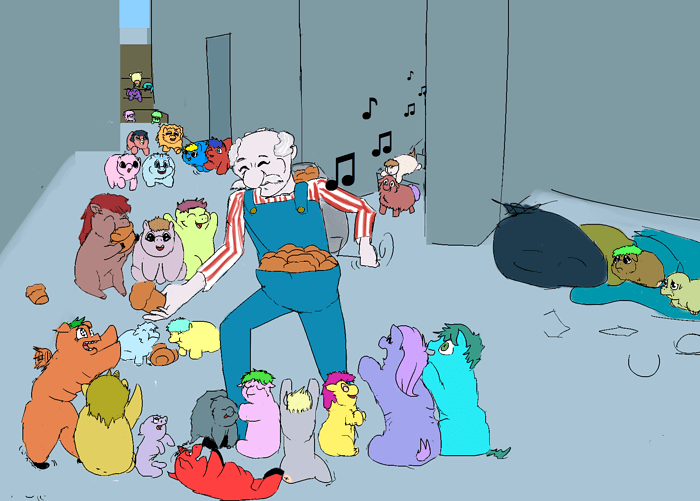 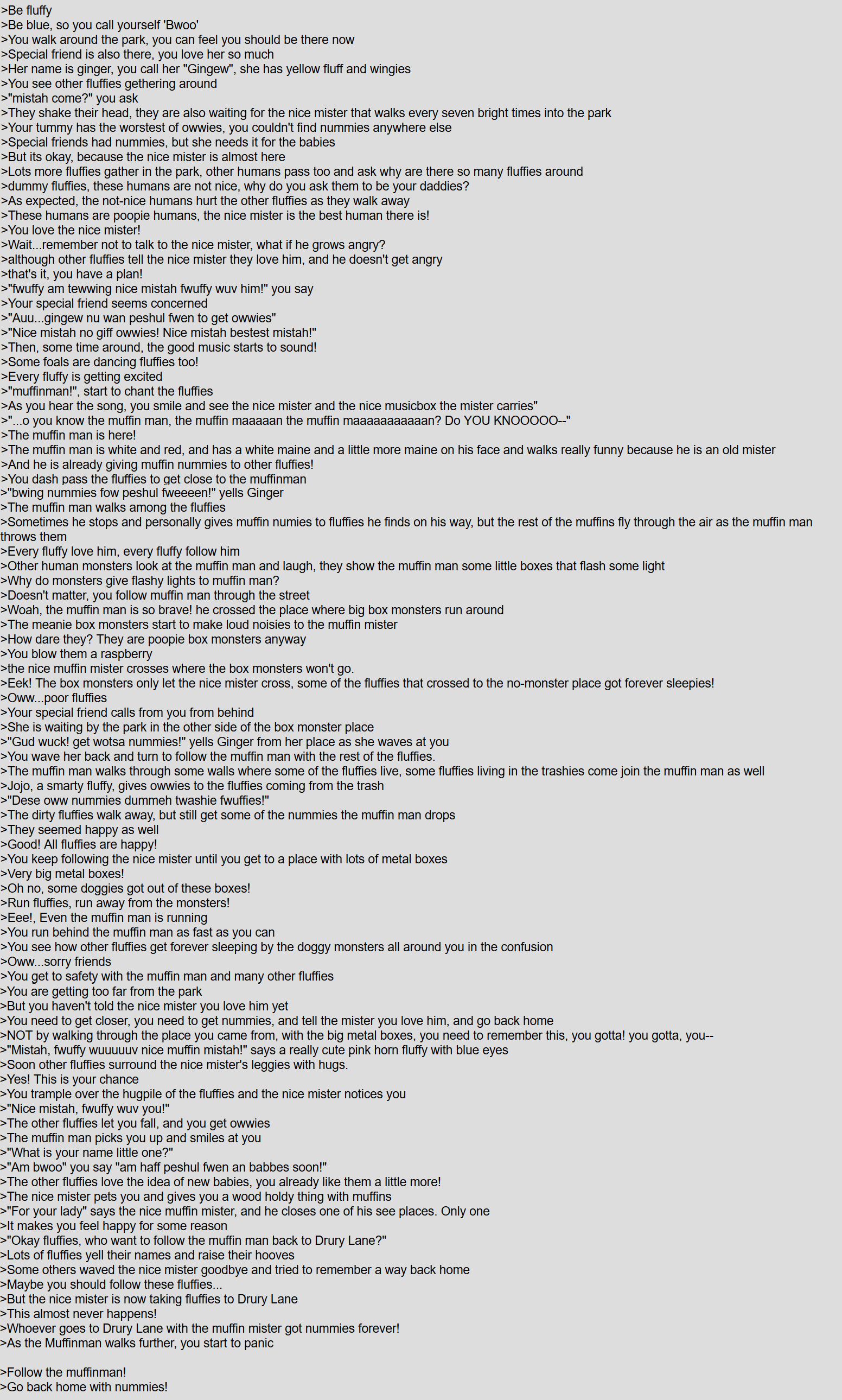 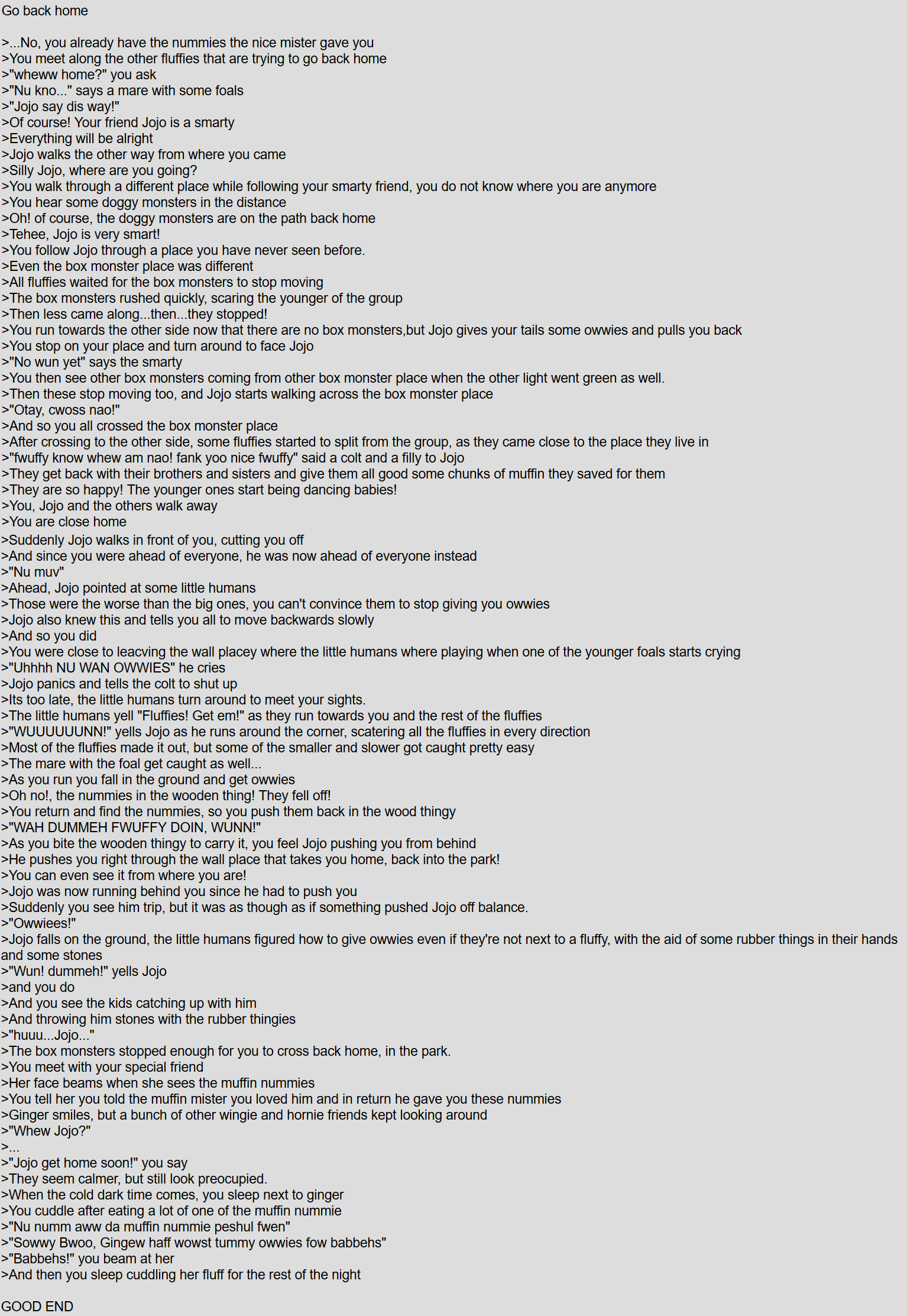 That’s… both tragic and funny in a twisted way. So, a fluffy that is greedy gets hurt and is made into the very thing it wanted to eat. A fluffy that doesn’t give in to the temptation gets to enjoy the muffins without knowing that they are essentially eating other fluffies. Just imagine the chaos if the free fluffies found out what Drury Lane really is. 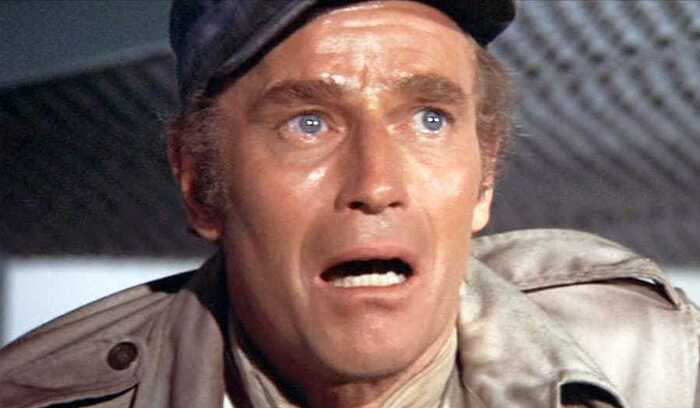 I dunno. Fluffies aren’t averse to cannibalism, and these are ferals.

Love it! I like the idea of choose-your-ending fluffy stories. And perfect ending of the epilogue.

from all headcanon pieces you choose only the darkest, do you?

No, it’s a popular headcanon, but not a hivecanon.
To me hivecanon consist is
1)fluffies are covered with fluff
2)fluffies speak fluffy talk
3)they eat and shit a lot
4)they want an owner, safety and babies
5)fluffies are a product first and everything else later
Everything else can be changed at will

I’ve only seen it as a last resort thing among fluffies, and with every other species, come to think of it…

Quite a few animals practice it whenever they get an opportunity.

Fuck, as an experiment scientists left behind a human body that was donated to science in the woods to see what would eat it, and it was the fucking deer. A buck kept one of the leg bones to chew on for a year and carried it between grazing, eventually dying with it still in its mouth. They’ve done it multiple times since then across the world, and bodies are often eaten first by herbivores.

We humans have such a big taboo not only because we are social animals, but a human evolutionary adaptation is we are REALLY bad to eat. We’re fairly toxic and smell like disease. That’s why people who have eaten human flesh describe our meat as “rancid pork”, and why cannibals get a number of diseases including notably kuru.
On the other hand it seems like in some canons Hasbio made Fluffies to be edible.