The Ringmaster Returns [by L.AVaught]

The ringmaster was last seen alive at an abuse convention with many thinking it was a bad cosplay before proving himself via minor telekinetic activity. No one knows why as before this he had not had any verified sightings in several years besides clickbait shit on youtube. People started recording him doing tricks and immediately after this he was killed rather easily by government paranormal investigators for the crime of being a nonhuman paranormal entity that was capable of killing things with a metabolism. What did you expect a demon that goes after fluffies to be that tough?

No crap I really dislike the ringmaster, he’s such an obnoxiously edgy character that feels really fucking cloying. Like I get he’s ingrained into the collective mind of this fandom but he looks like something that’s made purely to market to annoying emos.

I agree. The Ringmaster is nothing special, because, when you strip away his ‘space alien turned eldritch abomination’ theme, he is a run of the mill Abuser with shades of Poopeh Babbeh White Knight. You know the kind of common trope.

Person walks past an alleyway, sees a thin brown foal getting menaced by its bad mom, so they rush in and break the bad mare’s legs. Then they torture and kill the rest of her foals before putting the brown foal on the mare to nurse. Then they bring the mare and the foal home, and milkbag the mare. Then, when the brown foal gets old enough to not need milk, they litterpal the mare. Then, when the mare is near death they drop her off in an alleyway that has a mangy looking, disease-ridden Smarty in it and leave the bad mare to get enfed to death. And on their way home, they see another bad mare and the cycle repeats.

All that the Ringmaster has going for him, is that his back story is that he was, in Fluffspeak, a poopeh babbeh that got mad and hit bestest babbeh, causing his mom to try to give him fowebah sweepies and he barely survived.

In normal speak, if I remember right, he was an alien from a race of bright and vibrant mist-like creatures, but he was small and dull looking. He got jealous of his biggest and most vibrant looking sibling and his rage and jealously turned him into a inky sludge like abomination. He lashed out, did almost no damage to his vibrant sibling, but that made his mom go berserk and rip him apart. A tiny bit of his sludge body flew through space and landed on earth.

That is why he tortures fluffies. He is an angry alien with momma issues, so seeing bright and vibrant fluffies being bad to dull colored fluffies is his berserk button. My memory is bad, but I think I remember him having a dull colored runt as a pet? Dude is malice given form though, so he kinda tolerates it rather than abusing it I think? Can’t remember. 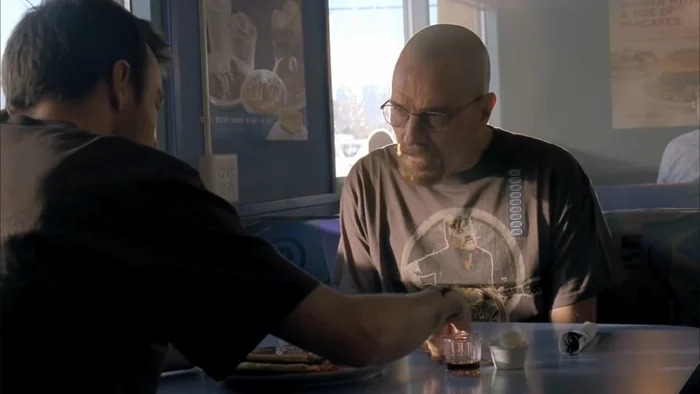 Not to forget his thrilling day job in the urban sanitation field.
He did do some decent camera work.