Wanting to create my first story on here(Irozi_Frozt)

Hello if you had not hear (Stud_CreamFilledMuffin) Is my older brother that has left community due to being a old fart/getting married.

Bro… Follow your heart my man, your Emotions will guide you

Start basic and work your way up. Write a really stock encounter, but do it in your words the way YOU would describe it.

You don’t need a good idea. You just need an understanding of fear or panic and the words to describe it. Plot can be as simple as “bestest babbeh tries to escape a raccoon and fails.”

It sounds like you want plain abuse, but let’s saaay… A loving owner has to remove his fluffy’s wings because it keeps trying to fly by jumping off things and he doesn’t want it to get itself killed. But the story’s from the fluffy’s perspective, and the fluffy’s in utter despair as to how its own daddy could take away its ability to fly for no reason (even though he’s trying to console it and cheer it up).

Actually if you don’t do that one I might do it myself. Sounds like some good hurt/comfort. 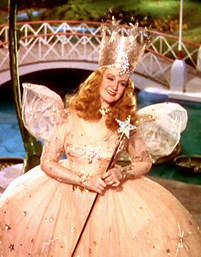 A fluffy learns how to sell stuff. It then learns the basics of money (more money=more spaghetti). The rest depends on how far you’re willing to go.

Take something to do with toys.

Write about that. Something evolving, something newly released, something old that escaped. Intended things that failed, or happy/unhappy accidents.

Srsly tho hell yea! Welcome to this den of sadist! I got comms from him! My pfp is his work too as a matter of fact! If you need help or if wanna be frens then hmu!