A Family in Need [By Biorb_McBiorb] 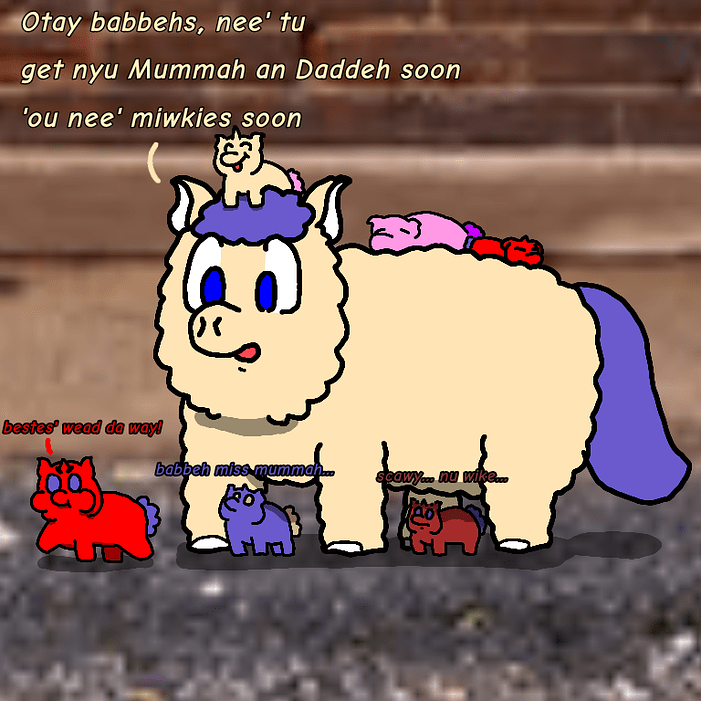 Been playing a lot of Fluffy Breeder, awesome game btw @eidalac , and while playing i found this single father with 6 babies! Wanted to draw em is all!

…Is that text from game, or your text?

This seems more like a good natured adult who found abandoned/orphaned foals and is now looking for an adoptive parent pair.

My own text! Also yeah possibly but the game doesnt mention stuff like that, jus that they all his kids and they looking for food

Ah ok so he’s looking for humans to adopt the family, got it. 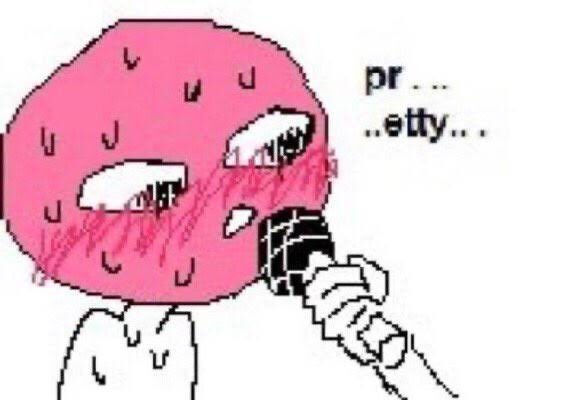 Look I know liking the bestest baby is a very cursed opinion but the moment you put big cheeks on something I have a hard time not loving it.

For me that usually sets of my cute aggression with fluffies.

Probably because of a artist, whose name i cant remember right now, but they drew their fluffies more like a cross between monkies and donkies and they were really hateful little buggers with massive cheeks,

Justice for bestest babies! Not all of them are the spawn of satan himself!

I mean I do wanna like hug the little cutie and squish em’ just a bit. But I also wanna feed him ‘til he’s fat.

Too cute. That game has to be one of my absolute favorites.

It’s interesting cause with the “good-parent” tag, this almost feels like some true neutralbox/yin and yang thing.

The fluffy father is clearly a good parent, giving his foals rides on his back and making sure they get milk. But the way he words getting a new set of parents/owners soon makes it sound like he regularly cons humans into giving his family food and shelter and then ditches when their needs are met.

Plus all the fluffies are squeaky clean even though they appear to be in an alley, so someone must have been taking care of them recently. Why would they need new parents and not go back to them?

My man thats a very cool read in to my art, but i can just tell you none of that was planed and i wanted to draw a silly dad whos special friend died and he realized, hey, human got milk, need that for mah kids

What does he mean by mumma and dada

Fluffies call their owners Mummahs and Daddehs, he needs and owner to take care of his babies, someone to gice milk

t the game doesnt mention stuff like that, jus that they all his kids and they looking for food

Process wise the game generates a whole family first, then randomly culls members. So genetically they are parents/siblings but I never wanted to specify that - you can call it as you like.

There is also a process for a prior feral to make a return appearance but it never got to the point where an unrelated group would show.

Process wise the game generates a whole family first, then randomly culls members. So genetically they are parents/siblings but I never wanted to specify that - you can call it as you like.