So this topic is where I will upload my art of Artemis, one of my (as of now) 3 fluffies, which are currently part of the same universe and come from Iota Labs. All art that is posted on here will also be posted on my reddit in the subreddit r/fluffycommunity.

Backstory: Artemis is a genetically modified fluffy from Iota Labs. He is very sweet towards those he trusts and will hide from those he does not trust. His major appearance changes are his horns and floppy ears. He was gifted to a child and is loved in his home. Artemis likes science and if you were to play Bill Nye the Science guy or something on a device, he will be glued to the screen. 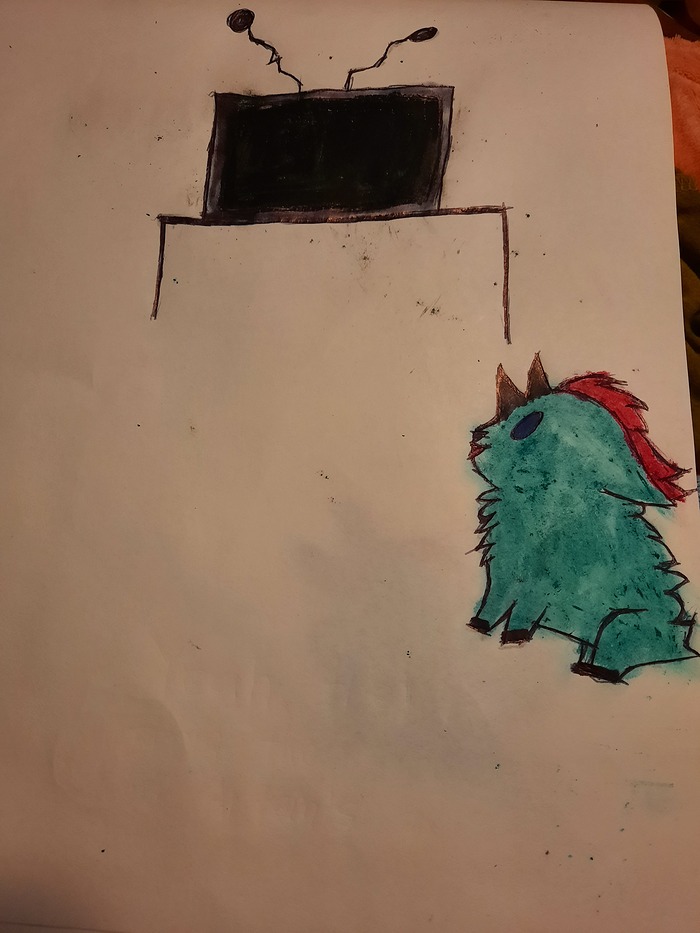 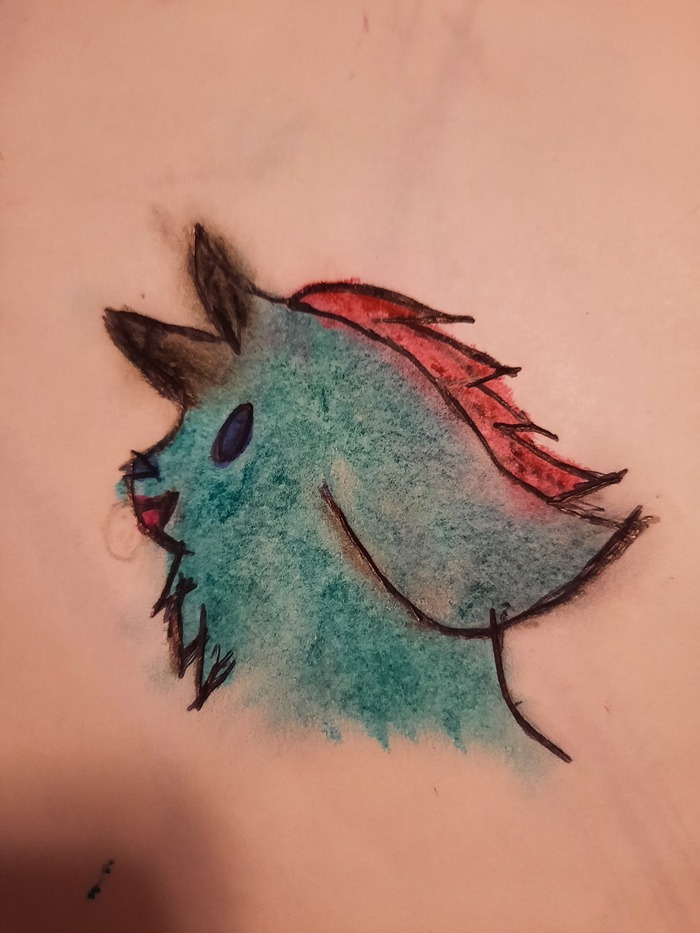 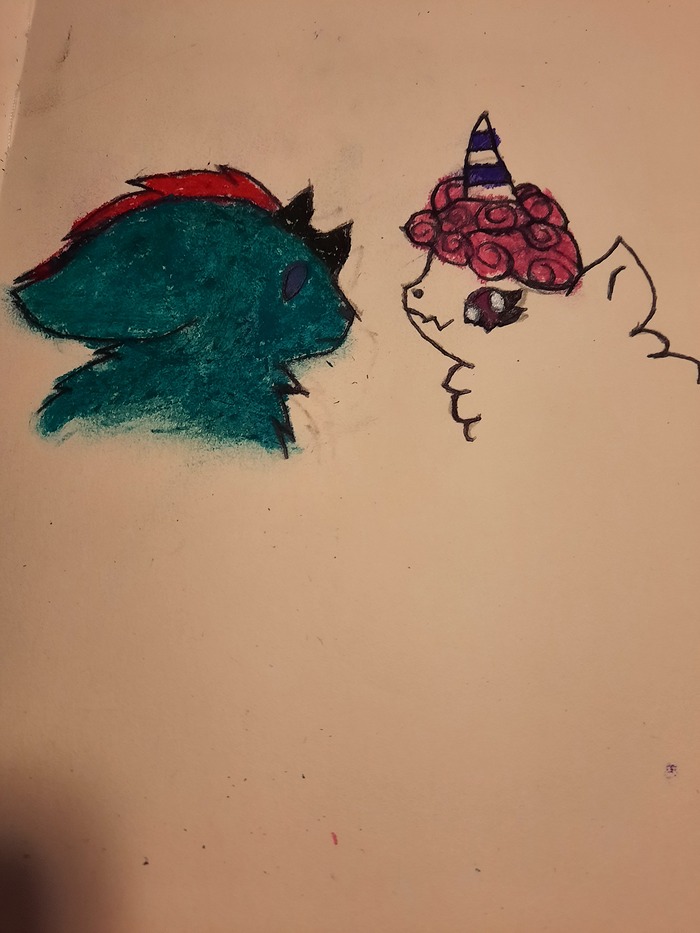 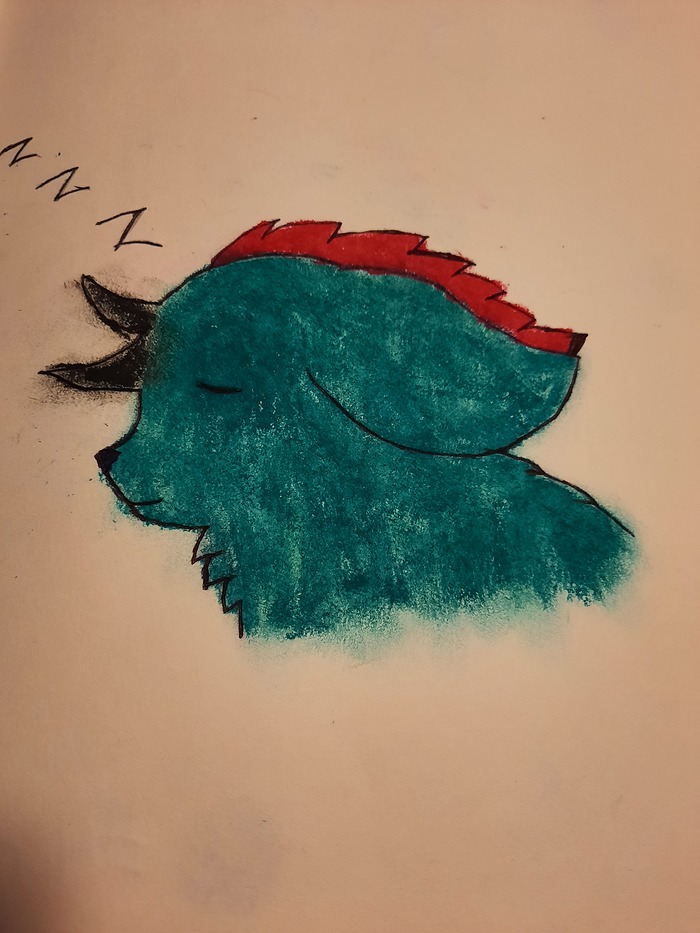 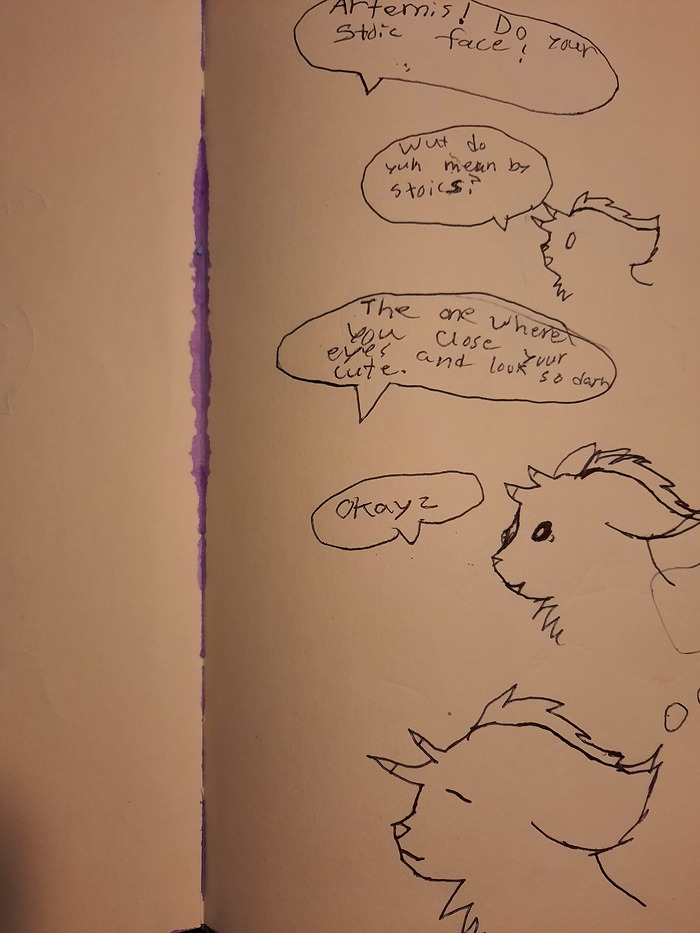 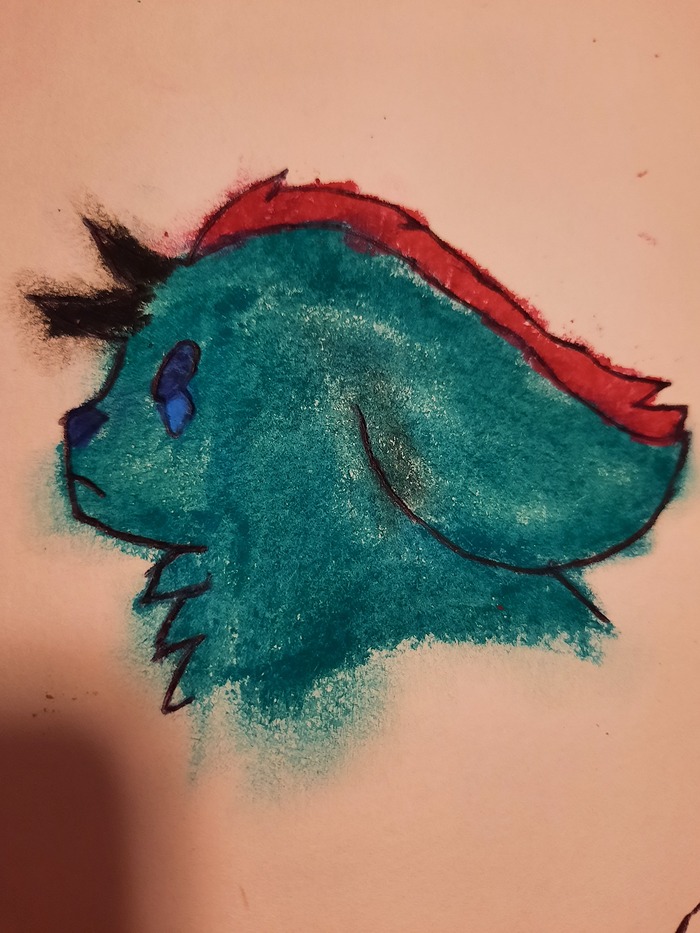 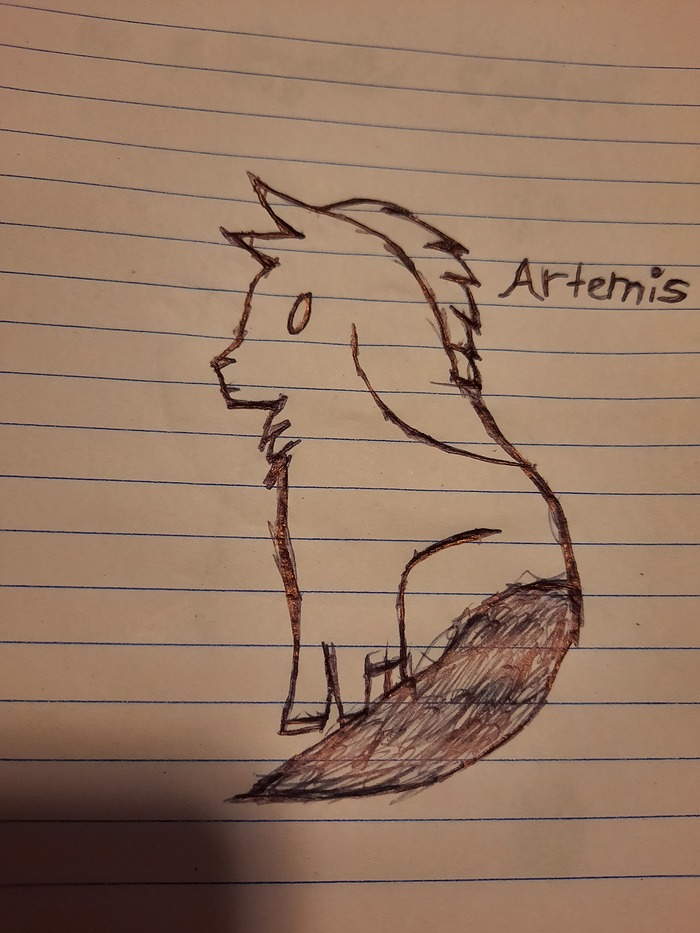 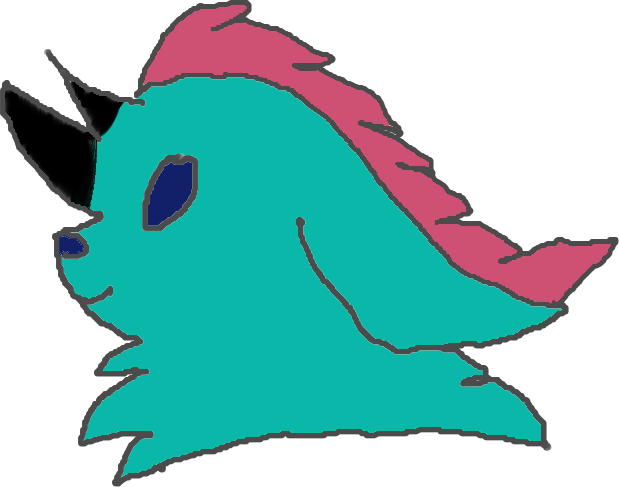 Cute, but Artemis is a girl’s name. lol

Artemis Fowl would like a word with you, lol. It started as a girl name, but it has been used as a male name frequently over the centuries, to the point its pretty much gender neutral now.

Artemus (pronounced ar-TEH-mus) is the male equivalent. Artemis is just as much of a boy’s name as Athena is. lol

Still spelled Artemis on the books.

And that character still has a girl’s name. It’s like naming a girl Apollo or Zeus.

Also Artemis Enteri from forgotten realms. I understand your point, but given the way languages shift over the years there has to be a moment when continued usage, even if originally wrong, changes the meaning.

Ok… People are saying that Artemis is (originally) a girl’s name [Edit Note: Artemis is basically unisex I guess, like, well, honestly none of the other unisex names I have seen seem to have this kind of split between the traditional meaning because they usually don’t have gender involved in the meaning, and most of the unisex names come down to a preference call. Most people who never heard of the Greek goddess would assume it is a male name because it sounds like one. Now I am wisened but I am not changing it because I have my preferences on the name, and everyone else has theirs, and that’s fine. I don’t mind the name for a girl, and I don’t mind it for a guy.], and look I picked a name that suited him, I wasn’t exactly putting research in the origin of the name. The websites (which I’ve forgotten the ones I’ve used as I write down names that I like so I can use them later) I looked at for names all of which listed it as a boys name or if not, as gender-neutral, so I assumed that Artemis would be an excellent name for the fluffy. Odette is the only fluffy oc of mine where I have a vague idea of the origin (some sort of French story about a black and white swan, the white ones name being Odette, correct me if I’m wrong) [Edit Note: Odette is the white swan from Swan Lake, which is a ballet] plus It’s a bit too late to change the spelling however.

The meaning of the name doesn’t change at all. Andrea still means “manly” even though people use it for girls. Artemis is still the Greek goddess of the hunt.

Also, gender-blender usage doesn’t make the name change gender. A boy named Artemis has a girl’s name, and a girl named Apollo has a boy’s name. Gender-Blender Names are a trope.

And of course you don’t have to change your character’s name. I never said that. lol

Commonly, female names end with a, y, or ie. Examples of this are Sally, Allie, Terra, Elvira, Ellie, and Patricia. It gives them a feminine sounding quality. Don’t believe me? Take the name Jack, now add ie, and you have Jackie, which is not uncommon to be used as a girl’s name or short for Jacqueline.

And I figured I would clarify now (unfortunately arguing with people in real life has made me quick to defend myself) I am not going to change my character’s name simply because it was originally a girl’s name.

That’s only in English, though. In Ancient Greek (and presumably in Modern Greek too), “-is” is a feminine ending.

Other languages also have variations on what endings are considered feminine and masculine. In Russian, diminutives of both male and female names almost always end in “a”.
Ex: Sasha is a diminutive of both Aleksandra and Aleksandr. Sanya is as well.

Yes, but we are not in ancient Greece anymore, nor do we still perceive/analyze names the way the ancient Greeks did.

I’m not trying to be ignorant of other cultures, it’s just that I usually don’t have issues with the way I name my characters.

Refer to my edit.

And we have never been in Ancient Greece. That makes no sense.

Your character’s name is a gender-blender name. It’s a trope. I just pointed it out in the first place because I chuckle a little whenever I see it.

What I mean by that is things have changed.

Changed where, exactly? Greek people still use girl names ending in “-is” as well as those with other endings like “-a”. That has not changed.

I have no problem with your character’s name. I thought it was a bit of an odd choice and no more.

What I do have a problem with is your assumption that American naming conventions represent the world’s.

Again, not trying to be ignorant, nor did I assume that, and perhaps I should have clarified that the perception of ‘is’ as a name ending has shifted for most people (since ancient Greek’s time) from feminine to masculine for the most part in our society with many exceptions such as Trellis.

Look, I’m not a master on how things work, my brain is smooth and I accept that.

Again, phrases like “our society” is assuming that American naming conventions are universal. They are not.