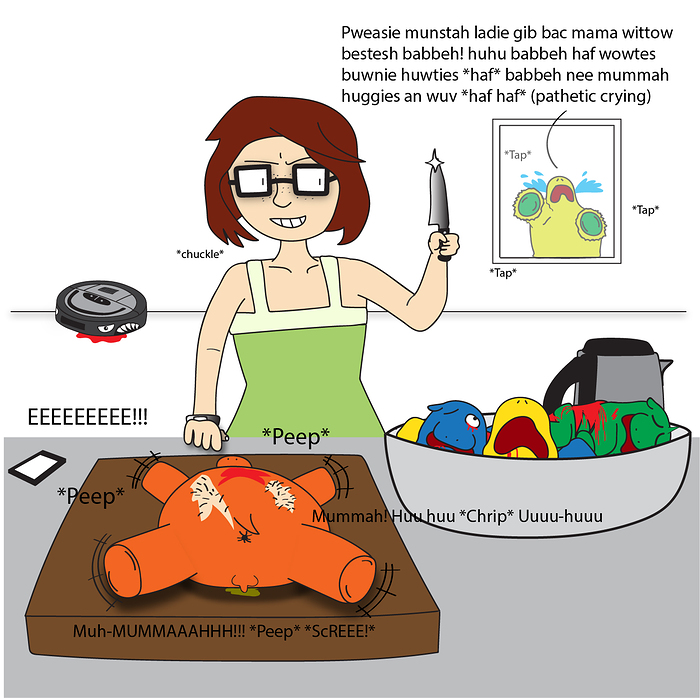 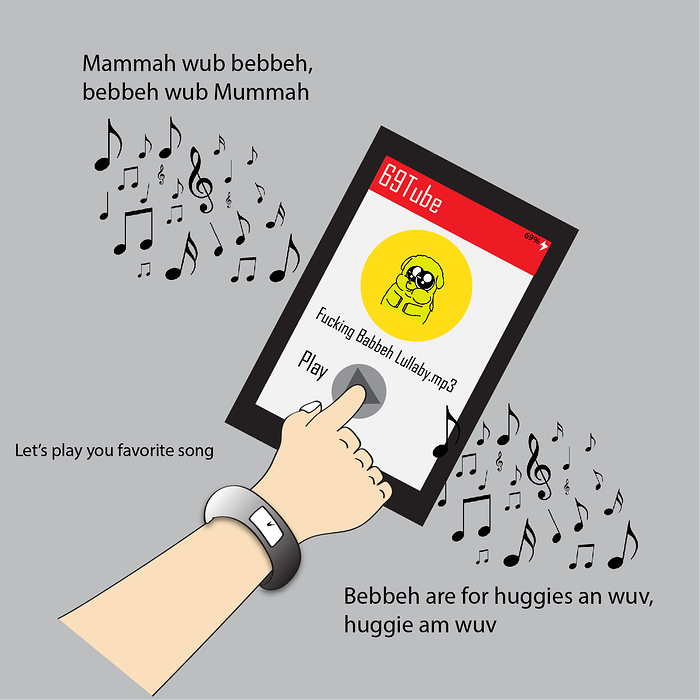 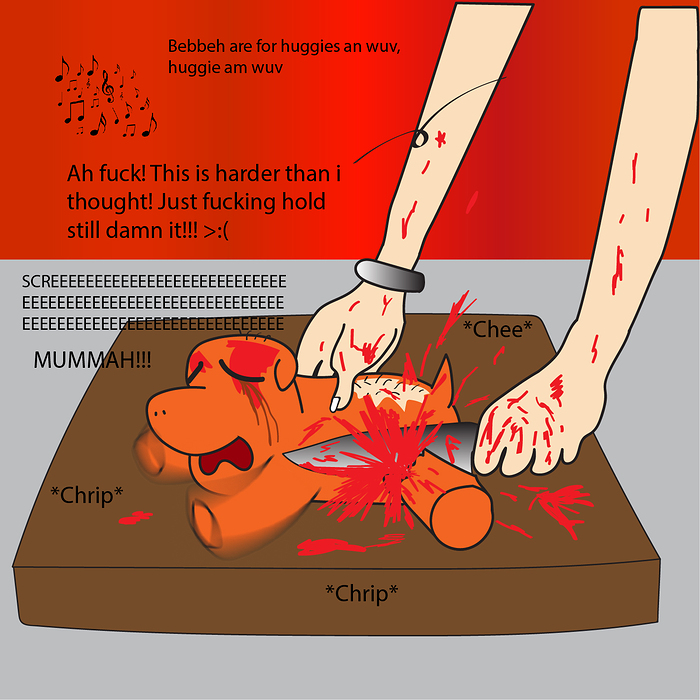 Freakin’ A. Playing mummah songs while you butcher them is a 300 IQ move.

Now that is what Alton Brown would call Good Eats!

I just love the despair on their faces, you make them look just so desperate and miserable, I love it!

This is the hugbox association, we’ve been getting calls about fluffy abuse

Making mummah watch her babbehs be brutally dismembered and not being able to do anything about it is the sweetest form of torture. Being forced to live with that psychological torment is worse in some ways than death. 10/10
Also, is that eliza pancakes?? She looks like eliza pancakes.

This is harder than I thought!

Well, yes, because fluffies have this fanciful, even hilarioius notion, that they deserve to live and not to be food! Fortunately you can save yourself trouble by securing your fluffy to a legboard or skinning harness before you start to butcher it.

Now you know, and knowing is half the battle! (The other half, of course, is violence.)

Is the girl a self-insert @SuperWeaner ?

I was thinking you’d say “because you’re not using a meat cleaver.”

That would certainly help in decapitating the floofer before skinning → gutting → cooking but it’s not the only way.

I was thinking her blade isn’t heavy enough (a cheap stamp forge) since she’s struggling there. A cleaver would be easier - let the weight do the job.

Or she’s using a dull knife.