I need only change what fluffies are based on just one little change to a background aspect and boom fluffies look like dinosaurs is that change to much or would you accept it as a valid interpretation of fluffies. If not why not

For one, I know you’re not being serious and you’re just taking the piss. You and I both know that you are pushing the analogy to its logical extreme. Fluffies being treated equal to animals wouldn’t change the entire concept nearly as much as you are implying, they would be a pest that breeds incessantly, they would still be naive creatures that fall prey to any number of things and there would still be people abusing them for their own enjoyment in the privacy of their homes.

Fluffies being dinosaurs changes a plethora of things. For starters, the general appeal of creatures such as dinosaurs shifts the target audience immensely. No fluff, but scales, so clearly they wouldn’t even be called “Fluffies” anymore. How are you going to explain Hasbio making MLP spinoffs as dinosaurs?

Why would a Dino fluffy act in any way other then how a fluffy acts . It was just one change what fluffies are based off as inconsequential as a fluffy having rights

It’s an absurdist take that you are purposefully making to ridicule the notion of someone else changing the Fluffy narrative because you are so far up your own ass regarding “muh headcanon” that anything that grossly deviates from it causes you anxiety which you vent in the form of smartass comments like this because you cannot stand the idea of someone changing the thing that you like.

Why would my one little change be an extreme example. Instead of my little pony it was my little Dino and they would be just as fluffy 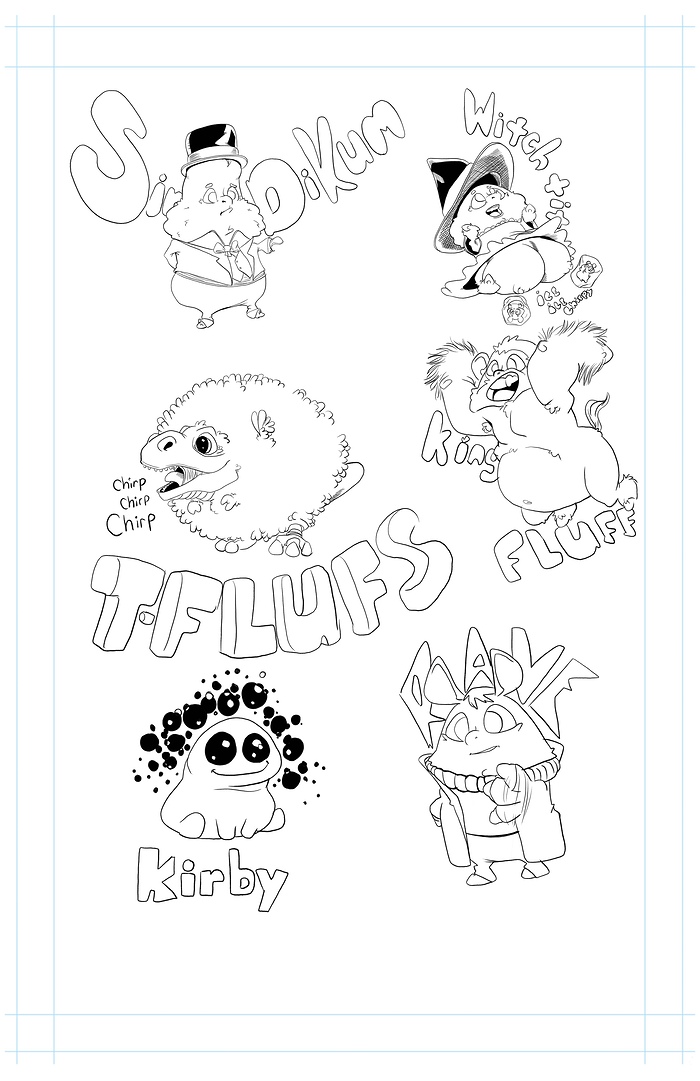 it looks fluffy enough to me

Why would my one little change be an extreme example.

Because you are specifically mentioning it to play devil’s advocate to the given example.

I’m not saying that some things can’t be changed, I’m talking about plausible deniability, about suspension of disbelief. Changing something to a drastic degree makes it seem more like parody than an actual variation of the headcanon. Subspecies of Fluffies are absolutely a thing that should be explored more heavily, and oftentimes those subspecies are presented as an addendum to the original headcanon, not as a replacement. But you are specifically talking about replacing a central aspect which has huge implications on many other aspects of the headcanon, and I know you are doing this because you are attempting to imply that a change like “Fluffies are animals” would be just as groundbreaking, but matter of fact is that I disagree with that. Most Fluffy stories play out on a micro and not macro level, they are usually fairly self-contained and don’t even tackle whether or not Fluffies are biotoys. Hell, in the majority of the stories, even if Fluffies are biotoys and considered unsavory, public displays of torture are still universally frowned upon and just weird. If someone started thrashing trash bags in public and left trash everywhere people would also be annoyed, much like if a guy starts cutting up Fluffies and leaves guts everywhere.

so dino fluffies are just fine as long as i am not playing devil’s advocate , because all your reasoning comes down to no i don’t like when you change that one thing

what central aspect you keep saying there are no central aspects to fluffies , the look of a fluffy is so inconsequential you can change every fluffy in every comic to a turtle and there would be no difference

Someone seriously did that?

I mean, outside of weirdbox?

All I heard was that there was someone that made their fluffies like raptors and was ultra defensive about it, like outright combative.
It’s based on nothing but scuttlebutt so take it with a grain of salt.

so dino fluffies are just fine as long as i am not playing devil’s advocate , because all your reasoning comes down to no i don’t like when you change that one thing

The fact that this is how you interpret it is a shame.

I have mentioned there are central aspects and many can be altered while still maintaining the same style. It’s like a pliable material you can shape into many forms while retaining what it’s made of.

If you truly believe that you could just replace the physical appearance of a Fluffy with literally anything else, let alone a turtle of all things, and it wouldn’t change a thing about the story then you really misunderstood the entire premise of the conversation.

you seem to think you can change a fluffy from being a toy to being a animal and it changes nothing because every story is its’s own special head cannon so a major change does not matter , until it completely matters and that small change is to much

How are you going to explain Hasbio making MLP spinoffs as dinosaurs?

Not gonna get involved with the debate, but this could honestly happen. I mean, just look at all the weird spin-off toys cartoons got back in the day. Beach wear, cavemen, cyborgs, you name it you got it. And MLP made a whole side franchise about the ponies being human. You’re telling me you don’t think they’d make My Little Ponysaur to try and hook the boys?

or they can do what they usually do and stick a dinosaur race unto some island in the ocean, make a straight to dvd movie about it, and start selling (bio)toys based on that. real hasbro experience

Honestly I think a good in person podcast of a few of us discussing what makes a fluffy a fluffy could be pretty great. Too bad we’re all isolated Netpeople who crisp in the sun like a chip in the fryer.

That wasn’t the Fluffer Beast guy, was it? As stupid as I think those things are, his actually fluffy art is some of my favorite.

I legit don’t know myself.
Just heard about it through the grapevine.

He was my first introduction to Party Fluffs, my favorite Fluffy Job Category. 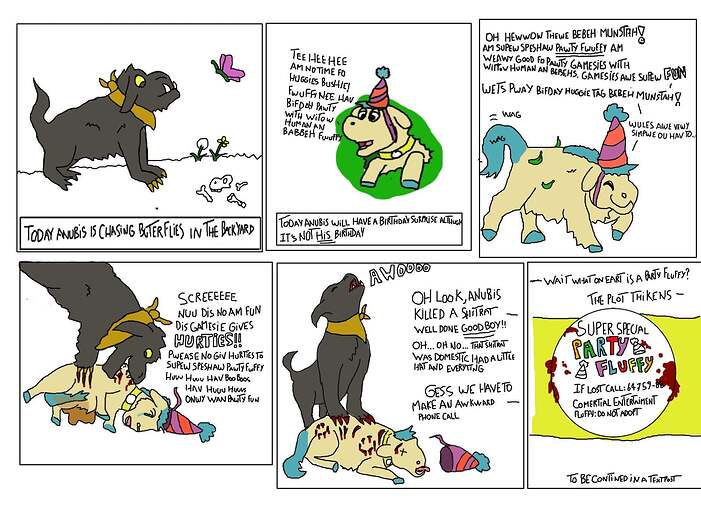