First up: I think this one’s regular weirdbox that I forgot to put in the weirdbox dump, but it is technically a subspecies so.

Puffygriffin! Because I wanted to try drawing one. 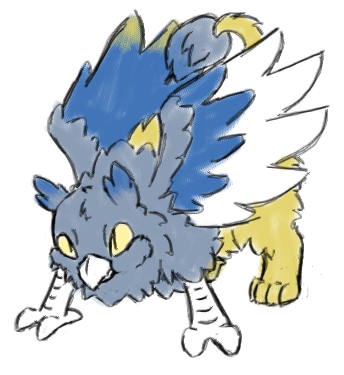 Fluffyroos are weird - I think I made them in response to a booru sentiment that we needed more new subspecies? That said, they just look like regular non-fluffy critters, but drawn in a fluffy-like style… I don’t really wanna include them, but am doing it anyway for completion’s sake, as they were included in my 100-posts-image later on and it’s weird to just have a fluffy kangaroo thing without context. I’d have to redesign them to be more in line with regular fluffies if I were to ever draw one again. 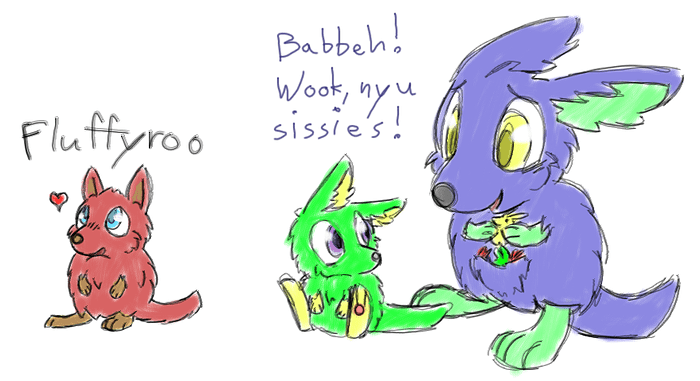 fluffyroo2880×480 268 KB
Edit: I redesigned it out of curiousity. It’s still weird-looking, but it IS recognizable as kinda fluffy-like. 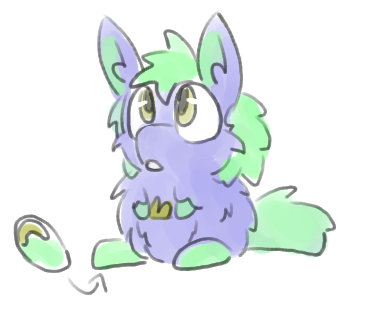 Now THIS one is a self-made subspecies I quite like! Someone even made a story with one, as I recall.

I’m not sure these count as a subspecies but I’m gonna count them anyway. They’re like marshmallows but mobile! 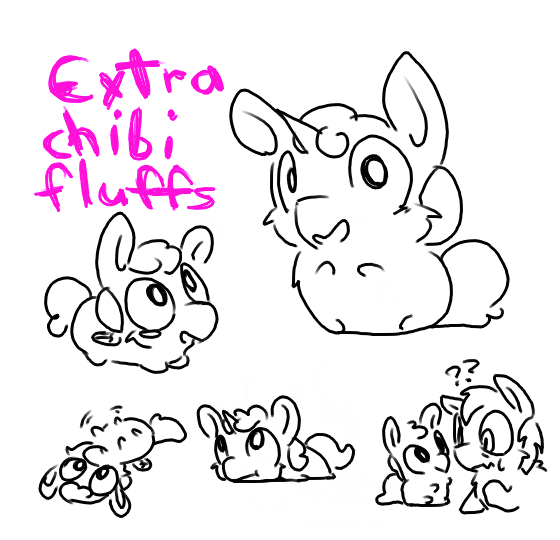 And finally, a bat/demon fluff. Because I think they’re neat! Li’l batty wings are cute. 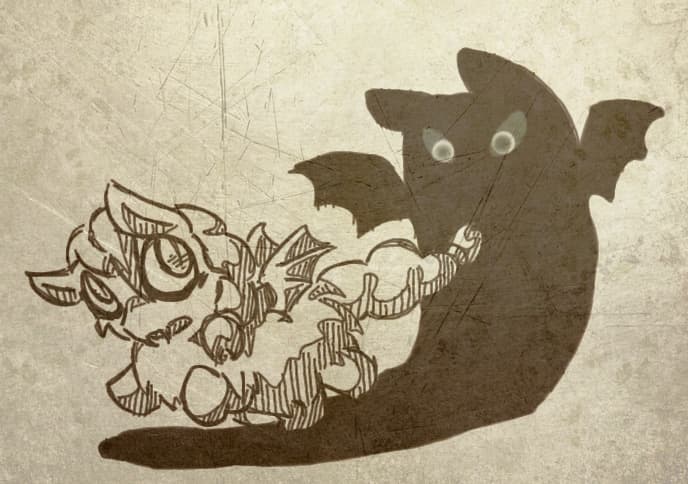 OKay. I’m cool with pull-aparts. Swapping around parts of a fluffy and they would have to be more mechanical. Oh I like this idea. 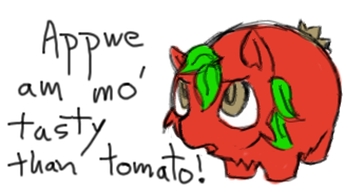 Apples superior !
And Rambo would be best mates with that apple fluffy.

Pull Pop feels like the most realistic Fluffy that would be sold.

I assume its a cyborg with an organic brain? How’s the nutrition input go? Just absorbing simple sugars from the mouth? Powering the body by battery, from solar or sugars digested in the stomach?

Hmmm, I said tomatoes are better…because it is fact. Italy would be proud.

I was with you. I meant the fluffy. ~Chuckle~

Ooh, so you are the one who came up with the detachable head fluffy! That one has always stuck with me, but I couldn’t remember who drew it–I may have said it was Waggytail at one point, which I hope isn’t too insulting.

All these little guys are too cute for words.

All of these are awesome. Also tomatoes vs apples is no contest. Potatoes are the best! 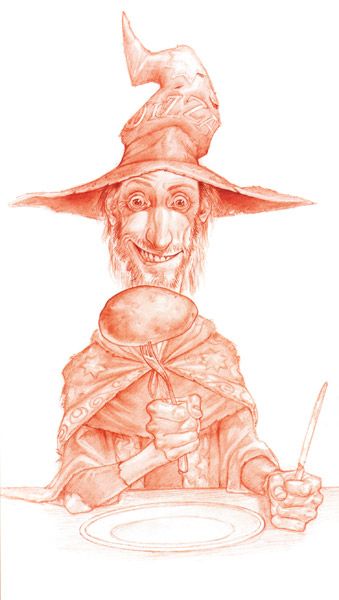 I’m picturing chibi fluffies as just poofballs with big heads, maybe half the size of the body, and tails arching out the back. They run, dance, stand, hug, etc just like regular fluffies but their legs are never seen through the fluff. You can get weird with it and have their head/tail swivel around without the central poofball seeming to move.

Well good news, apples are real! You can just buy one and take it home. Some quick work with a paper cut-out and a knife and you’re good to go.

thank you so much for the advice))) i will start sticking my cock into my iphone’s chargehole right now.

This is not what people usually mean by “fuck your iPhone.”

Update: i now have a samsung and a restraining order