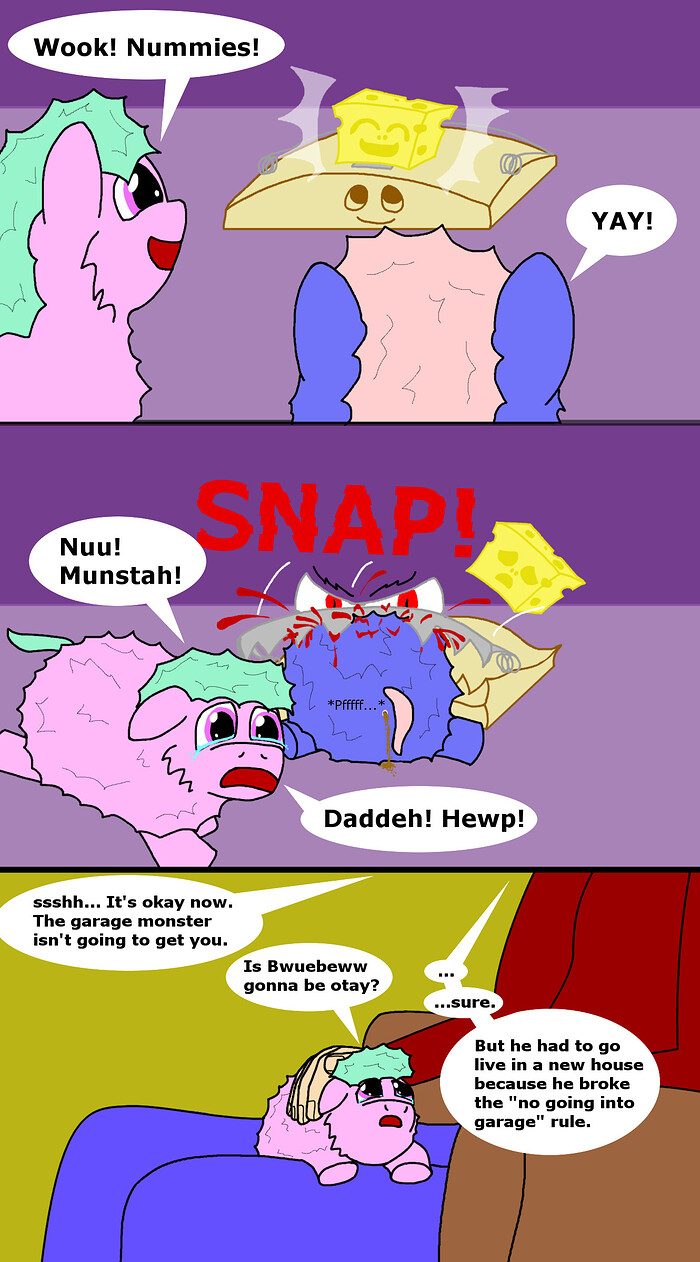 Fluffyvision1330×2399 425 KB
My take on the “fluffyvision” idea that fluffies see the world as a bright and colorful cartoon. Not a serious headcanon, but definitely an idea worth a funny picture.

this reminds me of something 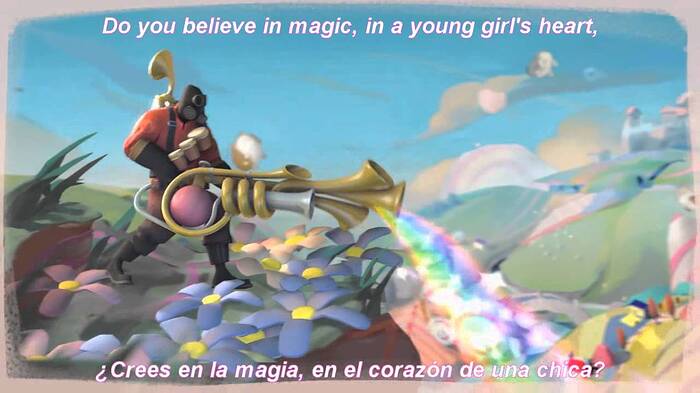 Hey, I like TF2. Though for some reason there is thus bug that won’t let me left click, thus stopping me from firing guns and hitting with melee.

I love your art.

I love this comic! Really miss when authors ignore the extreme innocence of fluffies.

Yeah, this is a concept worth exploring artistically for sure. It’s been dabbled in before but context enriches it.

Conceptually, I love the idea that they’re programmed to see the world differently.

Some have mentioned the TF2 Pyro, however might I remind everyone that it is show cannon in both MLP-FIM and EQG that PinkiePie sees the world in exactly this way?

So who are we to say that HasBio did not engineer some form of permanent hallucination either through a gland in the brain releasing chemicals or some tweak of the visual cortex so that all, or almost all, fluffs see the world like some sort of happy LSD trip.

And perhaps a few have a bad trip. Seeing the world as it really is, or worse as some distorted nightmare.

I love this for the fact it’s not abuse, just foals exploring and getting themselves into situations they don’t understand.

What a stupid fluffies they broke the rule. That mean the other has also need a punishment.