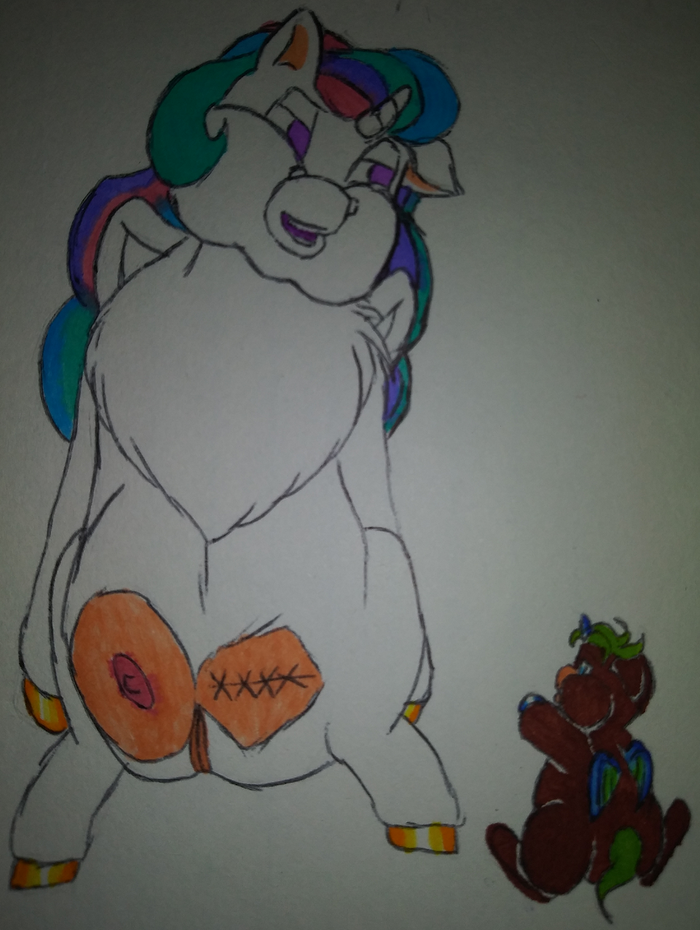 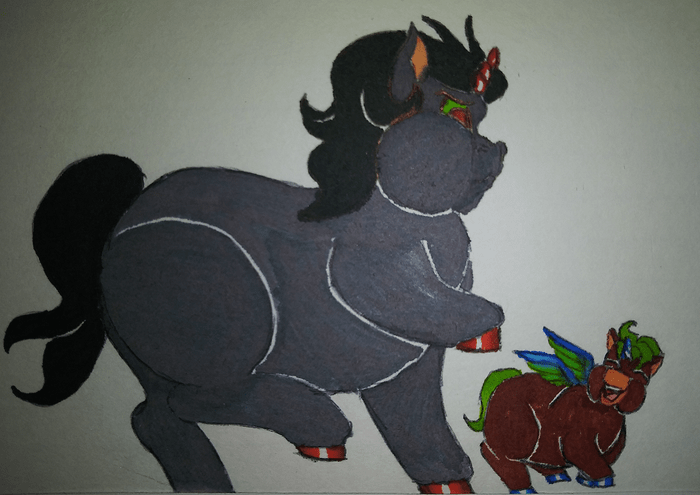 Spending time with the Grandparents!

“son, you may never live up to my beuty, but your mother is a bitch”

Poopie Munstah is a girl… But that is cute!!!

can i just say i love the sombra fluffy? and just your art style as well, its really cute

Thanks! I noticed nobody ever did a king sombre fluffy… But he’s got to be out there… In my head cannon, all the escapees from Hasbio were the MLP characters… So first Gen was all the characters from the show… Poopies Grandparents are the first escapees and there are about 7 RN being hidden at Dr.Kellers secret Summer home. You’ll get the chance to meet all of them as the series goes…

10/10 can’t wait!
Also do you mind making a foal version of sombra or may I draw it?

What happened to the solar titty?

Also, Sombra fluffy is a great idea! I like seeing rarer characters get fluffy versions of them too!

Celestia’s teat in the first picture.

She was a nurse, she lost it over time…

But she still nurses and loves her work…