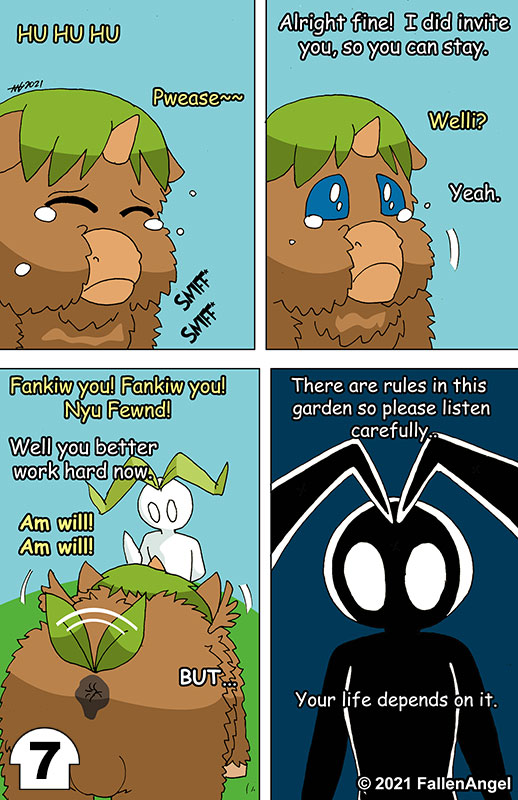 The being allow the baby to stay…but…

I love how his tail looks like a little leaf! It’s very cute!

Kinda reminds me how in a lot of old traditional stories, a common thing is someone, often a child, being told to follow some sorta rule(s) which don’t necessarily have an obvious reason at first, but either the kiddo is good and is later rewarded for helping others and being kind, or they break rules and invoke some major wrath and/or bad luck. Or, someone else breaks rules and they’re the one(s) who face consequences. I’m glad that since Acorn seems like a honest lil dude, I think I can hope that in the long run he’ll be fine.