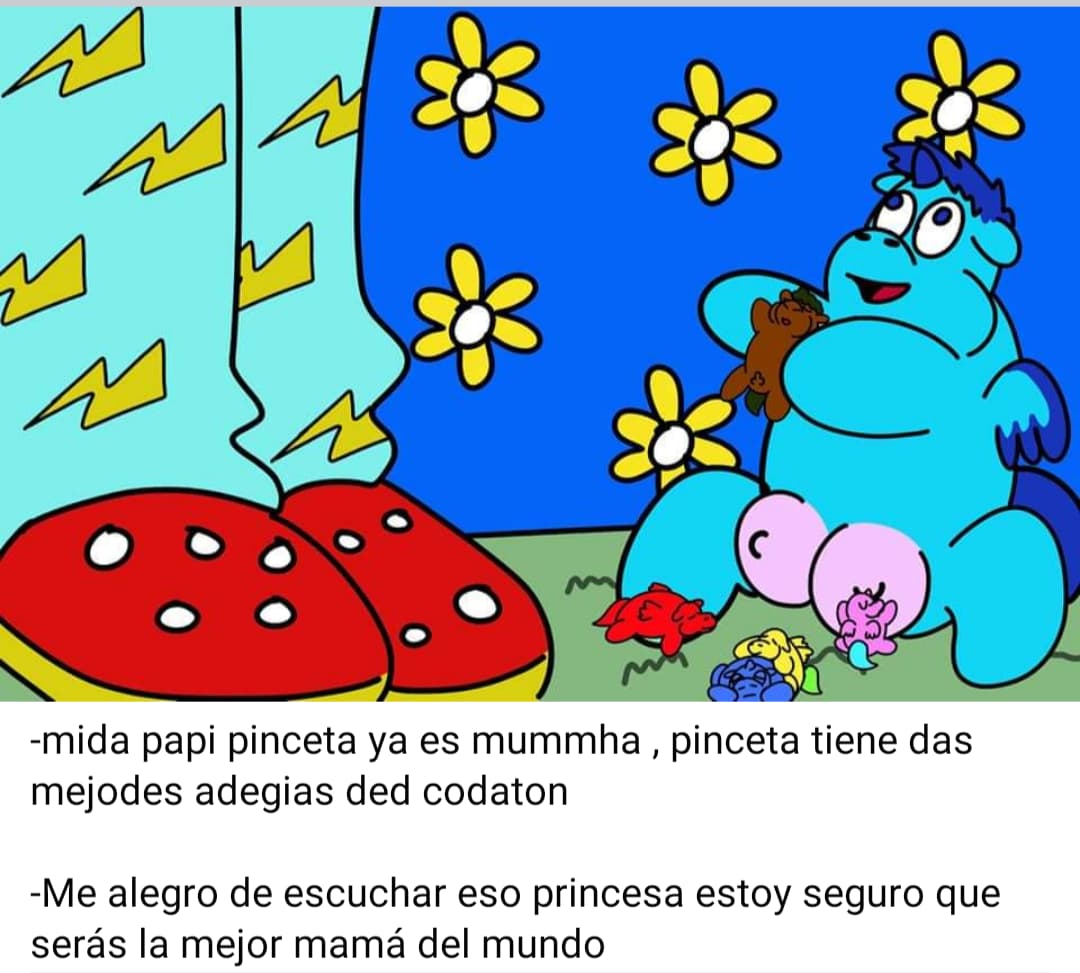 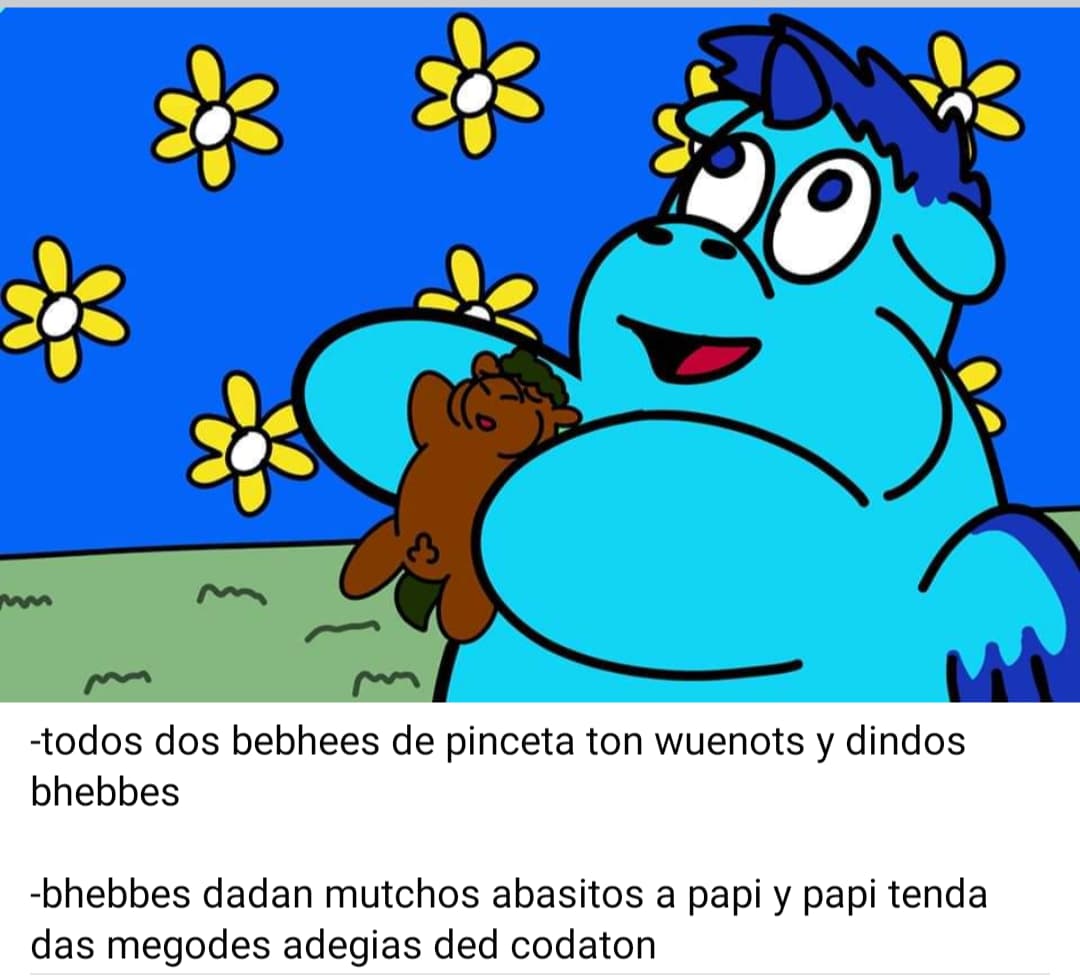 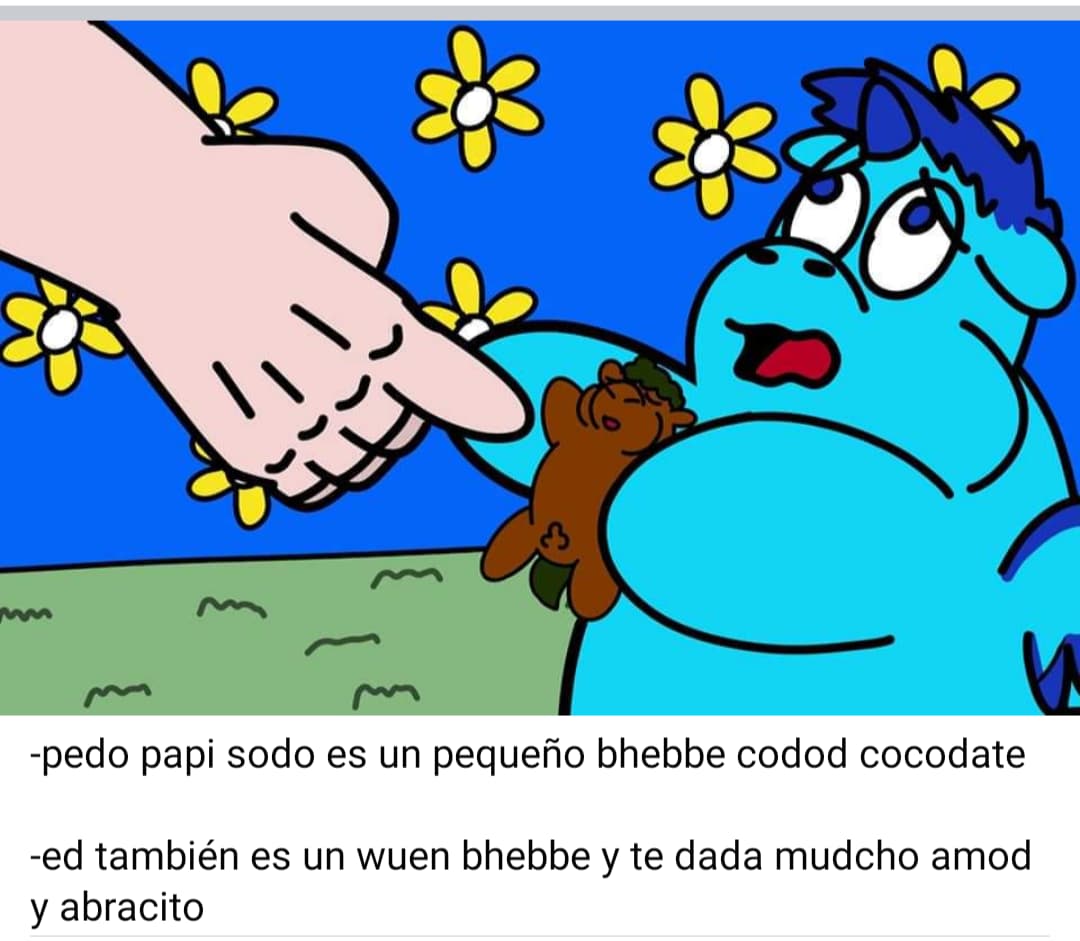 I don’t know what’s going on but the art is great! Poor little poopy baby though!

actually, the whole story goes as the mare is proud of having babbies that will give love to her owner, but the owner tell her mare that her brown foal is a ugly poopie baby but the mare kinda disagree on that and think the brown foal deservers love and hugs.
not much, if you ask me.

Its sad if its not Hasbio’s twisted programing its the humans are the twisted asshole.

earthie colored foals either for them it wont “sell” its always that and if not its their sick abuse nature to find a reason to abuse a foal or mare.

Wow, finally a story where the poopie babbeh is not treated as the second coming of Christ by the human. How refreshing.

Also the mare actually has no problem with the poopie being shit colored instead of having been tortured into being accepting. Doubly refreshing.

Can anyone translate this for me? I got the big dumb when it comes to spanish, i know very little.

I’m working off of high school Spanish from fifteen years ago or more, but let me try a pass at it. A-hem.

PRINCESS: Wook, daddeh! Pwincess am mummah nao! Pwincess haf biggest heawt-happies!
OWNER: I’m glad to hear it, Princess. I’m sure you’ll be the best mama in the whole world.
PRINCESS: Aww Pwincess’s babbehs am gud an’ pwetty babbehs! Babbehs gun gif gud huggies tu daddeh, an daddeh haf bigges’ heawt-happies!
OWNER: Wait a moment, princess. This foal is a shitty color! You think your daddy will get the biggest heart-happies from being hugged by a piece of shit?
PRINCESS: Buh, daddeh, babbeh am onwy widdwe chocowate-cowow babbeh. An’ am gud babbeh, fow huggies an’ wuv!
OWNER: Are you stupid or what, Princess?! Can’t you see this fucker just has horrible colors? No one wants shit-colored fluffies.
PRINCESS: Buh daddeh, dat nu am ugwy-cowow fwuffy, am onwy widdwe babbeh dat nee’ huggies an’ wuv!
OWNER: No, dumb bitch, shitty-colored fluffies are only for other fluffies to give hurties and forever-sleepies. Oh, and for smarties to turn into enfie-babies. Maybe that’s what you want?
PRINCESS: Nuu daddeh, nu wan’ babbeh haf huwties in poopie-pwace!