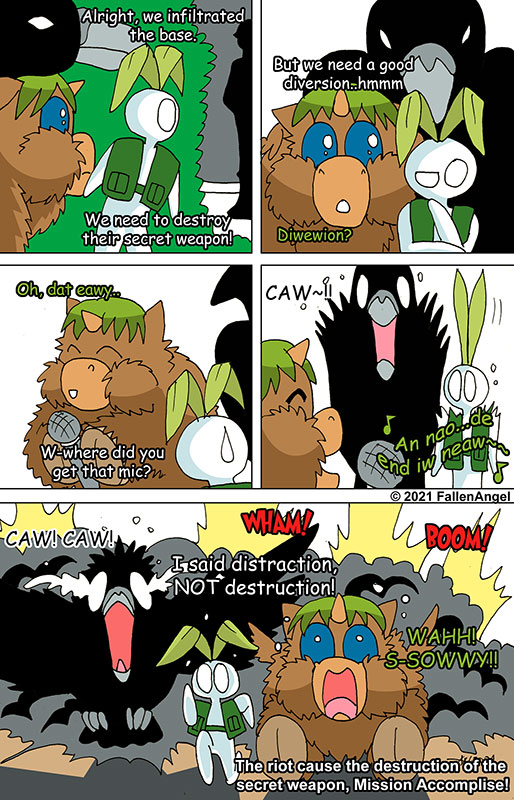 This is base on an old joke in karoake bars that if you sing My Way by the great Frank Sinatra you’ll die.

At least Acorn did it “My Way”.

It’s not a joke, that actually happens in the Philippines.

The "My Way" killings are a social phenomenon in the Philippines, referring to a number of fatal disputes which arose due to the singing of the song "My Way", popularized by Frank Sinatra (peaking at #27 on Billboard Hot 100 in 1969), in karaoke bars (more commonly known as "videoke" in the Philippines). A New York Times article estimated the number of killings to be about six up to 2010. Between 2002 and 2012, numerous people were killed for singing this song. Explanations for these incident...

In all seriousness, where did Acorn get the mic?

I should not find this as funny as I do…

Funny, not even James bond had those secret weapons.

Ohh you found that too

its even noted in the old top 10 cursed things by Mathew Santoro.

I have enjoyed your work very much!

If ya gotta ask, he gotta kill ya.

I see the Mistress has the gang run spec ops for her.

Oh this is just some comedy sketch for the trio

I like to think this is canon. While the Mistress has withdrawn herself from the world, but still intervenes in matters and affairs she thinks are important. And the gang is her strike force XD