Based on some of the old cannon of wolfram sparks just for fun :3

I prefer the “Naruto eye-socket” technique of swapping parts. This, in my head cannon, allows a means to weaken the aggressive nature of colts in there younger months. Remove the gonads of the colts, and, presto, there elevated hormones equilibriliate leaving the colt to have a steady growth rate. Remove the gonads in the early afternoon, around 2 pm at the latest, until bedtime for best results. The surgery needed is nothing for the gonads, just cup the taint and pubis bone for easy, non injured gonad removal. The blood naturally reroutes itself, having zero blood loss. For severe injuries, such as limb removal, cutting the joint space near the base of the limbs facilitates an easy repair. A Fluffy Vet tech can perform the process and reapply limbs in roughly half an hour for all limbs. For more advanced repairs, such as mandible and eyes, a professional fluffy vet can perform the procedure in an hour or two.

Is that a cyndaquil fluffy?

In my headcannon, it would require suturing the blood vessels and nerves of the fluffy, so it would require heavy anathesia(a carefuly select amout that balances numbness to low side effects) so it would be expensive, risky, and time-consuming. So only owners that truely love their fluffies would do it.

I imagine a situation where a fluffy has lost one of his/her front legs and their is a “Good boy/girl chart” where every time they do “good”(whatever good a fluffy CAN do, the silly fuckers) a sticker is added and when they do somting bad, a punishment is given AND a sticker is removed.

An interesting idea! Of course, patched-on body parts would likely be prone to failure considering there’s no way for the surgeon to ensure all of the nerves and tissue in Part A connect precisely to Part B. So what I’m thinking is that this kind of procedure would be more of a thing to boost a fluffy’s morale than anything else. The dumb little bastards would be so happy about getting parts back that they wouldn’t even notice they don’t work properly.

I’ve thought about this a lot.

It makes sense in one scenario. Fluffies aren’t really a mammal so much as a highly complex non-nucleic myxomycetic organism that adopts mammalian characteristics and has a functional brain organ since Fluffy lore kind of needs that they can take brain damage. The rest is more redundant structures mimicking what they are supposed to be.

Another description, they are shapeshifting ooze monsters more akin to a colony of microorganisms moving as one resulting in similar properties to one animal, but with a central consciousness organ. Fluffy Pony isn’t really breaking a leg, but subconscious of the brain floating suspended in shapeshifted goo says the stiffened cells are bones which tore soft cell “muscles” so cells behave like a broken bone and torn muscle/fat while the consciousness screams because all it knows is “leggie hurts”. A Jellen is just far more ooze than ooze that self-gaslights itself, possibly lacking a brain or having multiple small ones.

Compare/contrast: Suu the slime from Monster Musume as a creature entirely physically dictated by internal directives and external stimuli, Ryoko/Ryo-Ohki the slime monsters mixed with the DNA of a god to become demigod space pirates in that they are flesh and bone when not transforming, and Lemonfont’s Shapeshifters if they go Anthro.

It also fits the toy metaphor. Manglors, the modular limb tearing fleshy toy, were kind of a solid goo elastic.

The great irony being a Fluffy would be highly difficult to kill, surviving as ling as there is an intact brain with at least a small amount of flesh and regrowing from anything plus being able to consume most matter. Except they don’t know that, so they can be crippled, hurt, and need highly specific diets because their brain is bad because humans made it bad. 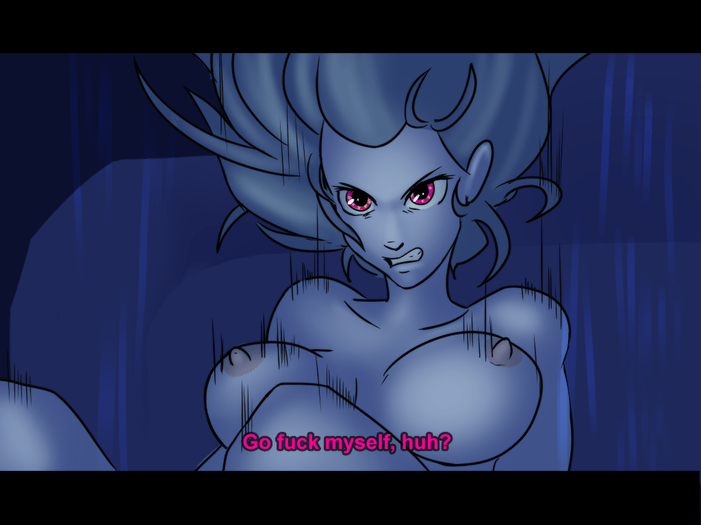 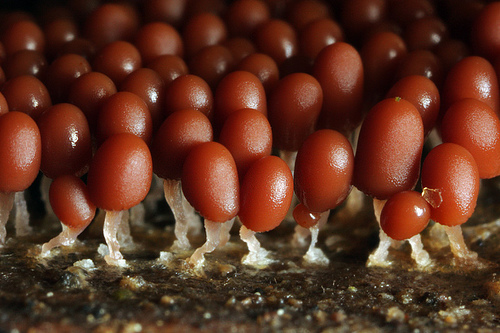