What warms a cold heart. (by: artist-kun) 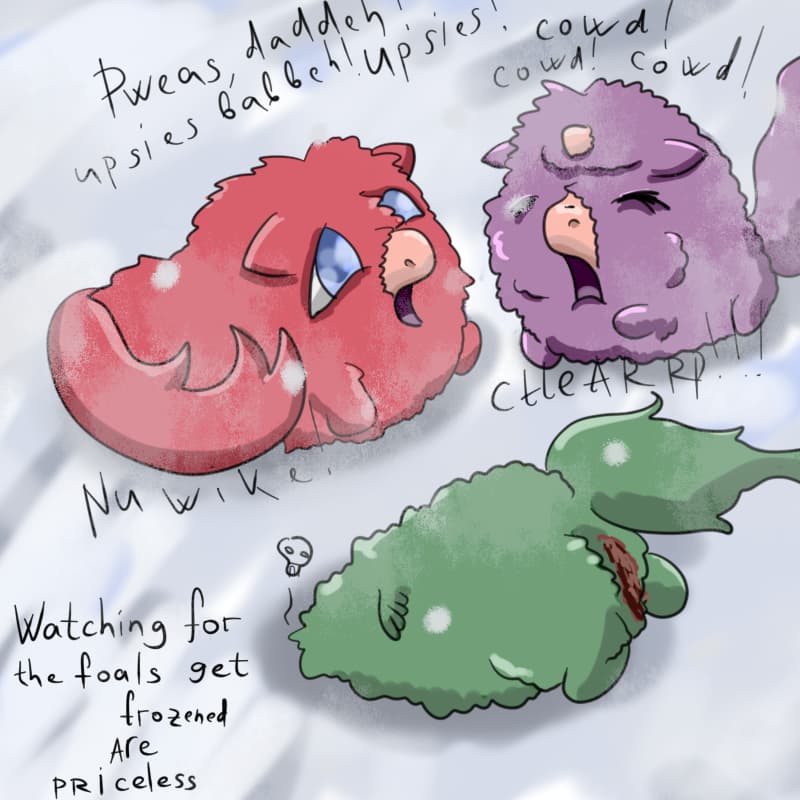 Christmas isn’t about presents or spending a lot of money. It’s about family. A family of fluffies you adopted to show your fluffy what will happen if she ever crosses you.

But why throw out the purple one could lease five bucks for it.

That’s part of it, though.

You are never too pretty to escape retribution.

I know you’re trying to be serious but that statement is hilarious because the real world certainly cares.

imagine thinking only in profits

I’m talking about the justice system actually but fair point either way.

Wew, haven’t seen this one since way back in the day!

Hahahaha and force the mare to look at her foals when they gonna die of freezing. Let the mare cry and she want to save then, but we all know she can’t because we don’t accept bad behaviour.

Lmao who wants a foalicicles

Oh this warns my heart up too!!!