I posted that drawing of bluebell as an anthro fluffy on Reddit and everyone got all mean about it, saying stuff like:
Bruh post this in r/ furry
What the hell?
New fear unlocked
I need a a couple hours to calm down 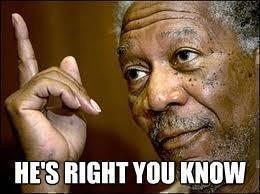 ‘‘Wait… you mean you did not post Jellenheimer edgy OC #5003 but instead posted Anthro? Ouch honey, that’s a big yikes from me’’ - Average r/fluffycommunity user

I’m so sorry you had to go through that…I suffered through it as well last year. Anyway, that’s basically the reason I shun reddit now and solely post here.

Reddit is 4chan with better moderation and little tolerance for hate speech.

Welllllll…It depends on what you mean by “hate speech.”
They don’t allow sexism/racism/homophobia, but there’s still a LOT of the most vile garbage that’s projectile-vomited by haters on reddit.

The worst part of it all is that redditors seem to revel and luxuriate in that $#!t.

Anyway, you don’t need to be afraid. You have a home here…

Because reddit is cancerous… they were probably mad because it distracted them from filming their wife getting creampied by her boyfriend. Also lost place on socialism memes page

You hit the nail on the head. Theyre fine with the rape, torture, mutilation, and murder of weird furry pig things that can talk and think, but as soon as it looks human, its “too far”

They’re the type of people to be shocked and mad when they learn that hugbox, neutral box, weird box, etc. exists and the fandom isn’t just abuse

Anthros and furries are hated on reddit and not only on the fluffy sub, a friend of mine got downvoted to the last circle of hell for pusting a furry version of a videgame’s character.
I found it kinda weird for the sub in particular since talking fluffie ponies can derivate to anthros easily, for the info I got apparently is to gatekeep the community away from furries since the focus is fluffies and what happens around them and not only sexualizing anthro ponies.

The real tragedy is that when confronted with statements like that, redditors just circle back again and again to the start point: “we like our stuff and we don’t like yours, and we can be hypocrites if we want to be. Just don’t bother us with logic or salient points.”

Damn them redditors be delicate as cobweb, imagine fearing anthro, anyways all I can say is: it’s reddit, you shouldn’t expect anything good from them.

Can’t expect reddit to enjoy every form of art.

That and I think most people on the subreddit are 13 year olds, straight from the Click, so take their wack insults with a grain of salt.