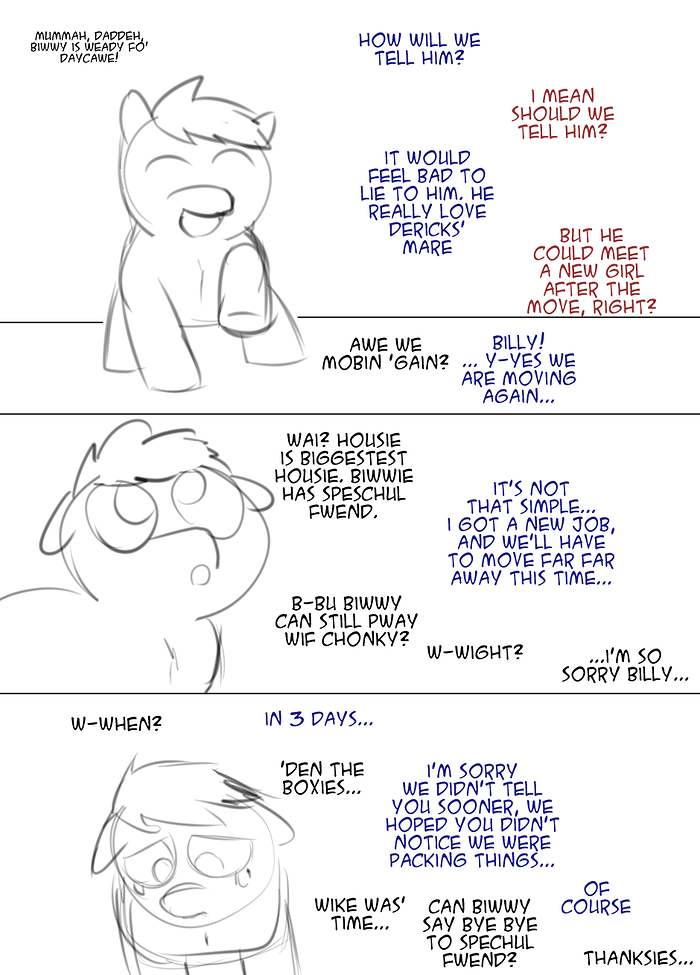 Continuing from Take Your Time (by Booperino)
Heartaches, heartaches
What does it matter how my heart breaks

“Fluffies are the worst thing to ever exist, every second I pray to god that every fluffy on the planet would be simultaneously skinned alive and burned for eternity.”

Billy’s gonna have that moment where he jumps out of the car window and races back to Chonky, all while ‘Wherever You Will Go’ by The Calling blasts on the soundtrack isn’t he?

“Don’t worry, buddy. We’ll find you a new special friend. And chop her legs, horn, and wings off. You won’t even know the difference!”

Time to marry Billy into Chonkies family and send a foal to Billy’s parents later.

“Shissou” by Justin Houston would also be a good background song.

Here’s how I see that playing out:

He sees Chonky looking sad as he drives away.

Then he runs to her and they kiss and hug and say they will never be apart again.

Then everything rewinds and it turns out that was all in Billy’s imagination as he was jumping.

He hits the ground (for real this time) and breaks his leg so bad you can see the bones.

Then he cries a lot.

Then Chonky’s owner takes him in since they’ve already set up for quad-amputees, and Chonky and Billy live out the rest of their lives as a comfortable pillowed pair.

He’ll have to do it manually.

Like, remember being a kid and making action figures fight by holding one in each hand and smacking them together?

How I wish, how I wish you were here
We’re just two lost souls
Swimming in a fish bowl
Year after year