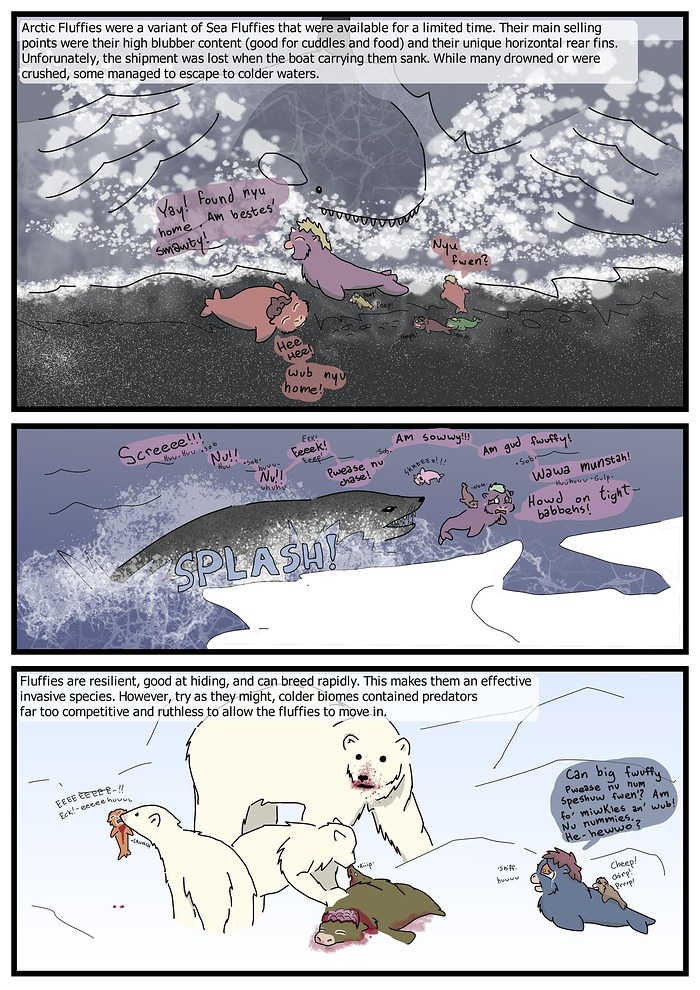 interesting, i wonder if natural selection would get to work and we would have mostly white furred fluffys who are able to cammo to hide against predators

If they’re Ice-types does that make them even weaker against Fire?

That would imply that they’re strong against dragon type… or anything in general.

I’ve been toying with the idea of fluffies that are like snowshoe rabbits. 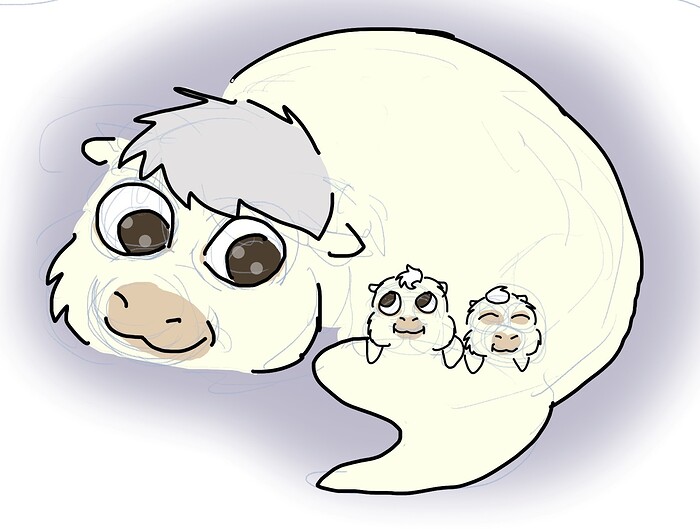 I’m really enjoying your work! Also, nice to see the construction lines there

On the plus side, the seal population will be booming.

Now I have something else to club.

A fascinating concept, but polar bears, sadly, wouldn’t be a problem–most of them are dying out, though some apparently moving south and interbreeding with brown bears. In either case, there won’t be any true polar bears left in a few decades. There also won’t be much arctic ice, so if these fluffies are air-breathers, they’d probably die out pretty quickly.

Now, if they ended up in the Antarctic, things get more interesting. Very few predators–sea lions and orcas would pick off the occasional fluffy, but that’s about it. The penguins of Antarctica are practically as helpless and stupid as fluffies, yet they are doing fine (though not as well as their smarter cousins who settled in places like Madagascar, rather than the icy hell-realm of Antarctica.)

And any interactions between fluffies and penguins would be hilarious. Especially if Werner Herzog did the narration.

That polar bear in the middle of the last panel looks like it’s considering just eliminating the fluffies right within reach or just let them suffer.

Well, there’s one good thing about these things, there a new food source for the antarctic animals. 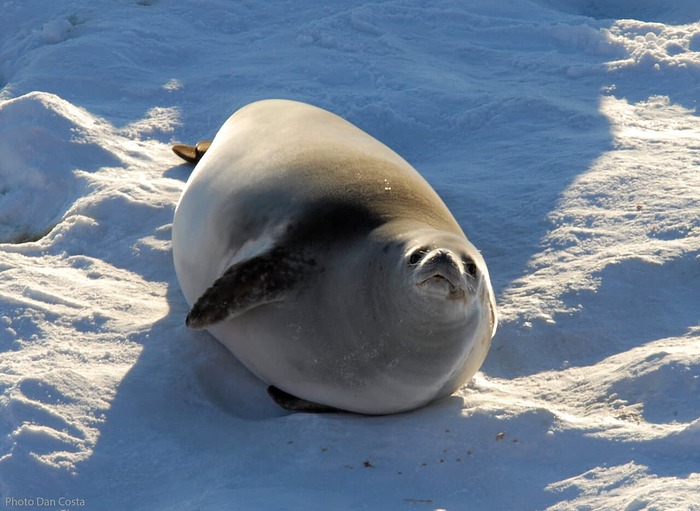 Since blubber is used to help keep animals warm I can see inexperienced pet owners bringing their new fluffy home and it dies in the summer from overheating.

Seems like it would be something the seller might be aware of but keep quiet about to allow multiple purchases.

That the bear is hunting for its pups and the exposed brains are masterful details, as the pleading at the end. Thanks a lot for sharing.

Reminds me of the stroy I wrote set in the artic I think this would go well as a further edition in the in a possiable remaster.