If Bailey could tell time, and had access to a clock, she would have known that is was 12:43 am.

Bailey had purposely ‘slept’ at the edge of the fluff pile, not wanting to wake up her family, she made her way across the padded floors over to where Mambo and Volt were sleeping. Volt was unable to move which was weird since you should have remembered that.

you gently nudged the semi-sensitive foal up. “Chirr… W-… Wha?” The sleep Fluffy stirred from his sleep. “Mambo fowwow Baiwey nu make too much noisies.” Intrigued Mambo began to stretch and waddle not to far behind you. If all went well, you’d get him over to the far wall where the sorry boxes were, then you’d push him in and make him give you special huggies! It was full proof!

“Why Fwend Baiwey take Mambo ovah tu sowwy-boxes?” Mambo sleepily asked, he was still half asleep and you were… Well you were more awake than him. “Baiwey twin tu show Mambo pwetty thin in boxes!” You lied.

“Pwetty thin’?” Was all Mambo could utter before you gave him a light push over into the box, following close behind him. “Wha! Why Baiwey huwt Mambo?! Mambo gud fwuffie!” Not saying a word, you jumped on him. putting your superior size over him. “Baiwey wan Mambo to gibe fwuffy babbehs!”

“Wha’! Nu! Nu wan gibe babbehs! Daddeh nu wike babbehs! nu wike!” Mambo cried out. you chose the furthest Sorry box away from the nesties, that was you would have some time before anyone heard and you could make it seem like Mambo did the bad thing! “Shushies Mambo! Ow we Boff get in twoubwe!” Noticing the Foal wasnt at full mast, you went to work giving him lickies to try and speed up the process. “Nuuuuuu! Meanie Baiwey! Hatchu! Mambow Hatch-” Mambo cried out as he was met with a sorry hoof to his muzzle.

Mambo looked in shock as you… “Raised his Old Glory”. And now all you had to do was present! Every Colt loves special huggies! At least you think… Turning around you raised your flank in the air and presented…

You turned back around to see Mambo cowering in the corner of the Sorry Box. Why wasn’t he mounting you like Daddeh Crush did? “Uh… Mambo? Nu gibe Speshew Huggies?” Mambo in response just covered his eyes with his hooves and began to cry. “Nu! Dummeh Mambo! Gibe Speshew Huggies nao!” you demanded.

Mambo just stayedin the corner and cried, you even heard him peep! You knew this was extreme but you NEEDED to show Daddeh Clint that he was wrong, that Babbehs were good! and no matter what Babbehs should be given to every mare! Daddeh was just being silly!

You HATE this, so much!

You cowered into the corner of the sorry box but Meanie Bailey is still there! Wont she let you go? “P-… Pwease Baiwey, Wet Mambo gu back to sweepies! Nu wan gib speshuw huggies! Nu wan!” You pleaded. But your please fell on deafears… Bailey gave you a scary look, one that made you cover up again. You felt Bailey bite your pretty tail and drag you out of the corner and get on top of you!

Then you heard the strangest thing ever! “Enfenfenfenfenfenfenfenfenfenf” you felt strange, but it wasnt good! You didn’t want this! “Nu teww -enfenfenf- Daddeh ow boff ob us get twoubles!” Bailey said to you.

But you were a good fluffy! You didnt want to get in trouble! a strange feelign began to gather down there and you just couldn’t handle it anymore! You wanted your daddeh! You didn’t care if you got in trouble! You didn’t want this to feel… Feel!

Your name is Bailey, and you feel it! You feel that tummy feeling! Its so warm!

You Heard Mambo crying and sobbing, silly Mambo! You turned to leave, only to be met with your mother, Kahlua, your new father, Crush, and your Daddeh Clint. Now was as good of a time to tell them you guess!

They were in fact, not happy at all…

Bailey just went from a baby-crazed idiot to a rapist fuck.

I go back to my last comment, let her be pregnant so she can suffer and die. She fucking deserves that and worse

Just snap her neck and call it a day. She’s a rapist, no need to try and rehab that kind of trash.

My God bailey what did you do!!!

I would agree on @BFM101 here she wanted it so bad, let her have it and feel how worst it is and let her die.

Welp she’s F’up, Let her try raise a baby on her own without helping her on taking care of the babbeh. Maybe she would blame everyone if her babbeh die from hunger since she is too small to produce milk.

Welp, time to serve up a healthy portion of parsley. Poor Mambo.

I think this is only the second time I’ve read a story where a mare raped colt/stallion. Emotional, well-written, and horrifying…well done.

Oh tha k god i was super nervous about this one, like i know we all agree fluffies aint real so abuse os fine, but this was almost too much for me

Hello Everybody! So, this is a commission I made for RandomAirPeople, about his pheromone canon. Something he created for his own fluffyverse. Let me explain it in details: All the foals, since birth, exhale a certain scent, and the mares will classify them into good babbehs, according to their scent, not just their colors. Knowing this detail, when a foal is abused (enffie babbeh), he may even recover, and etc, but this scent of abuse and trauma will never leave him. he’s basically condemne…

If this is how Biorb’s head cannon goes… Poor Mambo 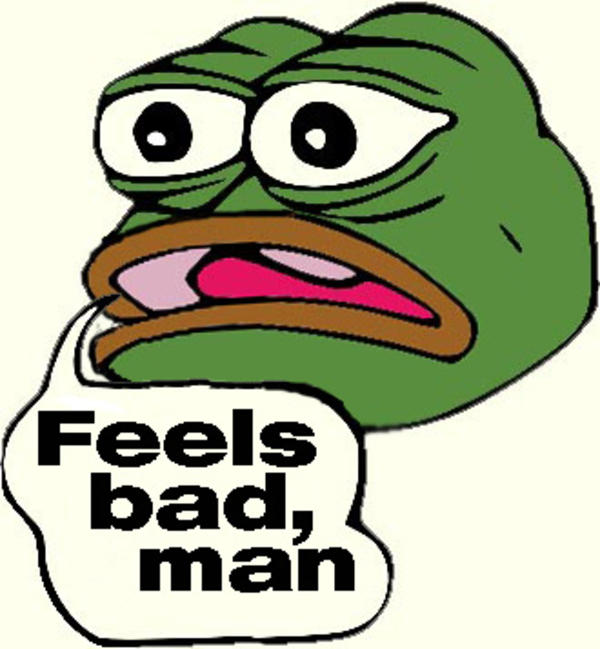