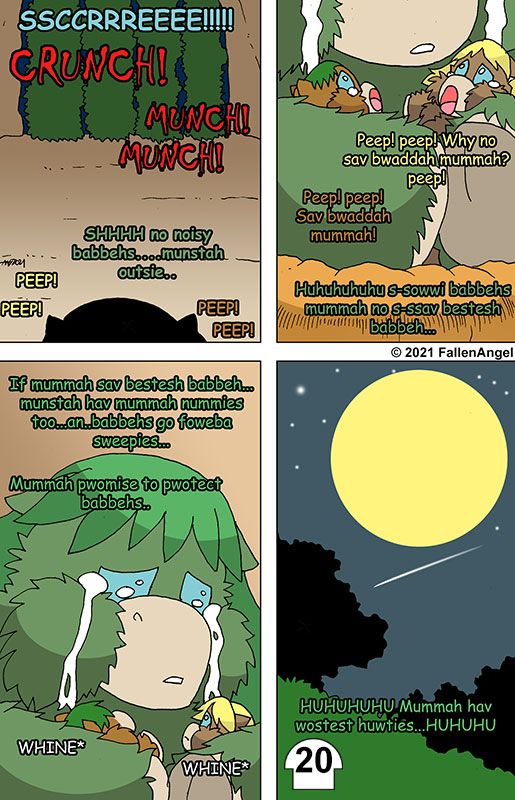 Remember what she said on Page 9.

Wait, the mare said to be quiet, so the creature has no rules like can’t get them while in their home? Kinda funny because the mare’s special friend got killed at the door of their home, so any reason why the creature did investigate the plate where the Stallion was running to?

would you look at that, SHE IS a good mother indeed!
Was sure we would get everything killed because she’d try to save her favorite shitrat

IF BESTEHS BABEH WASN’T A FUCKING JERK IT WOULD BE STILL ALIVE !!! Now shut the fuck up you little turds

well, she warned them all. I’m pretty sure the foals left won’t break the rule at least.

The draaks have rules one they cant enter someone house or property without being invited in, as they also the reason of the vampire lore in my universe.

its just a typical mother’s instinct to tell their kids to be quiet especially something bad was happening outside.

When foals are labeled bestes’ babbeh, the title comes with negative connotations to humans, to us, it means the foal is a spoiled entitled brat with a horrid personality, better off stomping it now. But to the fluffies, it means they are the favorite and deserve the best.

I didn’t think the monster would catch the bestest baby

It’s a good mumma shouldn’t feel guilty, she warned them not to go out and the blue by curious paid the consequences