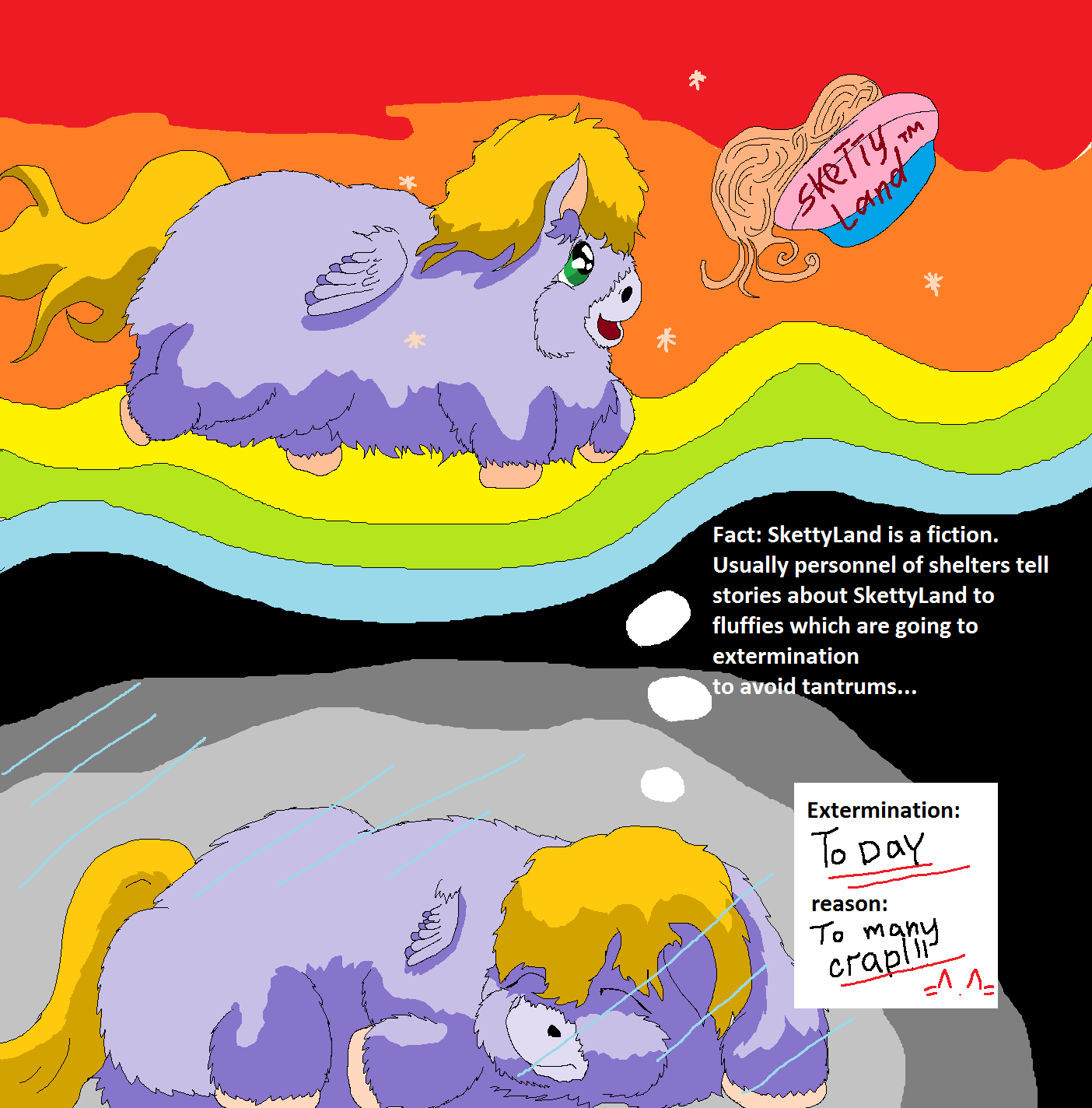 in my headcanon, divine concepts like gods and spirits were real once, but with technological progress, the power of human belief withered. one by one, gods crumbled into oblivion, until there was nothing.
and then humans created a creature that is more naive and imaginative than they ever were

Well, in my headcanon technology and the supernatural can exist side by side with no real problems.

Humans. They think the universe is all about them.

Really, you name it, it probably exists in my headcanon.

well in my headcanon skettiland is real in away

Is it the same way that it’s real in my headcanon?

You know what one of my favorite stories from the booru was?

The one about a gate to Hell being discovered under the Vatican, fluffies being sent in to explore Hell, and the fluffies breeding so much that Hell literally reaches max capacity and gives up.

haha, that why hell for fluffies always cut off and sew up the private parts in my headcanonn

There’s demon fluffies in my headcanon, too. Mortals can become demons, although they can’t become angels, and they don’t actually have to die and go to Hell to become demons. They can become demons even if they’re still alive. How exactly that works, I’m not gonna explain, it’s kind of a spoiler, so if your curiosity is piqued, you know how to find out, right?

And it is absolutely possible for humans and fluffies to use the power of demons for good.

The problem is not in technology, but in understanding of the world. The more you understand, the less you fill the gaps with the things you belive to be true, and vice versa.

i get what your saying

Yeah, but in my headcanon the world is so much more complex than humans think it is. There’s a turning point in my stories where humanity starts to realize just how little they really know.

It’s kind of like when a fluffy who spent her entire life in her daddeh’s house gets a glimpse of Babies!, runs off to get knocked up, and realises just how big the world outside the saferoom actually is. So you can probably imagine how most humans feel once the turning point is passed.

yea i wonder how would a fluffy react to a kappa

Our worlds are just different

Those probably exist in my headcanon too, though if they do, they’re probably exclusively in Japan, and outside of one or two stories, I haven’t really done anything with Japan.

yea but still, im drawing a kappa and i wanna know how a fluffy would feel

True. But that’s the great thing about headcanons. You can play by your own rules. Plus, I like comparing the differences between my headcanon and other headcanons. I like learning more about how other creators do it, what rules they play by.

So if you don’t want any wizard robots in your headcanon, that’s fine by me.

However, you cannot say that a wizard robot isn’t totally bitchin’ radical awesome. You just can’t. I won’t believe you.

This sounds like berserk with the idea of evil and stuff

At least it be less scary and painful for them , I guess will add this on my slaughter house future story skettiland to “good” fluffies and “hell” to bad fluffie.