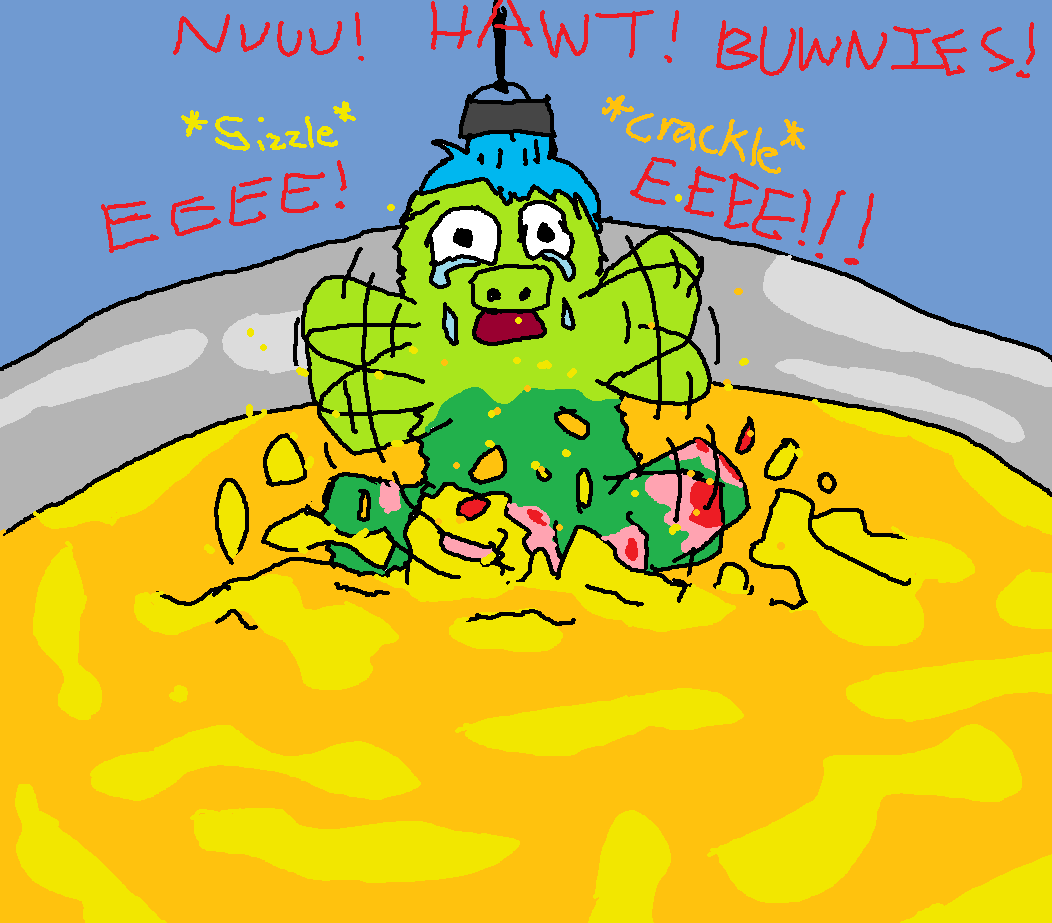 Comming from someone who worked at an hotel’s kitchen, cheese is considerer fat just like oil, so both burn are equally awful, debatible cheese might be worst because it sticks into the skin and can peel it off. So cheese or oil, it’s a damn heavy burn regardless

this is really true
burning hot cheese is basically napalm

i meant to ask you this before: since fluffies (likely) have human dna, is eating them some form of cannibalism? and if you eat fluffy brain, do you go insane like with human brain? (was that real or a hoax that i saw on the internet)

Ya only go insane from eating another person’s brain if they have a prion disease, which are basically 100% fatal over time, but wait in your body like a time-bomb until your body starts to copy it. Kuru only exists among some cultures that practice ritualistic cannibalism as far as I know.

Nothing to say that the fluffy couldn’t have some other prion disease though, which are also fatal. A researcher died 8 years after barely puncturing her skin with forceps that handled mice brain which were infected.

Procedure for surgical tools used on a prion compromised patient is like 4 hours at 900 degrees in an incinerator. Prions aren’t alive, so they can just wait there, forever, unless you properly destroy them.

Whether fluffies have human DNA is (of course) a matter of headcanon. In my headcanon the composition of fluffy DNA is a trade secret protected by the draconian intellectual property protection laws of the reunified USA. The only nation where it’s an open secret is Texas, and Texas keeps eating fluffy. Take from that what you will.

Whether eating an animal with human DNA is cannibalism is a question WAY above my pay grade.

Well, just because some animal shares DNA with humans doesn’t make it human. See pigs or chimps for example, which share a large amount of DNA with humans, but are still considered food.

I feel as though boiling cheese is worse

Can feel the agony in this image.

Thanks for asking! Here it is:

Thank you RQ your the best.