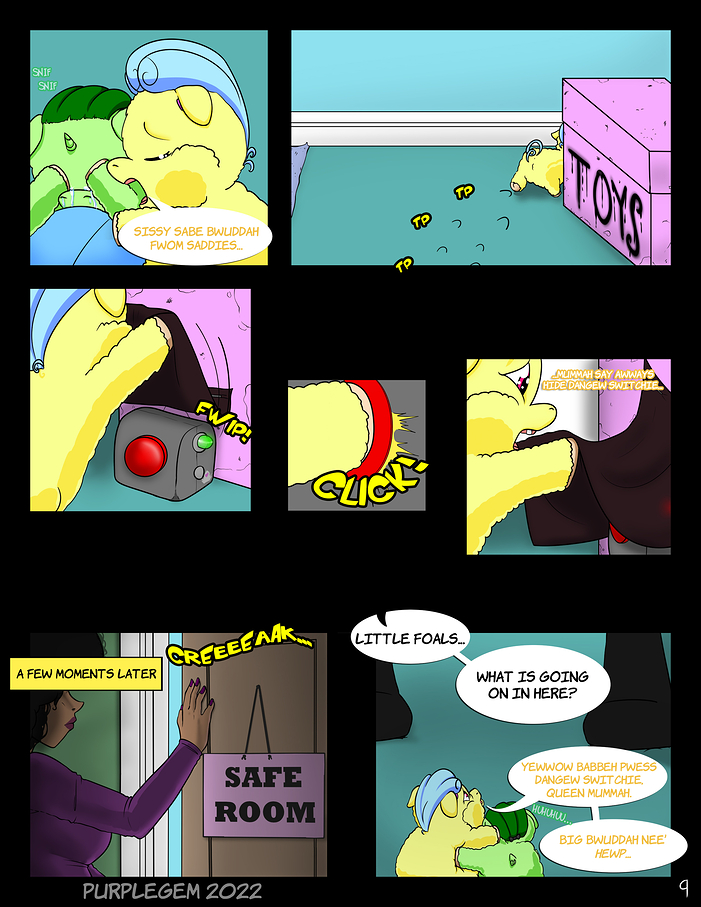 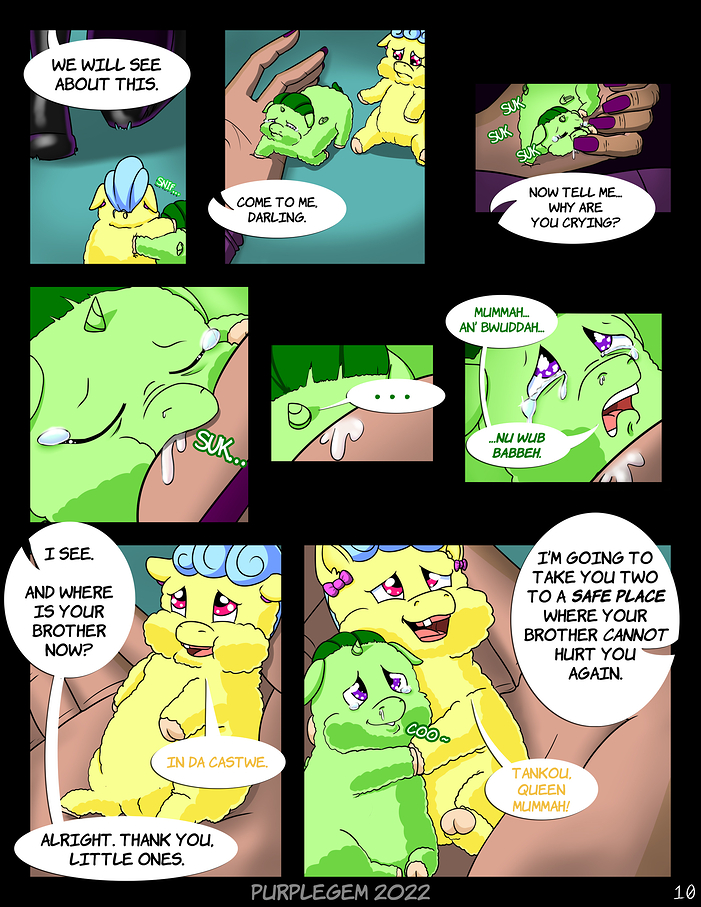 Okay thank God that ball didn’t fuck up the poor foals. Blue fatty deserves everything coming to him, along with mummah.

Fuck yeah! I cant wait for the next one. This is so so good.

You’ve dialed up the cuteness factor by 100, but we still don’t know the owner’s true intentions

Sounds like only Yellow foal knows about the switch, Queen mummah knows yellow is a good sissy and wlll look after her bwuddahs

So glad you’re continuing this <3

I don’t get the vitriolic hate for fat pets or children (fluffies kind of count as both). It’s not like they can be expected to understand nutrition, it’s the owner’s/parent’s fault they’re not well.

Fat fluffies are typically spoiled brats that are fat because they hog milk/food. That’s why they’re hated.

In this case it is his mother’s fault due to her clearly favoring him over her other foals. He’s also a rude bastard making his brother cry so I hope he is mainly hateable in that sense. I get what you mean though.

At least the yellow filly is a good sister. May the blue fat fuck suffer horribly.

It took me this long to realise. “Queen Mummah” took away however-you-spell-her-name because all the foals have teeth and dont need her anymore!

I dont think anyone hates him because fat, its because hes a spoiled little asshole, which has, yes, contributed him into being a fat bastard. If he was fat, but nice and loveable, then i guarantee his chubbiness would be viewed through a more empathetic lens

True. (While they should still be capable of walking and running for reasons of their own health and safety, slightly round animals are very cute. Fluffies seem to be naturally round, but once their bellies drag I worry.) 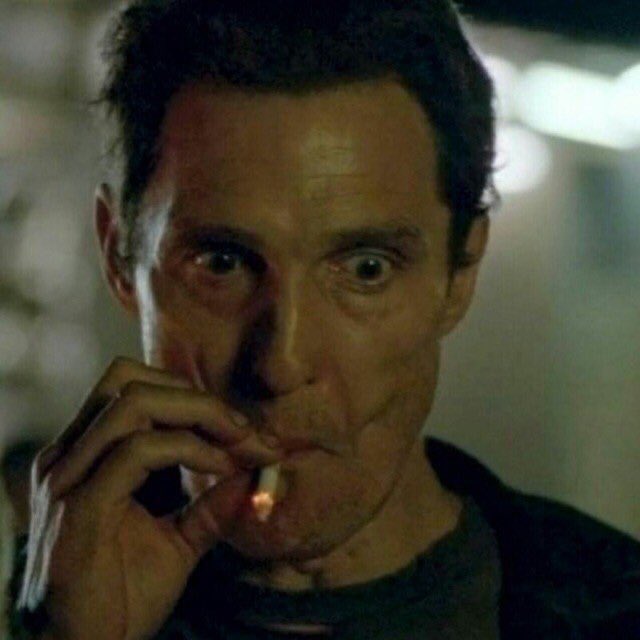 I sit here with serious anticipation… Let the games begin…