phew, i’m finally home and just in time for drawing some house entries for round 2 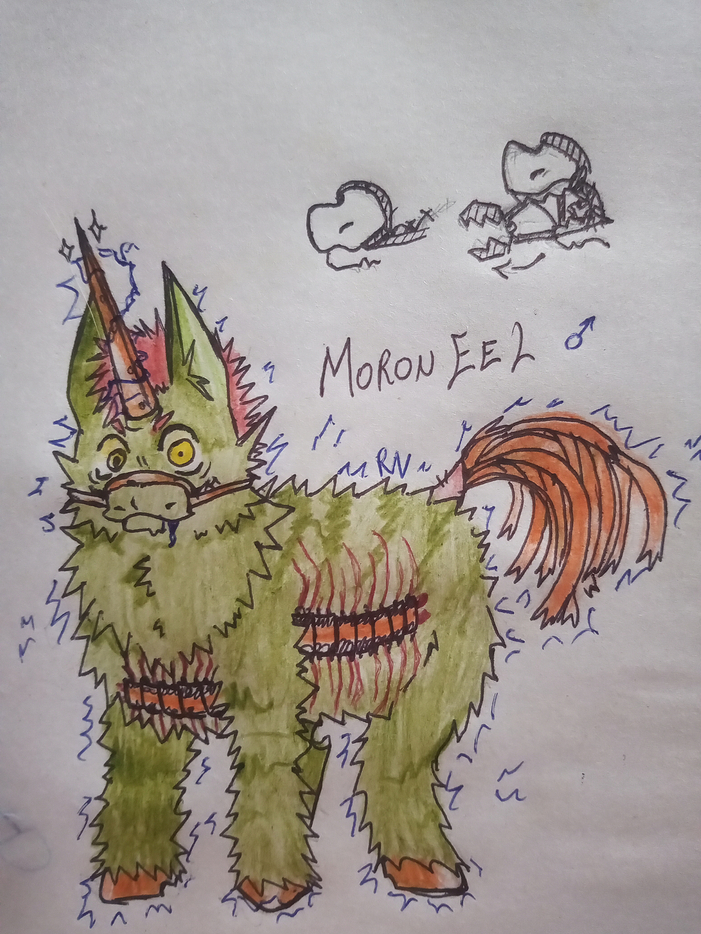 Moron Eel ;
A very unfortunate colored smarty that was found in some back alley, some false promises and he was ready for the battle. His body is LOADED with batteries of all kinds and (stolen) copper wires are hidden in his fluffy. With metal (and more stolen copper) reinforcing some extremities of his body with more eletricity, his fried brain is ready to head to battle!

Pros ;
• electricity runs through his entire body, no place is free
• totally forgot to mention, but he has some kind of metal second “jaw” that jumps out and bites when he open his mouth (wich too, contains electricity)
• his horn, hooves and tail have the most letal quantities of electricity

Cons ;
• absolute moron from all of the shocks that his brain took in the beta testing, any average strategy is too much for him
• slow, his brain is not the fastest
• if his enemy is too big and manages to absorb all of the electricity that M.E hits them with, the batteries eventually runs out of utility

Janitors ;
A scientifically created clone that was brought by some random and set with a leaf blower with some modifications to have a powerful suction and push (i forgor the word i was gonna use). It’s incredible will to clean will make it a focused fighter, sucking anything that it’s opponent throws at it and ejecting it (or even the opponent) far. And if there’s nothing else to clean? It will clean it’s opponent insides.

Pros ;
• all of its equipment is light, so it can be very fast
•focused, nothing stop it from it’s mission
• knows how to dodge obstacles pretty well
• great aim

Cons ;
• no defense equipment, totally vulnerable
• he will “clean” anything, this also include active explosives
• no actual ofensive equipment, has to get close to its opponent to try to succ their organs out if nothing is throw at it
• may forget its opponent if there is something else to clean

Both are house fluffies for round 2 of battle fluffies

Excellent.
They wil be put to good use.

I misread Moron Eel as Moron-Eel and at first wondered if it was some fluffy version take on a name from Krypton. 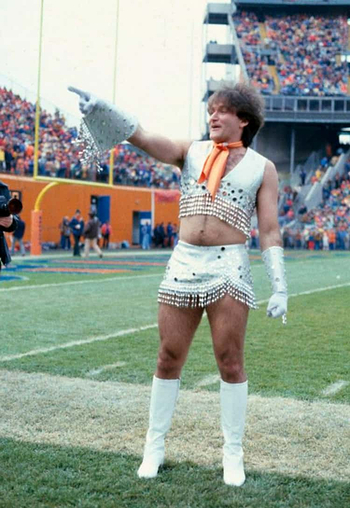 Most likely but I somehow just added a hyphen to the existing name yet my mind still wandered off to Krypton. My brain misfire often and misread things quite often with hilarious results.

Well there is a DC character named Mon-El. 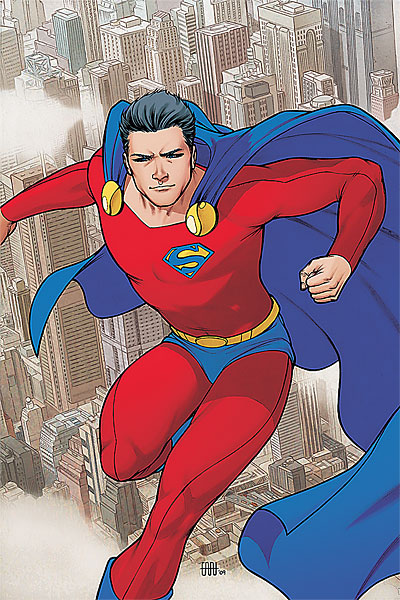 Lar Gand was born on Daxam in the 20th century. He was a seeker who studied forbidden lore. Lar discovered the fate of Krypton and tracked down the rocket sent right before the planet exploded. He ended up in Smallville (without memories) and met...

Make of that what you will.

Moron eel has some alien tier stuff right there!

There are some chances that Alien took inspo from moray eels, since that “second jaw” is a neat trait from morays 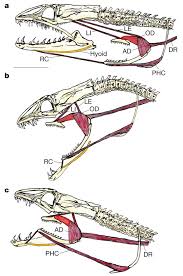 Their main purpose is to snatch the eel’s catch and deliver it to the esophagus for swallowing, since they eat it whole