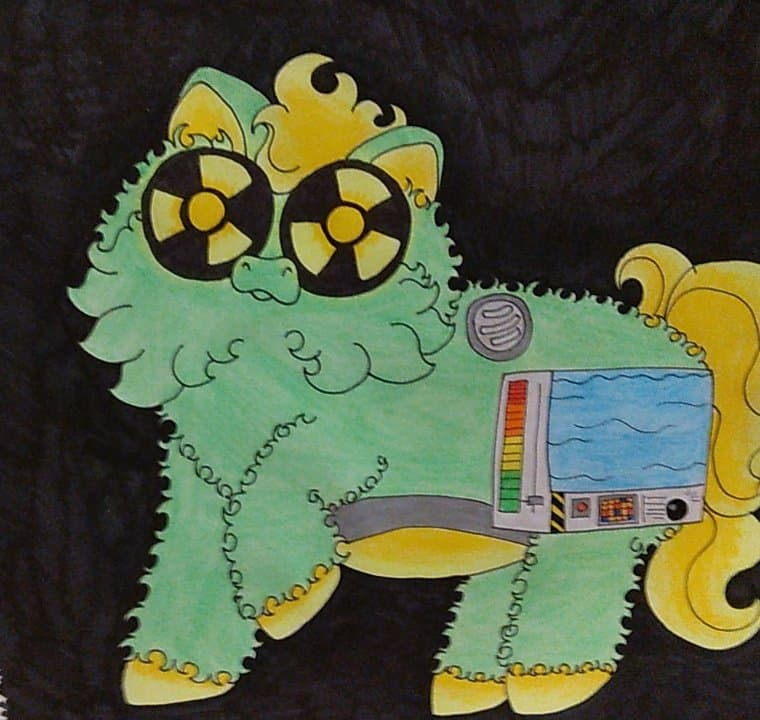 Experimented on by a mad scientist, Nuke was augmented with a miniature Atomic Core in his belly and a pair of emitters over his eyes, allowing the fluffy to fire short ranged but potent atomic blasts. His mane/tail now pulsate with the same glowing yellow of the core in his belly and the radiation symbols in his goggle emitters, flashing rapidly right before he fires.

Damnit. The immediate thing that blasted its way into my brain was: Hey everybody, did the news get around about a guy named Butcher Pete?

…a one trick pony.
Ouch that pun burns more then his nuke.

A fluffy with the power of Godzilla. I’m glad I came back to this place, if only just for this.