Of bee stings and balls (by Booperino) 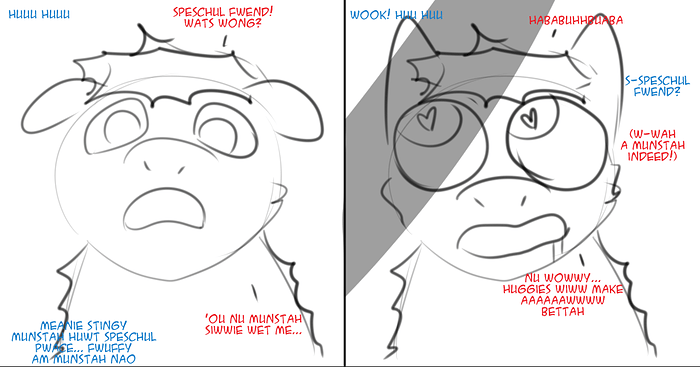 A quick sequel to Sweet Dreams, Rude Awakening by:Foxhoarder and based on a dumb meme

Also attempted to draw in @Foxhoarder style XD thanks for approving the strip!

Im laughing at the premise but at the same time my brain just keeps jumping back to 'No they were stung in the ball/‘s~’ and picturing a mickey mouse style shadow. xD

xD that could work too, but i had to draw the “big shadow/hentai eyes” thing lmao

let me get the meme again for context lol

Fair. It’d be a completly different comic feel if it were just big balls. ala medicinal kfc southpark episode.

Im startig to see a sexual pattern her, and i dont think I like it…