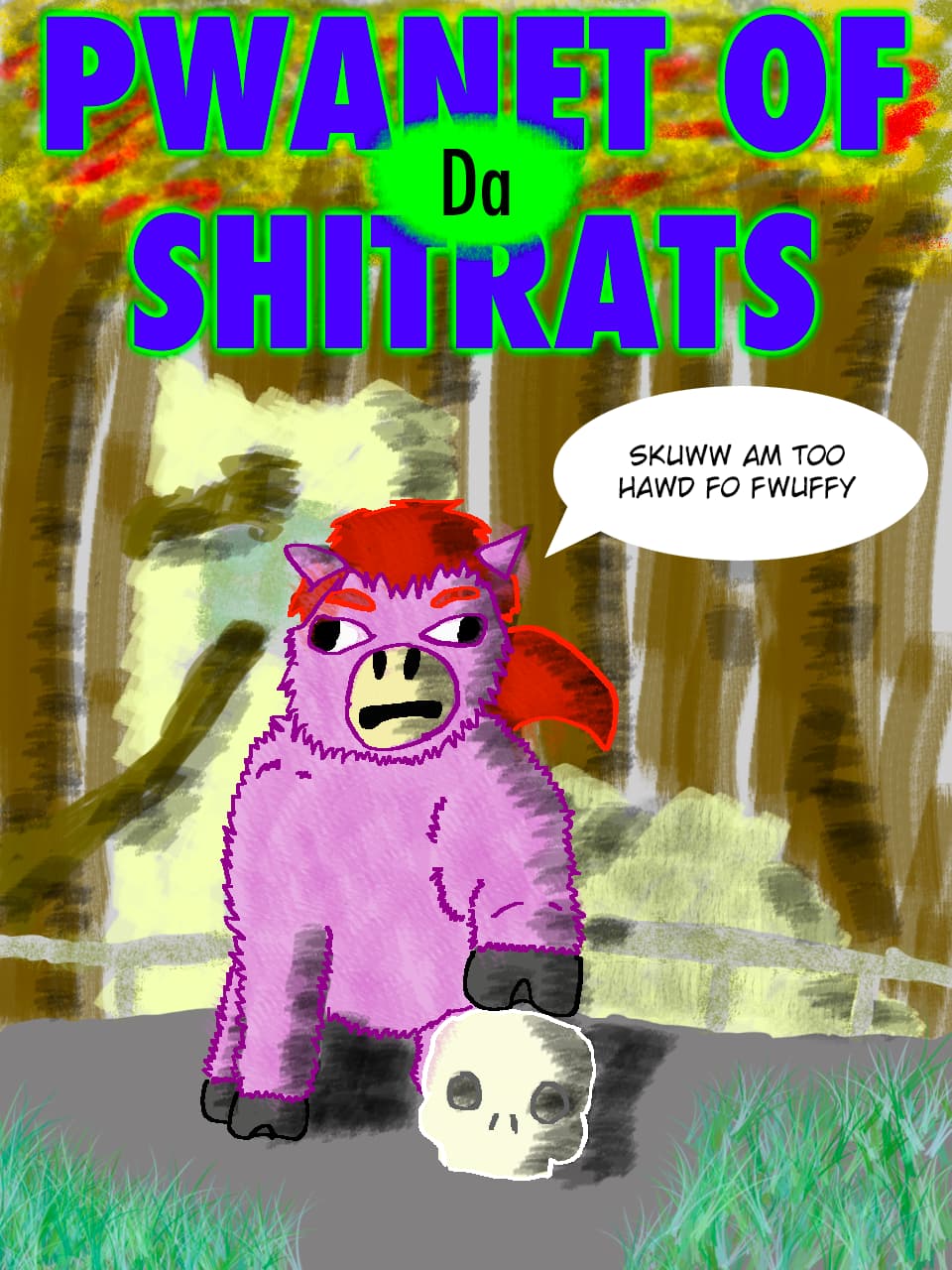 In the unlikely year of 21XX, Fluffies are the dominant lifeform on earth, with human beings residing primarily in heavily defended walled off megacities. In this era, Kiri-Same, heir apparent to the Yukkuri kingdom of Ray-Moo, sets off on a quest to one such city known as Boswash NEC to discover it’s destiny. But that’s a story for another time.

The only way I could envision that is if there were environmental factors that were super lethal to humans but not to fluffies. Like if fluffies were immune to gamma radiation or a plague, or something.

Get your hands off me, you damn, dirty fluffy.

I should write out the FluffYuNiverse Timeline at some point.

EDIT: Timeline is up: FluffYuNiverse Timeline (V1) by Fluff Yu

From years of stories of humans teaching them how to do basic farming the fluffies do some agriculture in the future. Humans from the cities often raid these because of food shortages in the cities. Meanwhile fluffies seek to capture/kill the humans to prevent the loss of crops.

Meanwhile these crops have developed a dependence on fluffy poop so even if people from the cities take land from the fluffies the crops die over time forcing the people back to the city, join the fluffies or migratory raid/settle.

Also human hands are useful in helping them prepare said crops into things like Spaghetti as well as performing maintenance on their human catching gear. I imagine they probably have a base of Iconoclast esque human supporters but fluffies being fluffies always want more so they need more humans to make goods and their loyal human base does what is needed to ensure compliance of the slave daddies/mommahs.