Some downtime doodle thoughts from The Toy Castle: 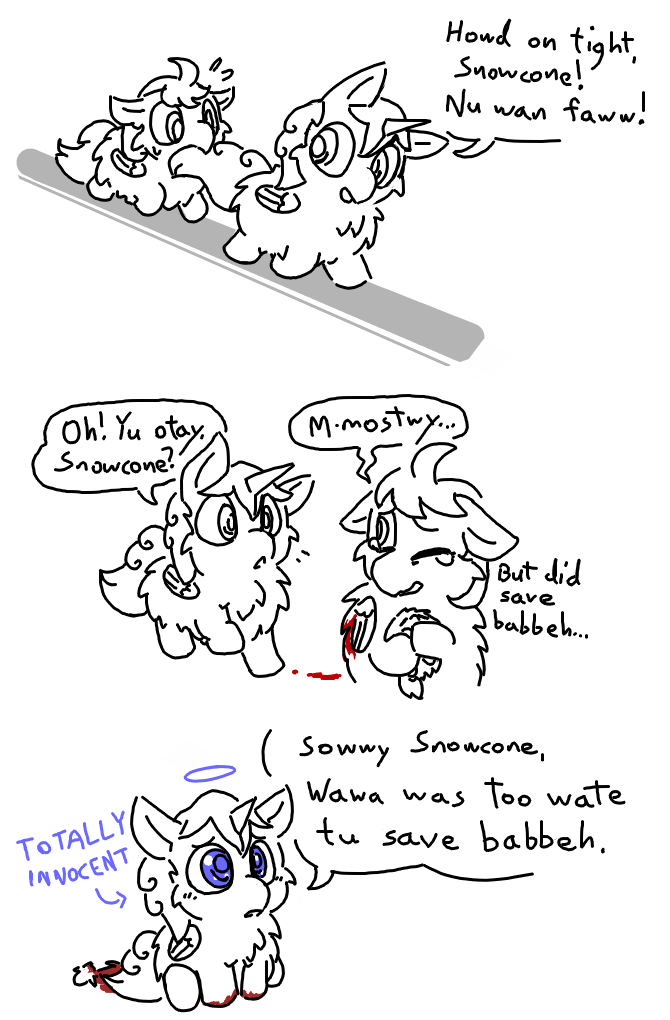 Sometimes I forget that Wawa’s supposed to actually make Snowcone trust him before betraying her, he doesn’t shove her into a pit after three steps. This is the reason Snowcone’s so pissed at him once he shows his true colors.

Since The Toy Castle is a game concept, I’ve realized that I tend to think about it as “each area has 10 foals to save”, but… that’s like 40 foals in a single herd… That’s a lot to try and save/kill on your own!

Bonus: Since Wawa’s helping and acting trustworthy until he gets a good chance to kill Snowcone, and you can actually skip the first murder attempt by not following Wawa’s instructions, I got the non-canon thought of just bypassing every murder attempt and thus not knowing Wawa’s meant to be evil by the time you reach the starved smarty he keeps caged later on. 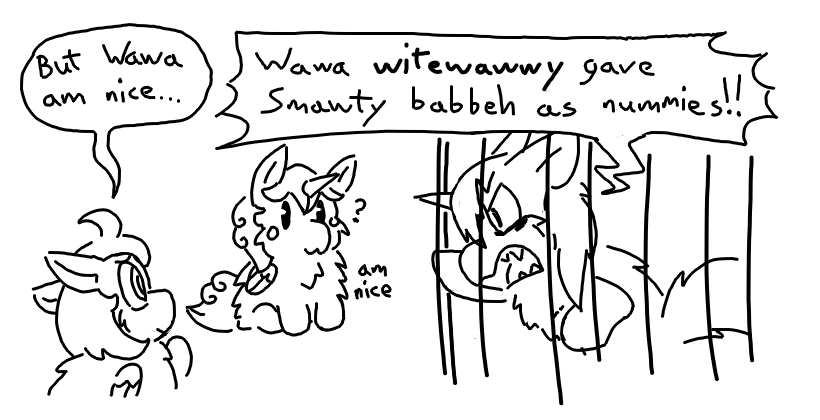 His innocent face is adorable.