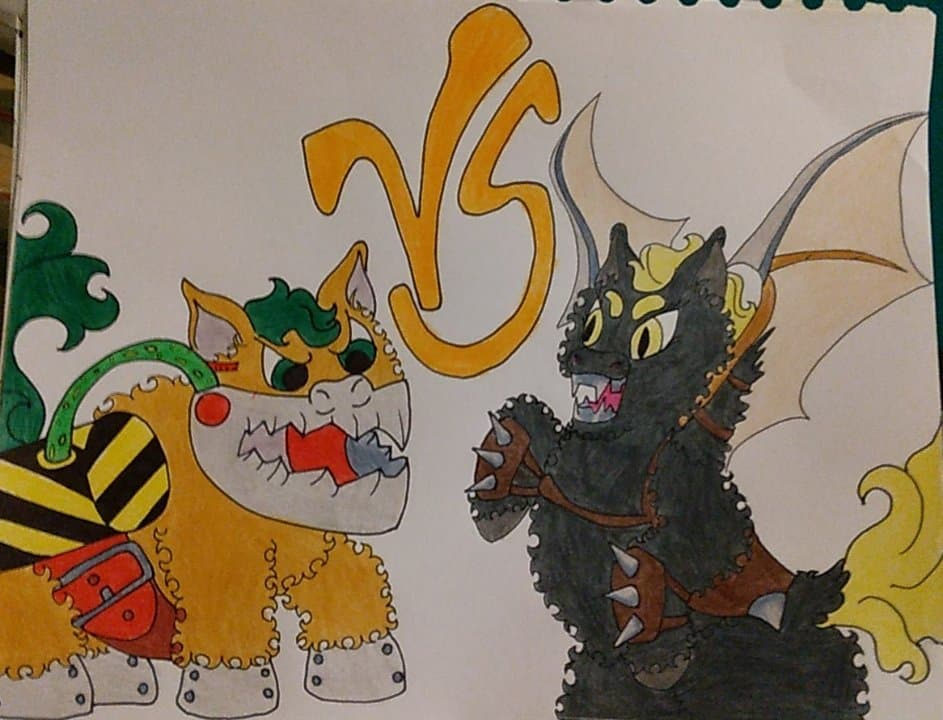 Mr.Chomp and his acidic metal jaws!

Who will be victorious? Who will taste defeat?

Swish has got the height advantage with the ability to fly,but it doesn’t look like she can do much damage aside from little bites,or perhaps some forwards kicks with the metal wristbands.
But Mr. Chomp only has his acid jaws and metal hooves,neither of which do him much good if he can’t bring Swish down to his level! If Mr. Chomp can get Swish out of the sky I think he’s a shoe in,but if Swish can keep her wings undamaged,she can perhaps gnaw Mr. Chomp enough for Mr. Chomp to lose.

I imagine the fight taking place in a gymnasium like arena, where there are random inclines and the like that would both allow Swish to take off again to glide but also let Mr.Chomp get closer to the airborn pegasus.

Even if there wasn’t inclines and such,Swish still has to get in close to attack Mr. Chomp with her teeth! So if Mr. Chomp can grab her as she dives or as she is biting him,or even tear her wings,I’m thinking he has her beat.

Mr.Chomp clearly has the attack power advantage.
It all comes down to whether people think Swish can float like a butterfly and such long enough while getting in attacks to pull off a win. 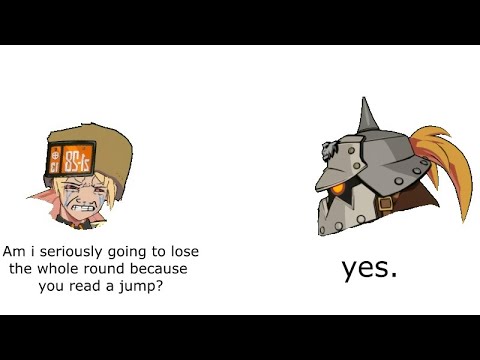 Actually, Swish has razor blades on her wings.
I always imagined her to be able to lash out and slash with them.
Those are her primary weapons huge ass razor blades.

I’m aware. P3 even drew them if you look closely.
Only saying that those vs an acidic beartrap mouth is a huge difference in power.

I saw them I suppose I should have responded to @PeppermintParchment.
But the huge disparity in power is what makes these things fun.
It can go either way.

I agree 100%. Any fluff being able to win any match up is part of the fun in battlefluffs.
Some vote for who they like most, some who they think would win strategically.

I think that’s why people take to it.
But it just a good thing to have an event the community can get together over.
The master posts has been updated we got our second winning fluffy.

I don’t vote out of principle, im organizing\overseeing this thing.
Be odd if i suddenly started playing favorites.

I do like to think Swish can fly, because I plucked her from my steam punk fluffy stories.

I just assumed she could glide but that’s a very important distinction and changes a lot.
Also I owe P3 a coke as she kept referring to Swish as female and I told her she couldn’t possibly know that lol. Plus I thought Swiftbitches created her.
And same. I’m voting on the other battles but not this one.

Well P3 was right, Swish is a she
Swift rose to the occasion to draw them but Pepsi and Swish are mine.
They are house fluffies.
I use house fluffies to pad out the roster, so that every participating artist can have a go at drawing a battle in the elimination bracket.

As for Swish flying.
Lets say she can fly but can’t keep it up for very long 10-20 seconds at a time at best.

I know about the house fluffies, I just didn’t know you created both Swish and Pepsi.
I also want you to know that Pepsi is adorable and I will vote for him no matter who he comes up against.
Also I added your name to the title due to you creating Swish.

I’m just making it clear for other people reading these posts.
Swift made Pepsi disgustingly adorable.
I don’t think Pepsi will get far in the elimination round though.
He is pretty far behind in the votes in his fight.

As Owl pointed out, Swish can float around the ring all she wants, but if she wants to eliminate her opponent she has to close the distance.

Mr. Chomp is the ideal fluffy ambush predator. Like it or not, this is what peak performance looks like.

Paladin got lucky that I fucked up and put him against The Piercer instead.

Paladin has litteraly no weapons. I am of a strong belief that he won only because his armor looks cool

Paladin reminded me of Quesada.
I might not be the only one who thought that.
But we wil see how well he fares in the next bracket.

He’s got claws on his hooves.

But claws and armor vs mechanical dunkleosteus jaws?

Not even a match.